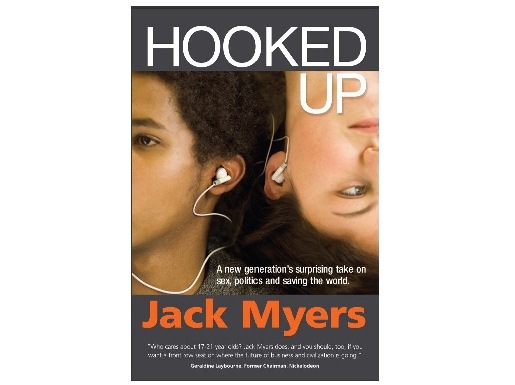 Chapter 17 of Jack Myers' book Hooked UP: A New Generation's Surprising Take on Sex, Politics and Saving the World focuses on how the Hooked UP Generation -- born 1991-95 and the first generation to grow up with the Internet – is impacting culture. Hooked UP was published in 2012 and is winner of the International Book Award for Youth Issues and finalist for the USA Book Award for Pop Culture.

Cultural jamming is also made successful by its ability to "resonate culturally across socio-economic and age groups as well as borders," reports Michele Micheletti and Dietlind Stolle in a Cultural Studiesarticle, "Fashioning Social Justice through Political Consumerism, Capitalism, and the Internet."

Culture jamming's main tool is the Internet meme. Lance Bennett of the Center for Communication and Civic Engagement defines Internet memes as "condensed images that stimulate visual, verbal, musical, or behavioral associations that people can easily imitate and transmit to others." Beth Bulik of Advertising Agedefines the meme as "any cultural information transmitted from one mind to another...something -- an idea, art, person, joke, even advertising––goes from unknown to extremely popular very quickly."

The Internet meme is a force to be reckoned with. Whether it takes the form of a dancing cat or a college protest, the Internet meme is capable of changing the world. Until now, the meme has largely been derided as a procrastination tool for slacker college kids, but those very college students are working hard to challenge such unfounded stereotypes.

Internet memes can take the form of videos, pictures, hashtags, or even simple words and phrases. Memes have been a part of society for a long time, but their influence has only increased with the rise of the Internet. Social networking sites such as Facebook, Twitter and Tumblr allow users to share all kinds of content. Sometimes, a video or a picture will catch on with a small group of young Internet users. These users, often enrolled in college, recommend the content to others. Once in a while, this will spiral out of control, at which point the content officially reaches meme status.

Memes range from silly to spectacular, but all share one thing in common: a remarkable impact on the culture of students in high school and college. The attitudes and behaviors of many students have been shaped by prominent Internet memes. Memes are typically humorous or satirical but there are many examples of more serious Internet memes.

One of the more popular memes among the Hooked Up Gen is "First World Problem" (often referred to as FWP), which refers to "problems" experienced in Western society that seem trivial when compared to the prevalent issues in developing nations. The meme has been criticized for making light of a few real problems that really are worthy of attention (such as eating disorders) but it also demonstrates that today's young adults are aware of their privileged status and is an acknowledgement that the problems and issues confronting many in this generation pale by comparison to the problems faced by their counterparts in third world countries. The meme personifies the unique perspectives of young people who struggle with many of the same problems of older generations. But thanks to their global connectivity they are very aware that their challenges pale by comparison to those in less fortunate circumstances.

Here are a few more memes that have been especially popular:

Although they are intended primarily for comic relief, the satirical element of demotivational posters also reveals what many college students view as the futility of the positive thinking industry. Ten years ago, young people were devoted to positive psychology. Today they feel that positive thinking is not the answer to all of life's problems.

Tebowing : Every football season, there is some athlete who captures the attention of millions of fans and causes a media frenzy. For the 2011 football season, this player was Tim Tebow, the starting quarterback of the Denver Broncos (and now of the New York Jets). Tebow's unorthodox performance may have hit headlines, but the quarterback gained notoriety for displaying frequent expressions of his deep Christian faith. His habit of kneeling on one knee and praying during football games spurred an internet meme known as "Tebowing." In this meme, students post pictures of themselves kneeling to pray in unusual locations, such as in the middle of a busy intersection or, in the case of several celebrities, on the red carpet. The intent of most students may be to poke fun at Tebow, but plenty of others express admiration at Tebow's unapologetic demonstration of faith. 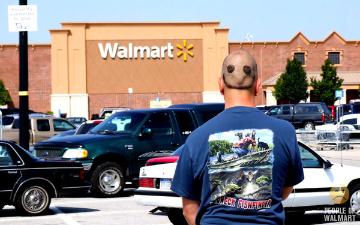 involves goofy and sometimes disgusting pictures of the many people who shop at Walmart. A few highlights from the site include: a mug shot of a woman caught making meth in a Walmart, dozens of men and women sporting mullets, shoppers dressed in nothing but underwear and a minivan stacked with dead raccoons. Some college students view the People of Walmart meme as an updated form of the redneck joke, while others point to it as a prominent display of long-standing stereotypes surrounding working-class people.

Lt. John Pike Pepper Spray Video : The "Occupy Wall Street" movement brought about a storm of reactions in the world of social networking. One video went viral almost immediately. The clip showed a policeman spraying students at close range during a UC Davis protest rally. What was especially

significant about this video was the fact that the students were all lined up peacefully in a row. College students quickly got hold of photos of the policeman and photo shopped them to form satirical pictures. Examples include Lt. Pike pepper-spraying a baby seal, a kitten and even Obi-Wan Kenobi. In one interesting mix of memes, a student photo shopped Pike pepper-spraying a kneeling Tim Tebow.

Weinergate : In another stunning mix of politics and viral internet sensations, Congressman Anthony Weiner created a bitter legacy with a single lewd photo. Weiner intended to send the photo in a private message to a college student but it was subsequently Tweeted out for the world to see. Twitter users marked the resulting controversy with the hashtag #Weinergate. The term soon made it into the mainstream media and is now the chief means by which Americans refer to the scandal.

Old Spice Commercial : Occasionally, a successful meme translates into commercial success for large companies. This was certainly the case in 2010, when Old Spice released a series of commercials starring Isaiah Mustafa. The campaign proved wildly successful, reviving Old Spice's place in the much sought-after eighteen to thirty demographic. According to KnowYourmeme.com, "In August 2011, Old Spice Guy was highlighted as part of G4's month-long popularity contest called MEMEFIGHT, featuring 32 internet memes reviewed and selected by a special panel of internet culture experts. Following a series of user-voting contests, Old Spice Guy took the victory in the final round against Demotivational Posters, once again reaffirming the impact of the marketing campaign."

Obamagirl: As Barack Obama's presidential campaign started to gain momentum in 2007, a YouTube actress drew on the candidate's celebrity status among college students by starring in the music video "I've Got a Crush On Obama." In this video, the woman dances seductively in front of photos of then-Senator Obama, singing lyrics such as "baby you're the best candidate." The video was just one of many expressions of "Obama-mania" that took place on college campuses during the 2008 election campaign.

Whether used as comic relief or a tool of social upheaval, internet memes are capable of making some real changes in the world. The current generation of college students and recent graduates understands the significance of internet memes and is prepared to harness that power for future endeavors.

In one of the most successful culture jamming memes to date, activist Jonah Perreti engaged in a series of email exchanges with a custom Nike website. Perreti wanted to customize a pair of Nike shoes to include the word "sweatshop" in hopes of calling attention to Nike's notorious use of sweatshop labor in third world countries. Nike's immediate refusal should come as no great surprise. What is surprising is the reaction spawned by Nike's response to Perreti's request. Perreti condensed all the email exchanges into one email, which he sent out to everyone in his email address book. Almost overnight, one simple email transformed into a huge viral email campaign, which then turned "quickly into mass media news and culture content, carrying with it questions about the limits of consumer freedom and the discomforts of making a fashion statement with expensive shoes made by child sweatshop labor."

Perreti was able to spread a compelling message over the Internet back in 2001, before Facebook and Twitter even existed. If he could alert the world to the injustices of sweatshop labor with a simple email, there's no saying what the current generation of college students can and will continue to accomplish with the help of social networking.

Recent examples of meme-infused culture jamming abound. In the summer of 2011, 24-year-old Nancy Upton made headlines with a series of photos that rose to stardom in American Apparel's plus-sized modeling contest. Dubbed the "Next Big Thing," the contest's supposed intent was to find "fresh faces" to star in a "bootylicious photo shoot." Upton had no problem with the idea of plus-sized models in American Apparel's advertisements, but she did take issue with the patronizing attitude displayed in the clothing retailer's contest promotions. She retaliated with a series of racy pictures that showed her scantily clad while pigging out on ice cream, chocolate syrup, chicken wings, and cherry pie. Young women almost immediately launched the photos into viral status, sharing them with friends on Facebook and visiting American Apparel's website in droves. Upton won the most votes hands down, but her victory was not recognized by American Apparel. This rejection only added fuel to the fire, as social network users continued to post the photos while voicing their opinions on the place of plus-sized models in today's society. The news media caught on and American Apparel found itself defending the controversial decision in front of legions of journalists and broadcasters. The clothing retailer eventually gave in, later inviting Upton to company headquarters for a tour and a discussion about marketing to plus-sized women. Eager to make a positive change, Upton went on the trip, took the tour and talked with the executives. Upon her return, Upton still didn't feel that American Apparel was taking her (and other plus-sized women) seriously. She did, however, appreciate the fact that her activism provoked a national discussion that, arguably, would not have been possible without the help of millions of socially networked teens and young adults.