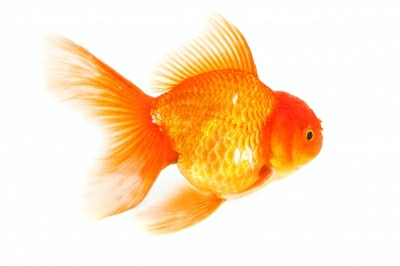 According to the National Center for Biotechnology Information, the average American’s attention span was 12 seconds in 2000. By 2013, our ability to focus had dwindled to 8 seconds -- one second less than the average attention span of a goldfish. A goldfish!

The experts tell us that our dwindling attention span is, not surprisingly, the result of the always-on and ever-expanding river of information -- content and data -- that characterizes our networked world.

More options, but no margin for error.

So many platforms, so little time to get anybody’s attention.

I couldn’t help but think about the paucity of consumer attention as I joined hundreds of executives from top beauty, fashion and lifestyle brands and their agency representatives at Conde Nast’s “New View” presentation last Thursday. The event was both a celebration of the media giant’s new headquarters at 1 World Trade Center and an opportunity to showcase the commitment of Conde Nast’s content units to provide marketers with solutions.

Looking out on the city from 63 stories up, I let the thesis presented by Edward Menicheschi (Conde Nast Media Group President and CMO) set in: success on a playing field in which attention is a scarce commodity demands a profound, intimate understanding of your audience (“better than interesting” content) and profound data to back up that intuition (“find the right audience at the right moment”).

While I agree with his thesis, I think there is an even more powerful, less obvious third element at play here. I'm beginning to think that taking calculated risks on content is the new currency -- that we must be bold and experimental -- not to beat the system, but to satisfy audiences in a world where there's never been as much content as today. We need to explore the relationship between risk and success in an economy centered on focus.

The idea that powers the concept is decades old. In 1971, Nobel Prize winner, political scientist and economist Herbert Simon said that attention “consumes the attention of its recipients. Hence a wealth of information creates a poverty of attention and a need to allocate that attention efficiently among the overabundance of information sources that might consume it.” Eventually, this hypothesis came to be known as the attention economy, and today, supercharged by social networks, it is more relevant than ever before.

More than four decades after Simon made his observation, we're all still trying to figure out how to win in the attention economy. Some contend that finding and harvesting our scarce commodity always begins with great content. Others argue for the primacy of knowing our audience so well that we can intuit what they might do or how they might behave.

I, however, believe that in an attention-starved marketplace -- one of chaos, confusion, and congestion -- success favors the bold. That in a world of black and white, one should wear aubergine.

In other words, marketers should instead be asking themselves, “How can I take more and better calculated risks, pushing the boundaries of what’s possible? What new ways can I find to deliver consistently exceptional content? Where are the new platforms and ideas to consistently capture the attention of my audience?”

In the new attention economy, we really have only two choices: we can either swim with the guppies or cannonball into a school of goldfish. I prefer the latter.

founded MediaLink in 2003 to be a transformational partner to the world's leading media, marketing, and technology companies. Bringing these groups together while balancing strategic insight with pragmatic execution, MediaLink guides its clients through an increasingly fragmented media landscape.

As Chairman and CEO, Kassan has led the firm's expansion from strategic advisory into multiple business lines including executive search, financial due diligence, agency benchmarking/reviews, and trade marketing. With a culture focused on both confidentiality and transparency, MediaLink now sits at the epicenter of major cross-industry initiatives and legislation helping to build consensus between government, marketers, and publishers. Michael can be reached at michael@medialink.com.