Dan Bucatinsky Is Forever a Friend of "Friends" 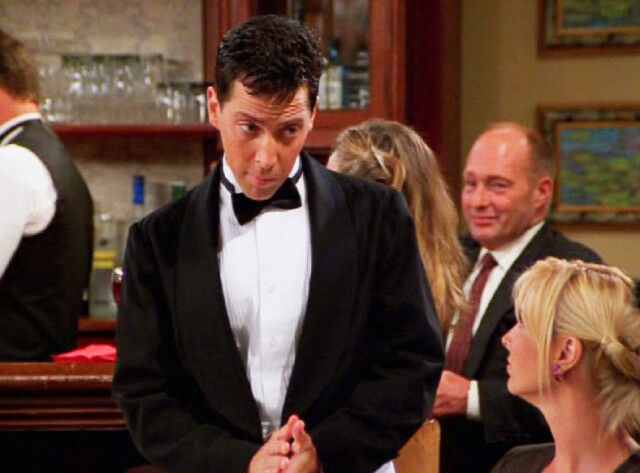 He’s probably best known for his Emmy Award-winning portrayal of James Novak on ABC’s Scandal, but of similar note actor, writer and producer Dan Bucatinsky is also a Friend of Friends.  In 2002, Bucatinsky appeared in the fifth episode of season nine, The One with Phoebe's Birthday Dinner, playing a snotty waiter at Phoebe’s disastrous birthday gathering.  It might have been a small role, but for Bucatinsky the chance to get to work on-screen with one of his real-life best friends was a dream come true.  “I knew Lisa before doing the Friends episode as we’d became production partners,” he told MediaVillage in an exclusive interview at the 2020 Winter Television Critics Association tour.  “It was the year we started the company.  My husband (Don Roos) wrote the movie The Opposite of Sex, in which Lisa appeared, and she and I actually went to college together years ago ... only we never knew each other in school.

“We met when Don cast her, then I cast her in a movie I made called All Over the Guy,” he continued.  “It was after that she and I started the company (Is or Isn’t Entertainment), and that year we were at Warner Bros.  A lot of our meetings took place in her dressing room, so I was at every taping of Friends’ [later episodes], and I became friends with [executive producers] David Crane and Marta Kauffman, who asked me to play the part of the waiter at Phoebe's birthday dinner.  I was thrilled to do it!” 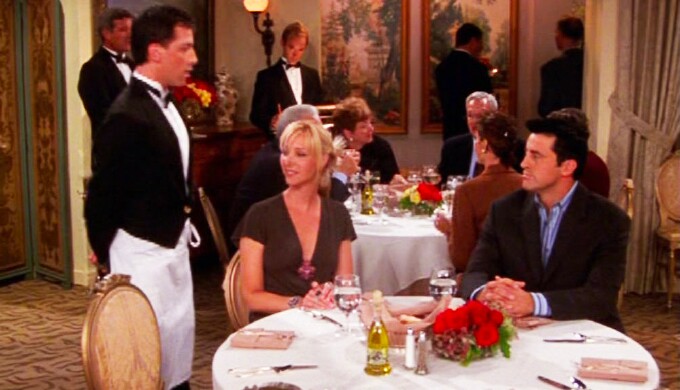 In the episode, Bucatinsky also had the pleasure of being directed by David Schwimmer.  “David was great,” he recalled.  “It's always fun to be directed by an actor who is in the show with you.  I didn't know any of the other cast members at that point, but I did become friendly with them through Lisa.”

It was that association that led to most of the Friends cast appearing on Web Therapy, an internet series that was picked up by Showtime which Bucatinsky produced and starred in with Kudrow.  “David appeared on our show, as did Matthew Perry, Matt LeBlanc and Courteney Cox, everyone but Jennifer Aniston,” he recalled.  “She was slated to do the show during the next season, but unfortunately, we were canceled. If we ever do another one, she'll be in it.  I've actually thought about bringing Therapy back just for that.”

In addition to Therapy, Bucatinsky and Kudrow are the team behind the acclaimed reality series Who Do You Think You Are? (exploring the fascinating subject of genealogy through the experiences of celebrities), which began on NBC, moved to TLC, and is about to return to the peacock network.  “We're [currently] producing a season for NBC,” he explained. “We’re so happy to be going back to NBC at the end of the 10th season.  This is something that never happens, but it did happen for us.  Paul Telegdy was the head of unscripted when we were at NBC and he’s now the head of NBC, so we were able to transition back to the network because he was a big fan of the show.  Five Emmy nominations and a win helped, and the show has maintained its reputation.  It’s something we're proud of and it belongs at NBC.  I hope we can run there for another 10 years!”

The busy Bucatinsky will next be seen in ABC’s new romantic comedy series The Baker & the Beauty.  “With this project, I’m just acting and it's kind of refreshing,” he smiled.  “I started out and was always an actor first, so when I was on Scandal and 24, and with the other shows I've done, and now with this show it feels good to just be able to wear the actor hat.  I'm still doing all the other stuff but on Baker I just get to focus on that.  It's a lovely show and [my character] Lewis is fun to play.  He's not dissimilar to Billy, my character on The Comeback (also opposite Kudrow), although Lewis is more in control of himself than Billy was.  Billy was clearly out of control, which was so fun to play.”

As for his Friend of Friends status, Bucatinsky reflects on that fondly.  “Doing that was really fun for sure,” he said.  “By that point even though Lisa and I had only been business partners for a year, it really did feel like I was in the family.  Which was very nice.

“I’d like to think my Friends character wasn’t waiting tables anymore,” he laughed.  “I think he might have quit that night after Phoebe’s dinner.  Now he probably has some sort of telemarketing job.  To be honest with you, I am mostly recognized for Scandal, but occasionally somebody will ask me if I was the waiter on Friends.  It's usually young people.  My daughter is 14 and obsessed with Friends so the fact dad was on it is huge!   It's so cool and a real feather in my cap.  Little impresses my daughter, but that does.”