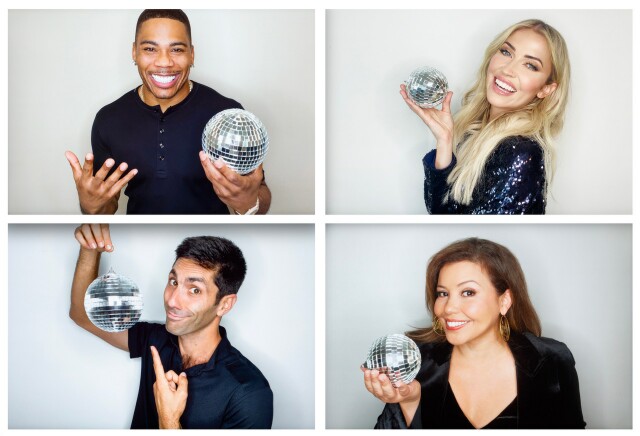 It's been a season unlike any of the previous 28, with a new host (Tyra Banks), strict pandemic protocols (no audiences) and an unexpected bump in the ratings (over last year). And now, after 10 weeks of fierce competition, it all comes down to tonight's finale for the four remaining contestants on ABC’s Dancing with the Stars. Battling it out for the coveted Mirror Ball trophy are Nev Schulman and pro Jenna Johnson, Kaitlyn Bristowe and pro Artem Chigvintsev, Justina Machado and pro Sasha Farber and Nelly and pro Daniella Karagach. (Nelly, Bristowe, Machado and Schulman are  pictured above, clockwise from top left.) With just a few points separating the contenders, following last week's semi-finals, you can bet each celebrity and their pro partner will be giving it their all as each couple performs one of their favorite dances from recent weeks -- with some new twists. Also, each will perform the highly anticipated Freestyle dance that has become a highlight of the show's previous season finales.

While the Freestyles are still being finessed, we can tell you Schulman will repeat his Paso Doble to "BLACK swan SWAN lake" and will freestyle to "Singin' in the Rain," both by District 78. "I'm very excited," the host of MTV's Catfish told MediaVillage after last week's show. "I don't know the dance yet, obviously, but I know the style, and I'm excited because I get to sort of reference another one of my favorite classic films."

In addition to his two dances of the night, finalist Nelly will do a special performance that includes his hits "Ride Wit' Me," "Lil' Bit" and "Hot in Herre," accompanied by his pro partner and her husband Pasha Pashkov. "Hopefully, we can make something really special," he told MediaVillage of the performance. He’ll also repeat a Samba to "Rhythm of the Night by DeBarge." As for his Freestyle to "Savage" by Megan Thee Stallion and "Hypnotize" by The Notorious B.I.G, "I don't have any dance experience, so the Freestyle is gonna be just as hard as day one for me," he shared. "It's not like I have a specialty dance where I can get into it and we can be relaxed. We're gonna let it fall where it may. Its got us this far by just letting it hang out, and hopefully, my fans will continue to bless us."

Kaitlyn Bristowe and Artem Chigvintsev are repeating their Argentine Tango to "Toxic" by Britney Spears, a dance that scored them a perfect 30/30 in week nine, followed by a Freestyle to "Sparkling Diamonds" from Moulin Rouge. "We realized the more old-school type of style dancers, like Fred Astaire and Ginger Rogers, are what we're going to be trying to channel," said Chigvintsev of the routine. "So, it's going to be on the theatrical side versus contemporary, which we love to do."

Justina Machado and pro Sasha Farber will repeat their Cha Cha to "Respect" by Aretha Franklin, followed by a Freestyle to "Let’s Get Loud" by one of Machado's heroes, Jennifer Lopez. However, given her previous track record, all eyes will be on that Freestyle to "Bamboleo" by The Gypsy Kings. "We've got some interesting things happening, that's for sure," Farber said. "I'm super excited about it and the music is awesome."

"I'm looking forward to it," Machado added. "It'll be our last dance and we made it all the way to the finale! I don't care what happens. Of course, we want to win, but at this point it's so exciting we're just gonna go up there and just be dope and do what we do best." 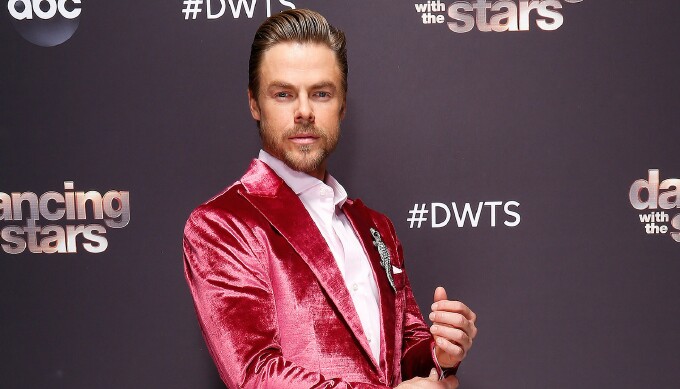 Another highlight of the night will be a solo performance by former DWTS pro turned judge Derek Hough (pictured above), who will dance to "Let’s Fall in Love for the Night." "It's my first time actually doing a solo," he revealed to MediaVillage. "I don't think I've ever done a solo on the show. I don't think I've done a solo since I was a kid, honestly. I'm paying homage to my [dance] heroes and I've been working on a track that I'm building -- a track from scratch with some sound effects and stuff that adds to it.

"We've been talking about the wonderful energy that has surrounded the show all season," he added. "A part of that is just a sense of gratitude. I think that this year with everything that is going on, being able to perform and create and then to bring joy to people, there's just such a sense of like, 'Wow!' I'm so lucky and fortunate to do what I do and I don't take that for granted. I want to throw everything into this performance. I'm excited for the competitors, too. I'm excited to see what they come up with for the finale."

The Season 29 Dancing with the Stars finale will be telecast Monday, November 23 at 8:00 p.m. on ABC.