"Dancing with the Stars": The Final Four Competitors are Revealed! 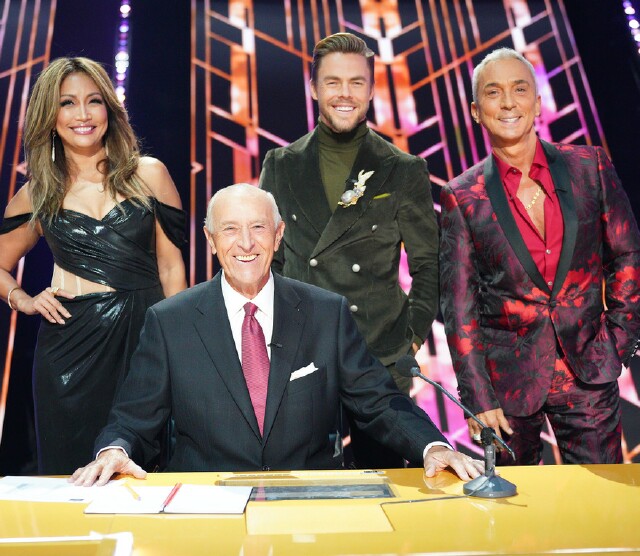 Following last night's semi-final results on ABC's Dancing with the Stars, we now know who will be competing for the mirror ball trophy next week. In what can only be described as one of the most unpredictable seasons of the show's 16-year history, pop star JoJo Siwa (and pro Jenna Johnson), NBA basketball star Iman Shumpert (and pro Daniella Karagach), celebrity fitness personality Cody Rigsby (and pro Cheryl Burke) and The Talk co-host Amanda Kloots (and pro Alan Bersten) will all be fighting it out on the dance floor. The night was filled with redemption as all the remaining couples were invited to revisit a dance they performed earlier in the season in hope of a better score. Despite achieving their goal and being rewarded a perfect score for their redemption Rumba, it wasn't enough for actress Melora Hardin (and pro Artem Chigvintsev) who didn't make it to the finals. Additionally, the scores, combined with viewer votes, and a unanimous vote by the judges to save Amanda Kloots, sent Olympic gymnast Suni Lee and pro Sasha Farber home. (Judges Carrie Ann Inaba, Len Goodman, Derek Hough and Bruno Tognoli are pictured above.)

"I've gained so much from Artem, from the amazing dancing he has made me do and helped me do," shared Hardin after the show. "I believe in commitment and gave in to learning how to dance with a partner who is so extraordinary. It's unlike anything else. I'll continue to dance, and I'm going to get him to choreograph a video for a song that I wrote that's hilarious and new. He might even co-direct it because I'm gonna need some help. So, we are going to continue working together."

"It definitely sucks," admitted Lee after her elimination. "I feel like I had a breakthrough these past couple of weeks and I had my best two dances tonight, which is one of the reasons why it sucks to go home. But I'm also really happy with how it ended. We didn't make it to the finale, but I feel like I finally found myself and I'm more confident. Obviously winning was there, but I feel like I love myself more than ever and that is a really important thing." 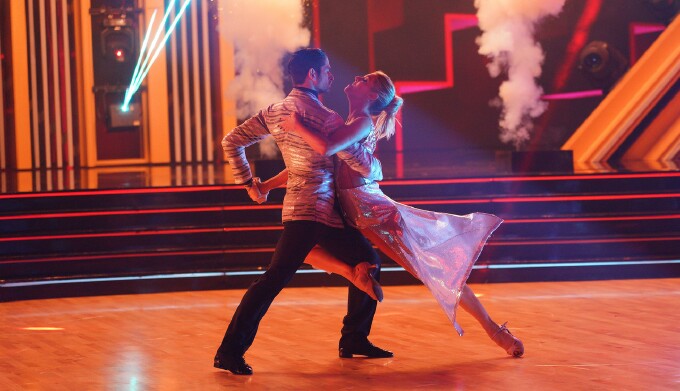 Each week viewers have been left guessing as to who might make the finals this season, as over the past nine weeks the competition has been fierce. Last night, Kloots (pictured above with Bersten) landed in the dreaded bottom two despite two perfect scores (one for an emotion-filled Contemporary dance to the song "Live Your Life," which was written by her late husband Nick Cordero). The judges unanimously chose to "save" her and move her through to the finale. "[The save] was terrifying," Kloots revealed after the show. "Really scary! I mean, this thing is a whole rollercoaster of emotions. To go from dancing the tango, then to dancing the dance of your life, and then that elimination. That was just scary, but we are just happy to be here." 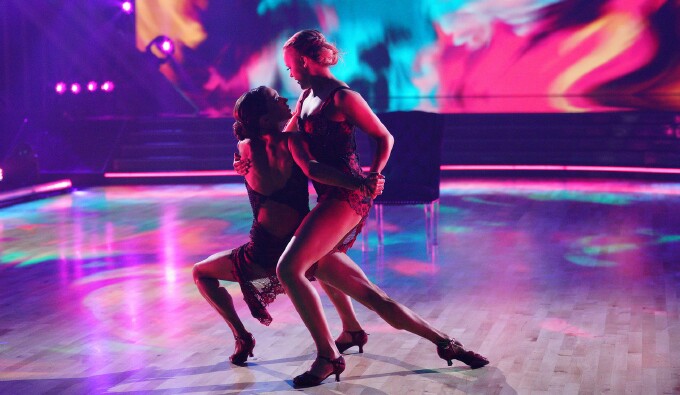 "This is unbelievable," beamed Siwa (pictured above with Johnson) of her triumph last night. "I remember in week one just wanting this moment, and now all I want is to go back in time because as great as this moment is, it means there are six days left of the competition. I am devastated about that, but these six days I'm going to cherish every single second and every single moment. [We're] just so grateful." 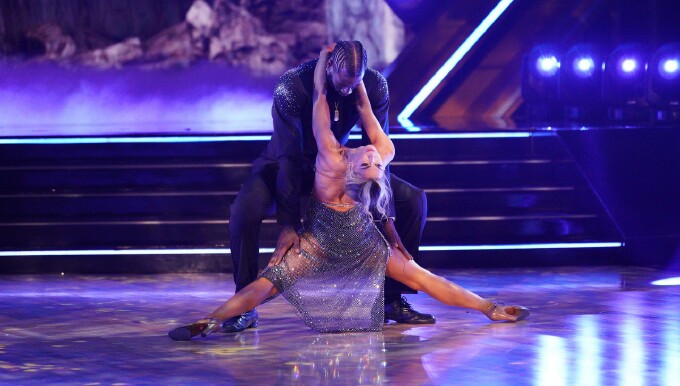 Shumpert (pictured above with Karagach) made DWTS history as the first NBA star to advance all the way to the finale. "I came on the show to take on the challenge of something that I've never done," he revealed after the show. "Sometimes we're not the most technical couple, but we go for things that make people feel good and inspire people the next day. As long as we can lean on that, I think will be good throughout the show." 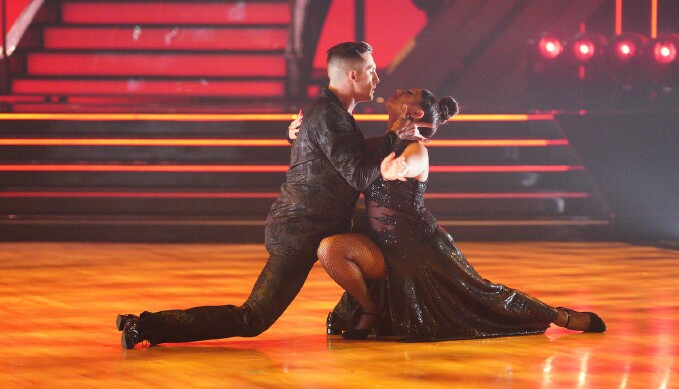 The couple who seemed most genuinely surprised to be called safe early in the results were Cody Rigsby and Cheryl Burke (pictured above). "I'm still in shock to be quite honest," laughed Burke post-show. "Like it did not really happen."

"I mean listen, we were at the bottom of the totem pole," concurred Rigsby. "So, we were like alright, this is our night so we did the best we could."

"It's crazy," offered Burke in conclusion. "I mean, I've seen it before on a show like this, obviously, like with Bobby Bones. But like you just never think it's going to happen to you, I guess." 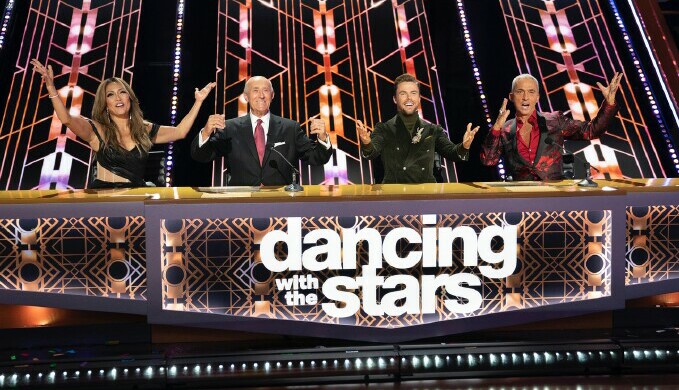 Next week all four couples dance a freestyle, which is always a highlight of the season, before one couple is awarded the coveted mirror ball trophy.

Dancing with the Stars is telecast Mondays at 8 p.m. on ABC.