Danny Kaplan of Cadent Network on Data, Change and the Future of TV 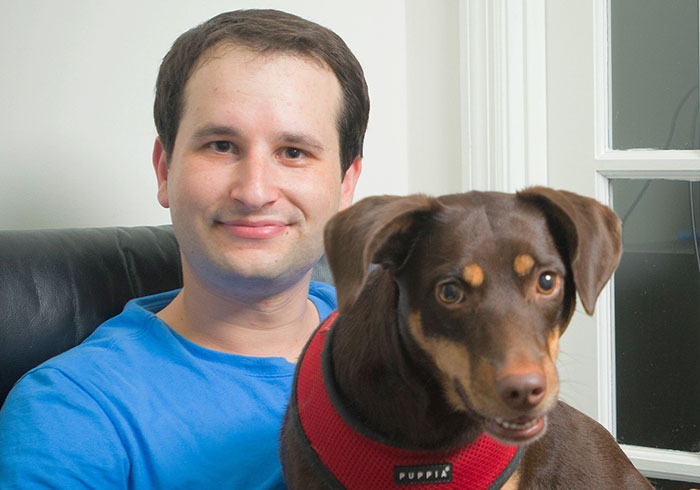 It's one thing to talk about the future of television -- but what if you're actually living it? As Director of Planning at Cadent Network, Danny Kaplan is the keeper of the keys when it comes to unlocking the power of an advanced television ad solution. "The most exciting part is being at the forefront of where television is moving and moving away from age/sex evaluations ... incorporating other data sets to come up with some really intelligent plans," Danny said during a recent conversation at Cadent's New York City offices.

Through its relationships with over 200 MVPDs, Cadent Network is the only national advanced efficiency network affording its clients data-driven solutions for reaching a valuable targeted television audience. So in this complex world of advanced television and ad technology, how does Danny describe his job in layman's terms? "Operators have a specific amount of television time [during which] a local car dealer or national tune-in spot may usually be shown … we are able to aggregate all that inventory from across the country and two hundred different cable operators and combine that with the advertiser's goals and data from Nielsen, TiVo and other providers to put together a media plan," he explained.

It's a far cry from the legal career Danny thought he wanted to pursue post-college. With a degree in Political Science from the University of Georgia and an affinity for John Grisham novels, Danny "accidentally" landed in media. Few law opportunities existed when Danny graduated, and so through a career fair he found his first job in Ad Sales at Comcast Spotlight. He was based out of their Atlanta office for two years.

Danny ultimately set aside legal aspirations in favor of a career in media and decided that New York City afforded more opportunity than Atlanta. He made the move up north and started as a Sales Planner at Cadent three years ago. He hails from Marietta, Georgia and looks back fondly on his days in the Peach State, though New York is a "real city," he joked.

The astute legal brain is still at work, however, as Danny is a self-professed "data hound," talking excitedly about optimizing media plans through advanced data sets.  While many in the first five years of their media careers may be overwhelmed by the sheer amount of data coming from all directions, Danny claims he is not. In fact, he sees data as a wealth of opportunity.

"[We] really use the data to inform plans rather than looking at what adults 25-54 just deliver on an impression basis … in this challenged TV marketplace with down ratings and increased CPMs it's exciting to be at Cadent where we're providing a real solution to the marketplace," he said.

Data is not Danny's only passion. He spoke affectionately of his dog Lola (pictured at top), whom he rescued while volunteering at Manhattan shelter Animal Haven. If money and time were no object, he would happily run a dog rescue organization of his own.

Danny also enjoys the company of his non-canine co-workers. He oversees a team of sales planners and credits Cadent's CRO Jim Tricarico as being a mentor and influence on his management style. While Cadent focuses on the future of television, Danny appreciates the diversity of backgrounds on staff. Tricarico brings 30 years' experience network-side while others have a history in advanced television. The exchange of knowledge between his colleagues has "helped us to be a smarter, well-educated company."

Danny speaks candidly on the importance of educating one another within the industry. Like many up and comers in media, he is eager to learn. He would encourage executives to speak publicly on the new ways they are thinking about media. He also advises reading case studies and best practices that are out in-market so that the industry at large can adopt "the best examples of what's driving the business."

And to those deciding where to begin their media careers, Danny had one piece of salient advice -- look to join a smaller company. "In a relatively smaller company you are working directly with key decision makers and stakeholders and it's a more engaging experience, especially when you're young and you're learning," Danny said.

In five years' time Danny sees himself in a similar role, but one that has evolved and changed with the product and the business. He seems especially unfazed by change, approaching it as he does data -- with excitement and a matter-of-fact sensibility. While many young professionals may recoil at the thought of advanced data sets and constant change, Danny does just the opposite. "All good things," he mused.

So while Danny Kaplan may have accidentally landed in media and admitted he was not even a major media consumer pre-college, he is here to stay. He sees the value and takes great pleasure in the work he does. And to be on the precipice of the future of television advertising? Well, that's an added benefit.