TCA: Darren Criss Has the Role of a Lifetime in FX’s “Versace” 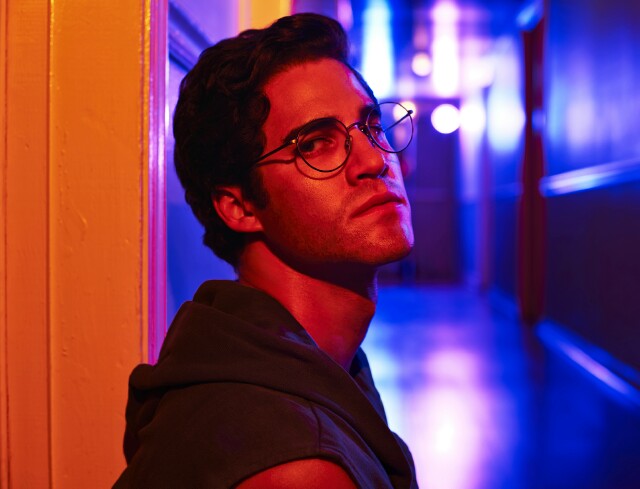 For former Glee star Darren Criss, the only thing to be gleeful about while tackling his latest role was getting what the actor describes as "the role of a lifetime."  In FX's The Assassination of Gianni Versace: American Crime Story, the latest installment of the hit Ryan Murphy limited series franchise, Criss not only portrays spree-killer Andrew Cunanan, the man responsible for the brutal slaying of famed fashion designer Gianni Versace and several other men, he embodies him.  It was a challenge Criss relished and with which he wanted to take great care.  "I think the actor's job is to find the empathy in anybody [he is playing]," Criss (pictured above and below) told MediaVillage in a recent interview.  "I don't care if it's a football player or a scientist or in this case a ‘serial killer.’  You have to take into account not only the worst moments but the best moments and find as many common denominators between you and that person as possible.

"That's a lot easier than you think," he continued.  "[Andrew] is not your classic American serial killer as we know them, where there are a lot of tells. He was loved by many, was an enjoyable, delightful, smart kid brimming with potential, so you kind of reverse engineer that and latch onto those things.  You then have to ask yourself at what point could this have been me, and what point in my life could I have done these things that we would conventionally understand as the most abominable?"

The Assassination of Gianni Versace begins with the murder of the designer on the steps of his Miami mansion in 1997 and backtracks through the lives of both Cunanan and Versace (Edgar Ramirez).  For Criss, it was re-enacting the gunning down of one of the world’s most respected fashion icons -- at the very location -- he found most difficult.

"Yes, that was an overwhelmingly emotional day," he admitted.  "We spent a lot of time in that mansion and there I was, dressed as Andrew, with his likeness put on my face and hair.  Andrew never made it inside the mansion, but there I was having lunch for a couple of weeks.  That wasn't lost on me." 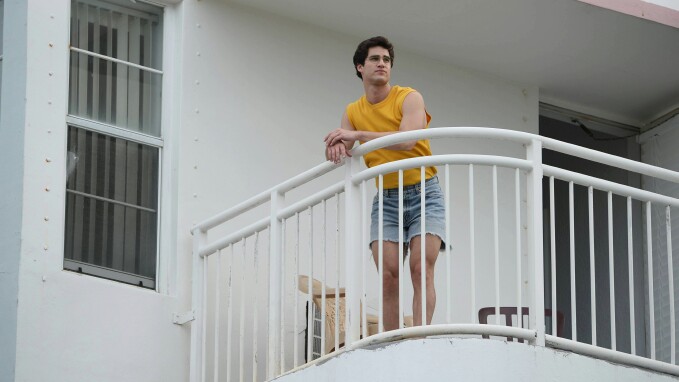 According to Criss it was the knowledge of what he, as Cunanan, would be depriving the world of that weighed so heavily on him.  "You have this overwhelming sense of what was and could have been, then what was taken away," he recalled.  “The O.J. story, for example, was shot on sets, but this is where it happened!  These are the stairs, it was the street, everything is as it was with the only difference being 20 years have passed and the bloodstains have been removed.  I had a moment when I walked into the building and really could feel Gianni's presence.

"I found myself walking in there and kind of talking to Gianni," he continued.  "Being like, ‘Look, man, this is a horrible thing that happened here and I'm so appreciative of what you gave the world.’  It certainly gave me a new appreciation of his legacy.  Hopefully, we can start a new story dialogue that he might've been interested in and would have liked people to [know about].  I guess I found myself trying to make peace with it."

Despite having to humanize Cunanan in order to portray him, Criss wants two things known.  One: He's not fond of serial killers.  Two: while based on real events, the series is not a documentary.  He’s appreciative of the fact that much of Cunanan’s dialogue and the events are conjecture, with only Cunanan and his victims, all of whom did not survive his wrath, a party to them.

That’s something executive producer and writer Tom Rob Smith was also aware of, as he told MediaVillage.  “I made sure that the stuff I put in supports a greater fundamental truth, so the smaller inventions never contradict what I knew to be a greater truth,” he said.

"There has been a great sense of care that Tom has taken with Andrew," explains Criss.  "I think only he and I get to share this almost fondness, which I am scared to say, but it's your job [as an actor] to humanize the person you play.  As an over-empathetic person, I enjoy the challenge of people looking in and me saying, ‘How could you possibly find something good about this person?’  But there's still that bleeding idealist [in me] who wants to find the good in everybody.  I have to find that and exploit it as much as possible because we will [only] see the worst if not."