Dave Morgan and the League of Extraordinary Researchers 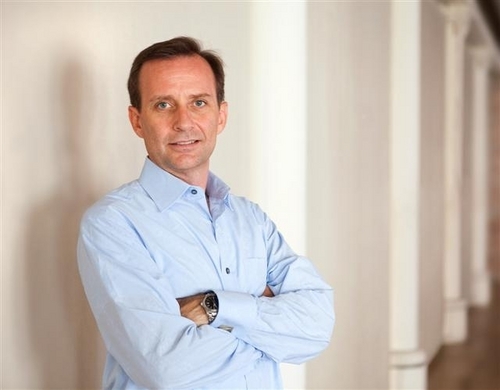 At a time when traditional research is undergoing a dramatic and unsettling transition, Simulmedia CEO Dave Morgan (pictured above) is amassing a select group of established research executives, many of whom crafted their expertise decades ago. “The ultimate purpose was to coalesce and bring together folks who cared about advancing the industry in evidence-driven advertising with a ROI focus,” he says.

The group originated about a year and a half ago through the ARF at a two day event on the future of advertising and return on investment. “When I first arrived, the ARF sparked the conversation around whose measurement is keeping up with the consumer today," says ARF CEO and President Gayle Fuguitt. “But the key to progress is clearly collaboration. Dave Morgan convening leaders and provoking progress improves our odds of success. No one person or company will come up with all the solutions in today's complex media environment."

Morgan saw an ongoing need for a visionary group of researchers who could meet on a more frequent basis, ideally over dinner, to continue the conversation and eventually back it up with cooperative action. He then launched a Research Luminaries group who would be charged with grappling issues like engagement measurement, cross platform metrics and over the top solutions in a collaborative, open environment.

The first two dinners were held at the James Beard House in Greenwich Village where about thirty executives (“top folks in research who were progressive and passionate about ROI in advertising,” according to Morgan) spent the evening discussing their own company’s initiatives that could be part of a greater effort to create a better advertising world.

The first meeting resulted in a consensus that the industry is not focused enough on the bottom of the sales funnel.

The second meeting focused more specifically on open discussions of specific projects. It included presentations by David Poltrack, Chief Research Officer, CBS Corporation and President of CBS VISION; Megan Clarken, Executive Vice President, Global Watch Product Leadership, Nielsen, and Bill Harvey, CEO of Bill Harvey Consulting. Harvey spoke about his new data initiative. “We have identified 273 metatags which predict 76% of the variance in Nielsen ratings,” he said. “We are currently using this IP and system to help two top networks improve program content to maximize ratings. Other use cases are a new level of consumer recommender and the optimization of advertising placement.”

Other discussion points that evening included such questions as, “Is there an opportunity for broad standardization?” and “What is the role of the MRC?” Notably, there was participation by both Nielsen and Rentrak that evening which led to conversations on how measurement companies could work together.

“It was a TV centric group,” Morgan says, “but we also had Facebook there to see about the ultimate linkage between TV and social and long term ROI.”

For the next dinner, Morgan hopes that “maybe it will become a bit of an institution in a good, expansive way and become important to people in the industry. A tangible hope is that there will be a focus on the real results of the early projects, how they have been received by advertisers, what worked and what didn’t work.” Hopefully the group will let down their guard and competitive interests so problems can be solved.

The very nature of the group makes it selective: There are only so many seats at a James Beard House table. Morgan was faced with the daunting task of choosing who would be invited and sought those who are “mission focused about creating a better advertising world.” How did he decide the guest list? “We tried to pull together people who have had a real involvement in the industry and who are regular contributors. We want it to be one that people work at and not just be at. We want to get people there who are driving change and making things happen.”

He also made it a point to include people who are not currently active in the industry as researchers but have years of experience in the field as elder statesmen passing down what was learned a generation before. “We are going to find that the problems we are solving have been solved in the 1970s and 1990s,” he explains. “We don’t need to reinvent the wheel. It is an art not just a science. There is a real human element about it.”

Morgan hopes that these dinners “become a forum to sharing. The result can be whitepapers and specific initiatives,” he says. “It will be a regular opportunity to come together with aligned and passionate people.”

I wish him great success. This is a particularly disorienting time for research with companies like General Mills, Kraft Heinz and Hershey recently announcing cutbacks in their research departments and several networks creating “data analytics” departments that operate parallel to and in separate reporting silos to research departments. With traditional research under siege, it will be these industry think tanks that help keep research relevant and pivotal to a company’s ROI.