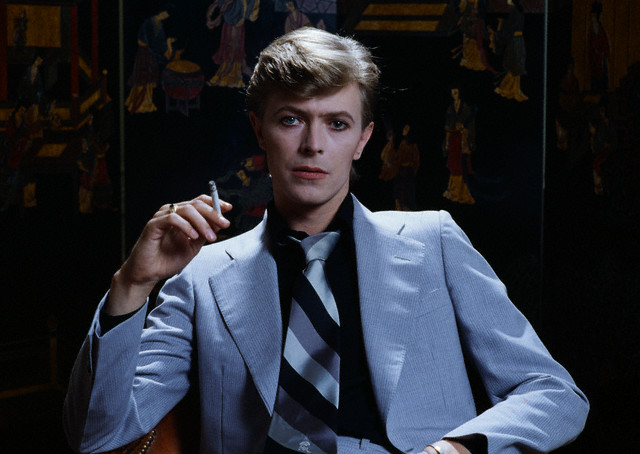 In other sports news, former Olympic softball player Jessica Mendoza, the first woman to call a MLB game, has been hired as a full-time analyst for ESPN's "Sunday Night Baseball," NPR reports. "I've been the girl always trying to play with the boys, you know? I played baseball with all boys," she told NPR. "It's the story of everything I've done."

Jaden Smith, the seventeen-year-old son of Will Smith and Jada Pinkett Smith and known champion of the gender fluid movement, is making waves again after Louis Vuitton's newest campaign video was posted online this week. The video, shot for the brand's spring collection and titled "The Heroine," features three female models and Jaden donned in stereotypical women's clothing -- a skirt and ragged tank top. This advert and Jaden's past social media posts of him in womenswear have led many to praise him for defying gender stereotypes and binaries, including gender-fluid actress Ruby Rose, the Independentreports. Watch the video below to see for yourself.

A new survey called "Elephant in the Valley" has revealed many of the issues that women face in the male-dominated tech industry, TechCrunch reports. The researchers asked over 200 women with at least ten years of experience in tech, most located in Silicon Valley, about their workplace experiences, focusing on feedback and promotions, unconscious biases, harassment, motherhood and safety. Of those surveyed, 60% reported that they've faced sexual harassment from male colleagues, with one in three having felt afraid for their personal safety. The researchers also collected anonymous stories from respondents, which, along with other survey results, can be read online. Along with other disturbing stories, one woman shared, "Experiences included being groped by my boss while in public at a company event. After learning this had happened to other women in my department, and then reporting the event to HR, I was retaliated against and had to leave the company."

Average Age of US Moms Continues to Climb

Every year, moms are waiting longer and longer to start a family, according to new research from the National Center for Health Statistics. Fifteen years ago, a first-time mom's average age was 24.9, which increased to 26.3 in 2014, NPRreports. While researchers admit that a difference of 1.4 years may seem insignificant, they emphasized that an increase, to one degree or another, occurred across all states and all racial and ethnic categories, meaning this trend is likely to continue. The data also indicates the number of teen moms has been decreasing among all racial and ethnic groups; over the past fifteen years, the percentage of first-time mothers under age 20 dropped from 23 percent to 13 percent. Researchers point to more contraception as a key factor in limiting teen pregnancy, noting that abortion rates have also declined since the 1990s.

With the news of David Bowie's passing this week, many admirers have reflected on his gender-fluid personas and performances, and perhaps it is not surprising that "androgynous" was trending on Merriam-Webster on the day of his death, the Independentreports. In an era where gender fluidity was much less accepted than it is today, Bowie defied the norms of gender and sexuality, dazzling audiences with androgynous, flamboyant characters such as Ziggy Stardust and becoming an icon for many uncertain about their identity or sexuality. "While Bowie's personal life and orientation were subject to much public curiosity, his performance of gender was the most consequential part of his art and his legacy. And, perhaps ironically, that performance helped inspire very real social change for young queer and gender nonconforming people," Vox reports.

Image courtey of Corbis. The opinions and points of view expressed in this commentary are exclusively the views of the author and do not necessarily represent the views of MediaVillage.com/MyersBizNet, Inc. management or associated bloggers.