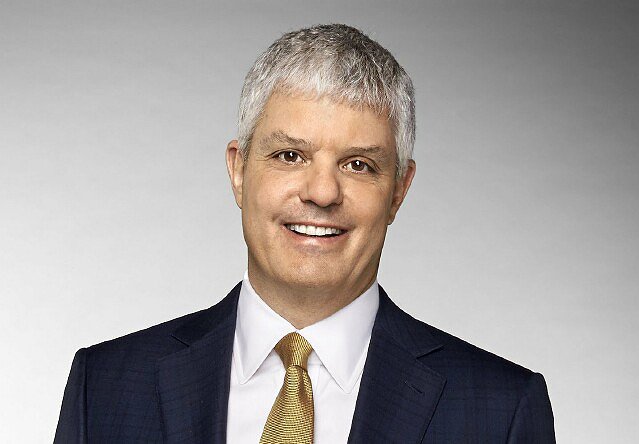 Longtime media executive and former Turner Broadcasting President provides a scorecard of how the pandemic is impacting the sports world .  As the coronavirus pandemic continues to grip the globe, David Levy says the sports world finds itself submerged in uncharted waters.

The founder and CEO of Back Nine Ventures, LLC and the former president of Turner Broadcasting said that over the course of his career, there have been collective bargaining issues, strikes and lockouts that have changed the landscape for one league – but there has never been a situation where all sports were shuttered at the same time.  There are ways for media companies and advertisers to navigate around the shutdown of a particular league, but this is new territory. "There is nothing comparable, there isn't a playbook for this," he said.

If health concerns tied to COVID-19 subside enough for MLB, the NBA, the NHL, Major League Soccer, and golf to resume in a June/July time frame, Levy believes sports, at least from a TV perspective, would enjoy a V-shaped, rather than a U-shaped recovery.

He said the drama of sports, the passion fans have for the games, again will make for appointment viewing and the country needs that to help regain its emotional, psychological and financial footings.

Getting fans to go to the arena, ballpark or stadium likely won't prove as easy, but for the most part league and clubs derive a disproportionate amount of their revenues from media rights and to a lesser degree sponsorship deals.

He believes the NHL operates under a similar structure.

Hence, if pro hoops and puck action resumes relatively soon, the COVID-19 disruption from an advertising perspective for the rights-holders could be mitigated to a large extent. He believes the leagues, rights-holders and advertisers are working together to find solutions during these unprecedented times.

MLB AND THE OLYMPICS

MLB, which Levy said is missing its unique window for sports fans' attention– from Opening Day, before the NHL and NBA playoffs begin – could be hurt more by the coronavirus shutout. MLB teams, given the 162-game slates – 81 contests at their respective home fields – and the large seating capacities, generate a greater percentage of revenue from ticket sales and concessions than their indoor sports counterparts. Still between national and local deals with regional sports networks, the lion's share of MLB team revenues are tied to rights fees, according to Levy.  If the postseason games were to extend into late autumn, Levy offered possible solutions: Postseason action could play out at in domed facilities or neutral, warm weather sites, he said. That means the Mets might have to play games in Florida, instead of New York.

The game is vastly different for MLB'sminor league affiliates, which don't garner much TV money, with revenues "very weighted" toward ticket sales. Levy said it will be interesting to see how MLB Commissioner Rob Manfred works with minor league owners and their teams. Sports' largest event, the Olympics and its various rights-holders, including NBC Universal in the U.S., may face big challenges as the Tokyo Games have been postponed until 2021. With the Summer Games now re-scheduled from July 23 through August 8 next year, that quadrennial will occur just six months before the 2022 Winter Olympics from Beijing.

Levy wonders if the economy will have recovered enough by then for some sponsors/advertisers to have the capacity to support both events from Asia in such close proximity. Taking an optimist's view, Levy was reluctant to discuss – at least at this point -- a scenario where the current NBA, NHL and MLB postseasons push into late fall and bump up against pro and college campaigns.  Such a crowded schedule would serve an enticing buffet for sports fans, but result in an overlapping scheduling nightmare for networks. "It would take a lot of coordination," he said.

The COVID-19 reset could also result in a new schedule for the NBA – a December to August slate, in lieu of the current October to June time frame. It's one favored by Steve Koonin, Levy's former colleague at Turner and now CEO of the Atlanta Hawks. "Mr. Koonin is not wrong," said Levy, even if he doesn't necessarily fully agree with him. Levy acknowledges that some hold the view the NBA season doesn't truly tip off until Christmas, and under that set-up it would allow the NBA to miss most of its scheduling confrontation with U.S.sports' big ratings driver, the NFL, as well as college football.

Levy also noted that when the late NBA Commissioner David Stern locked out the players at the start of the 2011-12 season, the ensuing 50-game campaign, which began on Christmas, was one of TNT's strongest from an audience perspective. Still, in Levy's view before the league and current Commissioner Adam Silver were to enact such a major schedule change, an assessment of myriad factors would be in order. Silver has been advocating for a slightly reduced regular season with games to be replaced by an in-season tournament, a revamped playoff structure and final four playoff reseeding.

Among the constituents and entities Levy feels would warrant NBA consideration: the teams; the players; venue availability; nearby restaurants and their workers; parking lots and their attendees; the national right-holders; the RSNs, facing scheduling conflicts with MLB during the summer months; and advertisers in what has historically been a season of decreased HUT levels.

Whatever the format and schedules going forward, Levy believes the owners, player and media companies will return and TV viewing will jump sharply. Getting fannies into the seats might not be so facile, as there could be lingering consumer trepidation about being part of large gatherings.  He harkened back to crisis in the 1970s as a possible social distancing solution in the venues. "I'm old enough to remember the oil shortages, where you could get gas every other day, depending on whether your license plate ended in an odd or even number. Maybe they should do that in stadiums with seating in every other section.Even sections for even-numbered days, odd sections for odd-numbered days."