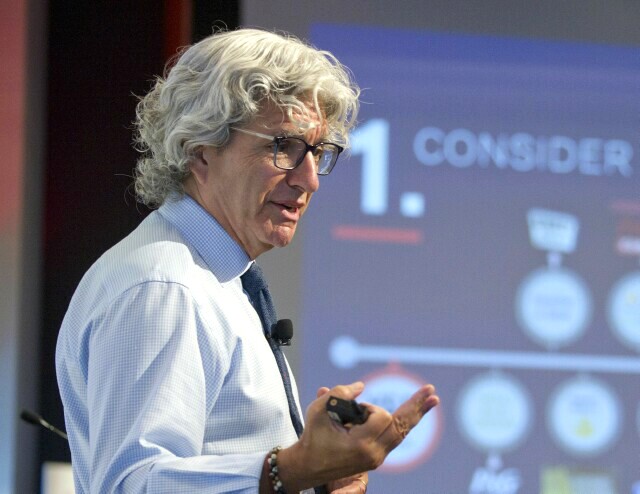 Disruption is a word we hear often when describing the media business today. Job functions are changing. Areas of expertise are shifting. What does a student intern need to do to craft a career in media? There was plenty of insight into these concerns and others last week at the 1stFive.org intern reception powered by Turner at the Time Warner Center. Jack Myers, founder of MediaVillage.com and creator of 1stFive, set the tone by warmly welcoming the group. “We are really happy to gather you together as a group to recognize you, to tell you how important you are to us and how excited we are to have you join our community,” he said.

In his acclaimed book Hooked Up: A New Generation's Surprising Take on Sex, Politics and Saving the World, Myers explains that Millennials are actually three separate groups – pre-Internet, post-Internet and those in the middle who experienced first-hand the transition from traditional to digital. "As a generation you are gender neutral," he told the crowd. "You are not hierarchical, you love experiences and are not aspiring for financial success. You are more interested in doing social good." His overview set the stage for C-Suite industry speakers, all of whom offered the interns some sage and actionable career advice.

“When I talk to you I will give you things to think about,” promised David Sable (pictured at top, below left and at bottom with Jack Myers), Global CEO of Y&R. His presentation, titled Food For Thought to Get You Through the Winter, offered a list of things to consider as part of one’s career progress.  (I would like to note that this list is useful no matter where you are in your career.) 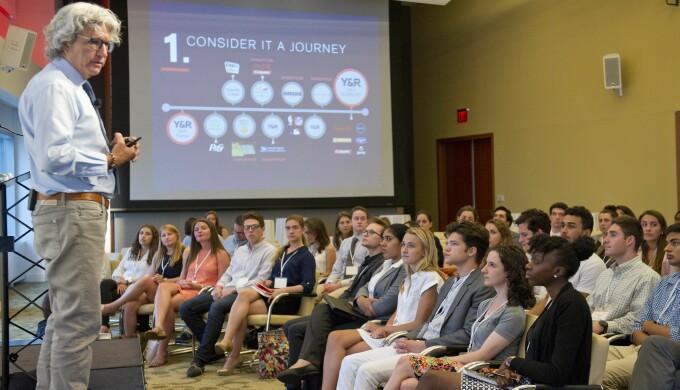 Consider This a Journey

Acknowledging that media is an industry of connections and relationships, Sable advised, “Look who is sitting next to you and around you.  The people you see now, I guarantee, you will see twenty, thirty and even forty years from now.” His advice?  Get to know people and don’t think of your career as a linear progression. “Life is not linear, my career was not linear,” he explained.  “It never occurred to me how my career would end up. I never changed jobs for money. I never had a plan. But I knew that I wanted to advance my thinking. Everything I did was a way to learn something else.”

Disrupt or Be Disrupted!

Sable made the point that any industry, product or service can be disrupted -- and you do not need technology to disrupt it. “We digibabble [ascribing magical marketing powers to digital] ourselves to death,” he said, offering as an example Dabbawala, which is a food delivery service in India that collects, delivers and returns lunch boxes from homes to workplaces daily via bicycles or trains. This very simple and basic service, functioning on color strips of paper, has disrupted the food delivery service in that country, he explained.

Sable exhorted the group to join a movement, break convention and change the world. In effect, replace disruption with dissidence. “Dissidence is about getting people to join a movement,” he said. “Think of life a different way. Dissidence is people first, and dissidence does not depend on best in class technology.” He also noted the difference between “mobile” and “mobility.” “A laptop is mobile but you are not mobile sitting here,” he said. “Mobile is about the device -- an iPad, a phone. Mobility is about your life.”

“Digital is everything but not everything is digital,” Sable advised. “We still go out to restaurants and concerts. But everything may have a digital piece to it such as going out and buying coffee using an app.  Technology is not the be-all and end-all.

“Avoid digibabble,” he continued.  “Digital is not magic. It is just a tool.  Amazon is opening up brick and mortar stores.  At Cannes, Snapchat and Pinterest weren’t using their platforms. They were using 3D displays to get people’s attention. It was called a digital effort but it was a billboard, and it was up all the time.”

Sable also asserted that creativity is the story, innovation drives it and technology enables it. So ultimately it is about our creativity, inspiration and motivation, not the technology that advances who we are professionally and personally. “Radio was once an innovation,” he said. “So was television. So was cinema. So was print. The beauty of today is that we have this technology that allows us to enable. So we can enable that story in the innovation, in the distribution. And, we can add a buy button.” 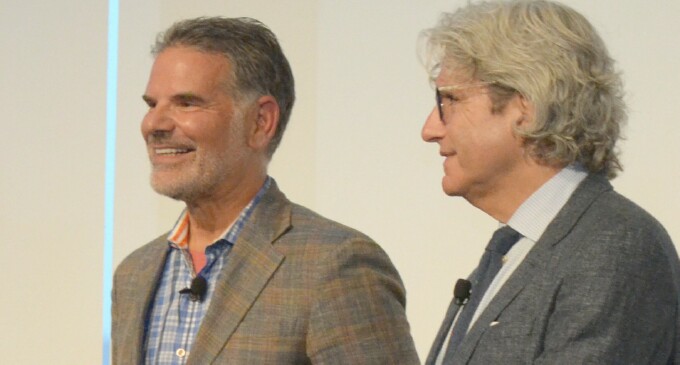 There is a difference between traditional and creative leadership, according to Sable. Whereas traditional uses the stick as punishment, creative uses the carrot as reward. Traditional is linear, hierarchical, relying on planning and executing and sustaining order.  Creative is more networked, non-linear, more iterative and risk-taking. It is the creative framework that is more successful in today’s marketplace. “Learn to live in a non-linear way,” Sable suggested. “Take a risk. You can’t wait for inspiration.  Those who learn to listen, to collaborate and to improvise are the most successful.”

“Read everything, read interesting things but have a point of view,” Sable recommended. “Read things and try to connect everything you read.  And take care of ‘Brand ME.’ You are the CEO of your own company. It was first said in 1997 but it has never been more true.”

I would like to note that Sable's ideas are useful no matter where you are in your career.

Photos by Elena Olivio and Christian Taylor. The opinions and points of view expressed in this commentary are exclusively the views of the author and do not necessarily represent the views of MediaVillage.com/MyersBizNet management or associated bloggers.