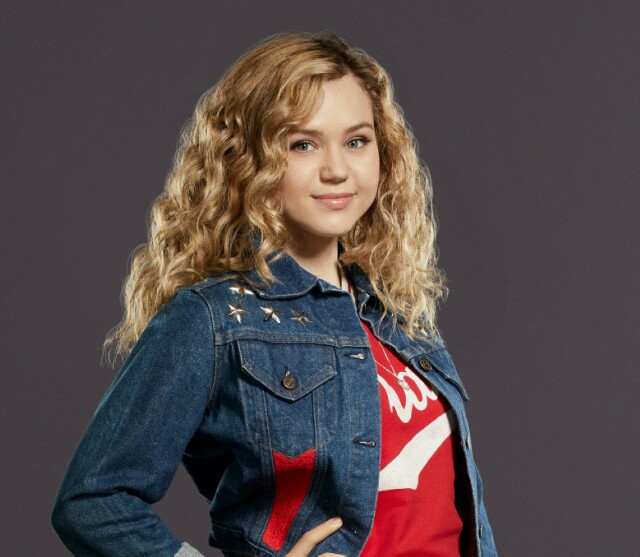 DC’s Stargirl, The CW's most recent foray into their popular superhero universe, returns August 10 for a second season. The series debuted at the height of the COVID-19 lockdown in May 2020, after wrapping in November 2019, and with its stars in quarantine, promoting the show "in person" became an issue. The pandemic also caused delays in starting season two, which recently wrapped. The cast and producers of the series recently united virtually, via Zoom, to talk about the new season, and the COVID-19 pandemic was a major topic of discussion. “The break was hard,” explained Geoff Johns, the show’s creator and executive producer. “It’s always hard to wait. We’re [now] working on season three, so we’re writing the scripts and stuff already. There was a longer time for us to wait to have the show debut and then get picked up, but it's been awesome.

“Between seasons two and three we got picked up almost immediately for the third season," he continued. "Everybody’s super excited, and it’s helped us jump right back into it. Personally, there’s nothing else I’d rather do more than this, so [that] was wonderful. COVID didn’t have anything to do with the delay though on that side of it. It was just our air date.”

“It was interesting having our show air during COVID because I still have not done a live press thing at all,” explained series star Brec Bassinger (Courtney Whitmore/Stargirl). “It’s so untraditional. I tried the Facetime photoshoots, but they didn’t really work. It was a lot of unique things, and then going to set … there were a lot of unique things there, as well. The first thing that pops into my head is the plastic pods they would put us in. There was clearly air going through them. Everyone tried their best.

“I felt so lucky just getting to be around that many people safely,” she continued. "Coming from L.A., I hadn’t seen people in months. It was almost a bit of a shock that first day on set being around so many people at once, obviously with the six-foot distancing. But just seeing so many new people ... I felt so grateful I had time to finally have social interaction.”

“There was such a great gift of normalcy,” concurred her co-star Cameron Gellman (Rick Tyler/Hourman). "Like Brec was talking about, coming off not socializing and not really being able to do [press events] … these are jobs that we all really love. It was really a dry time for actors if you weren’t already doing something. We got to work and work on something with people that we adore and had already done a season of this with. So, though there was a wait, it was more exciting than frustrating because there was something to look forward to. Once we had our pickup, it was like there’s this thing that’s happening, and you had to get on board. It was such a blessing to get to do this again.”

While everyone was elated to be working again, there was one COVID-related setback a lot of the cast didn’t account for -- that dreaded Quarantine 15 that’s afflicted much of the population. “Ah, the Stargirl suit,” laughed Bassinger. “I have a love-hate relationship with it. I really love it, but it has its flaws. When I came back for the second season, it didn’t fit. I was like, 'This isn’t going to work.' It wasn’t zipping up.

“I had that Quarantine 15," she continued. "I said, 'I just came from a pandemic. We’re going to have to work something out.' Our amazing wardrobe team and costume designer did some lovely fixes. Specifically, around the turtleneck. While it’s beautiful, it’s extremely tight and left a bruise on my neck. But I feel like superheroes should have battle scars. They were able to just let some fabric out here and there.

"But my favorite thing we figured out in season two, which made such a big difference, is the socks!" she recalled with a laugh. “They would always slip down. We learned if we cut them in half, I could wear the red socks as leg warmers, just under my boot. That was the big lightbulb moment of season two and saved us time on the set. But specifically, Geoff was so supportive of our Quarantine 15.”

“So supportive,” confirmed Anjelika Washington (Beth Chapel/Dr. Midnite). “No one cared. Everyone was just like, 'You look great. You feel fine? You’re healthy? Great!' So that was such a blessing. I will admit I’m on the same page as Brec; they let out a few inches. It is what it is. But you know what was such a blessing? No one pressured us into anything. No one cared. I love my suit, I’m just so excited to get back in my suit for season three.

“At the beginning of quarantine when the world shut down in March 2020, season one started airing," she continued. "Stargirl was something that gave me a lot of hope and something to look forward to. My childhood best friend is a nurse, and watching [the show] at the hospital with all of her co-workers brought them so much joy and allowed them to escape from reality for a moment. That reminded me, as an actor, why I do what I do and why I love our show so much.”

DC’s Stargirl is telecast Tuesdays at 8 p.m. on The CW.