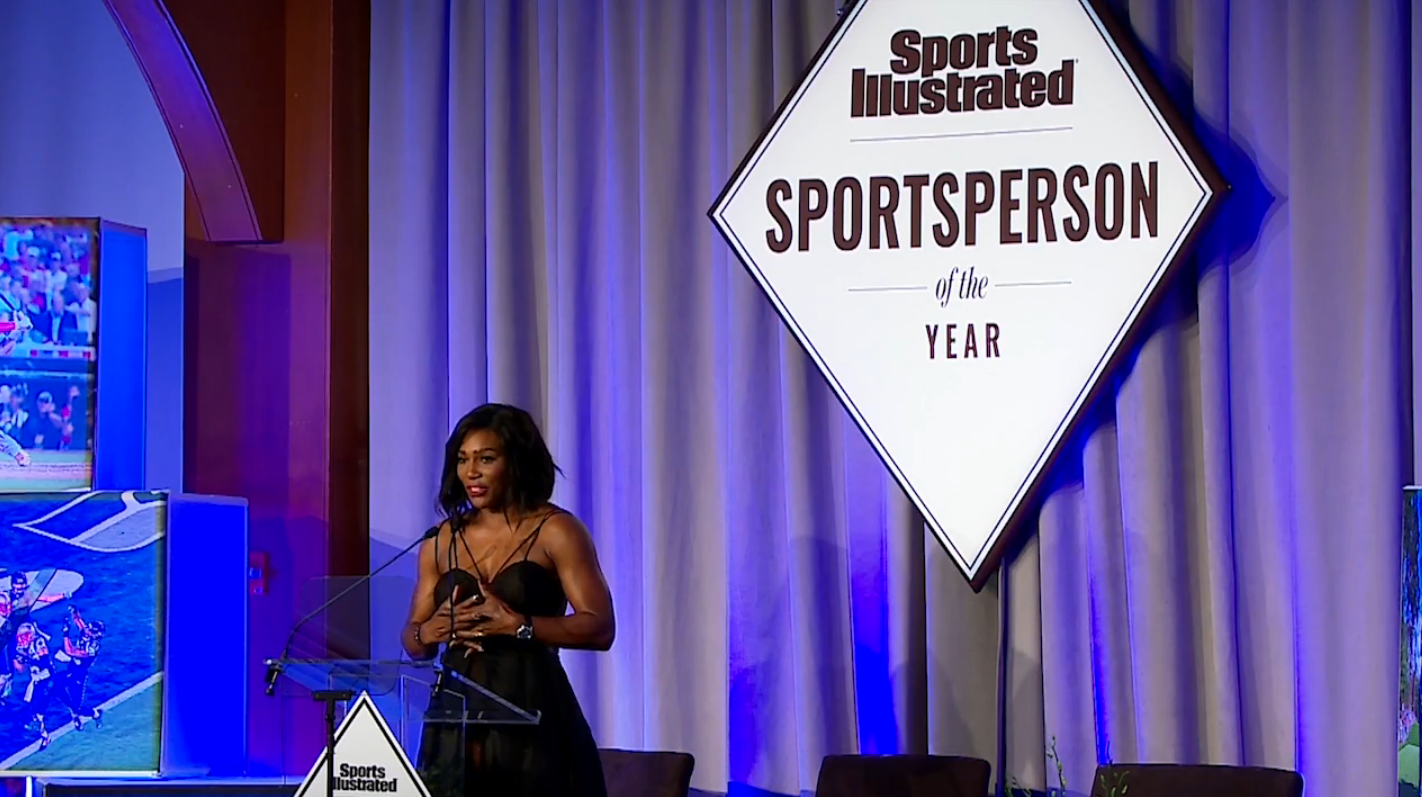 It seems the name "Serena Williams" always comes with controversy. As if the tennis superstar hasn't endured enough body shaming, sexism, and racism over the course of her career, when she was named Sports Illustrated's Sportsperson of the Year this week, angry Internet users responded as expected, spewing hate and resentment across social media. While the typical appalling comments surfaced (see examples below), much of the outcry was focused on Triple Crown winner and horse American Pharaoh, who many readers thought was unrightfully denied the SI title – even though the award is SportsPERSON of the year. Many cited the fact that American Pharaoh had won the readers' vote in a poll on the SI site and whined that 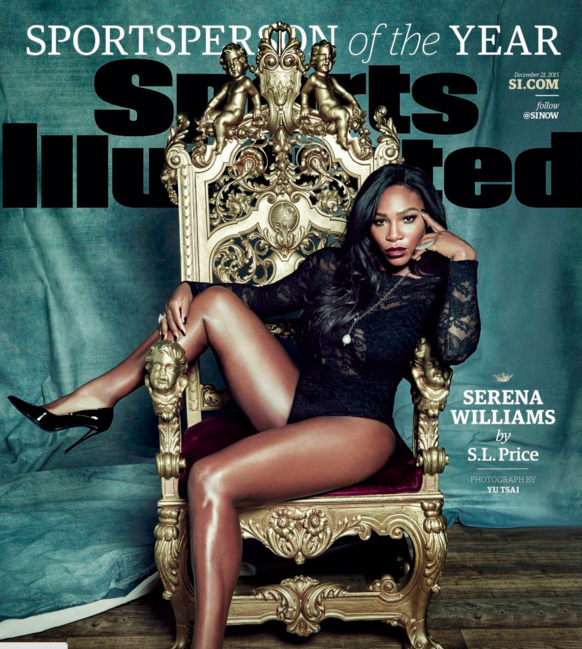 Sports Illustrated was betraying its subscribers; although, notably, SI has said that the poll has no bearing on the winner and is used mainly to encourage participation. Other body-shamers blasted the cover, which they criticized for being "too sexy" and other choice terms that I won't repeat here. Thankfully, Serena embraced the criticism with humor and grace, noting in her acceptance speech, "I've had my shares of ups and downs. I've had many struggles. I've had blood clots in both my lungs at the same time, and I've lived through tragedies and controversies and... horses… I had to say it!"

While falling two matches short of a Calendar Grand Slam and a history-making run, the tennis powerhouse has had an amazing year, winning three Grand Slam titles, 53 of 56 matches, and her second Serena Slam – all done at 34-years-old, an age when most players have long retired. She is also the first woman to win the SI award in over three decades and the first black woman to take the prize. And even with all the criticism, Serena remains an inspiration to many; Sports Illustrated said it best in their announcement, "each "Come on!" is taken as a war cry by everyone from "Lean in" women to age-defying codgers to body-shamed kids to #BlackLivesMatter protesters to, yes, the voices of racial conciliation."

A PSA from Care Norway, the Norwegian branch of charity organization Care International, has gone viral this week, confronting sexual abuse and domestic violence against women, Creativity Online reports. The five-minute video, told from the perspective of an unborn baby girl, speaks directly to fathers, asking them to put an end to a culture that encourages abuse. The daughter walks her "daddy" through the steps of her childhood and all the difficulties she will face just because she is born a girl; as she grows older, boys will start making sexist jokes, she will get raped at 21, and eventually her spouse will physically abuse her.  In the final scene, she asks her dad to start calling out the sexist language that can validate domestic abuse: "Dear Daddy, this is the favor I ask. One thing always leads to another so please stop it before it gets the chance to begin." Care Norway reminds viewers that 1 in 3 women worldwide will experience physical or sexual violence in their lifetime. Watch the video below for the full effect of the chilling narrative.

A YouGov study released this week revealed that young white men were the most derided group in Britain -- seen as the worst ethnic, gender, or age group across the board, The Telegraph reports. YouGov survey respondents were asked to express their views on 48 groups of varying ages, genders, and ethnicities, scoring each based on positive and negative criteria. White men in their 20s got the worst marks – and were perceived much more likely to sleep around, get intoxicated, be impolite, and have a low work ethic. YouGov noted gender played a bigger role than ethnicity in polling attitudes and that the most derided groups were mainly men, while white women in their 60s were the most praised demographic. YouGov stressed that polling was to gather insights on public perceptions and these attitudes were, of course, not fact.

In a historic moment this week, Saudi Arabia's first female politicians were elected into office. At least 18 women have been elected as councilors in the country's municipal polls this week -- the first time women were allowed to vote and be voted for, according to The World Economic Forum. The state media reported that 82% of the women registered to vote made it to the polling stations -- a feat remarkable in itself as women are still not allowed to drive and must be accompanied by a male guardian. While only 130,000 women are registered to vote versus the 1.35 million men, it's definitely a sign of progress. Saudi Arabia was named one of the most improved countries in regards to gender equality in this year's Global Gender Gap Report from The Forum.

"The Year We Wanted Men to Work More Like Women"

As we wrap up the year, it's important to take stock of some major improvements in gender equality and the evolving discussion around gender politics. This year, men started to come into the conversation, and Slatetook note in an op-ed this week about the new discussions around working fathers.  After Mark Zuckerberg's decision to take a two-month paternity leave, work-life balance became not just a women's issue, but an issue for everyone, putting a new focus on the working dad.  As Zuckerberg is applauded, "American culture seems to be in the process of inventing a new kind of leading man: one who approaches work, and work-life balance, more like a woman," Slate reports.  This shift comes after years of telling women they need to work more like men, the article continues, and presents the hope that traditional and outdated divisions between men's and women's work may finally be on the way out. "If men did more caregiving, it would free women up to do more breadwinning. If men dignified caregiving with more of their labor -- just as a certain billionaire is by changing his baby girl's diapers -- women might finally feel the stigma around balancing work and life dissolve," the author concludes.

Do "Star Wars" ticket sales prove that men will watch a female lead? According to a new poll from Fandango, light-saber-wielding Rey -- "a badass who can beat the boys at their own game" -- is the character that most moviegoers are excited to see, most of whom are male.

Women are gamers, too. Wired reports on a new study from the Pew Research Center that dispels typical perceptions of gaming culture.

How to get a raise no matter what. Advertising legend and gender equality champion Cindy Gallop reveals all the tools you need to ask your boss for a raise. "It's a feminist issue."