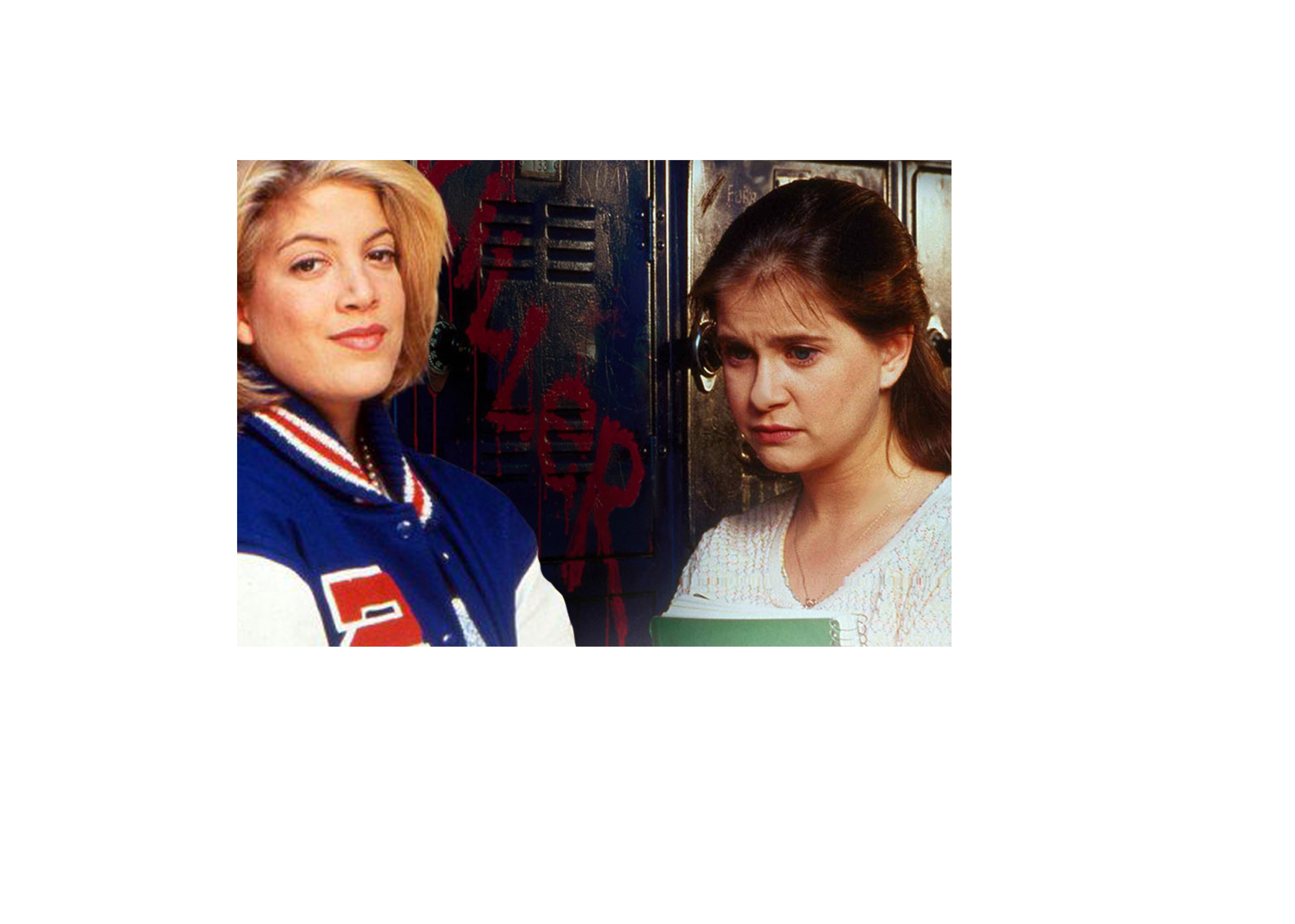 Death of Cheerleader (1994) is telecast Saturday, 11AM on Lifetime. As much of the country begins to re-open, for those cautious about venturing out on the weekend Lifetime is providing an alternative. Beginning at 11 a.m. Saturday, and running through Sunday night, the network is celebrating 30 years of Lifetime Original Movies by revisiting some fan favorites. Hosted by Lifetime alum Niecy Nash, the programming event kicks off with the 1994 version of Death of a Cheerleader, starring Kellie Martin and Tori Spelling. Since originally airing on NBC, the chilling tale of a teenager's deadly obsession with perfection has achieved cult status, firmly cementing it in pop-culture history. "The 1994 version has become a cult classic that people remember and watch over and over, " said Martin in an exclusive interview with MediaVillage. "That's so interesting! The Face on the Milk Carton (1995) is another one that people absolutely loved so you never know what's going to strike a chord with people.

"I believe The Face on the Milk Carton was based on a book that people loved, and why that was successful." she continued. "It also had a great cast with Jill Clayborn and Sharon Lawrence, so that movie really came together. You never know if that magic will happen and it's great when it does, both Cheerleader and Milk Carton had that."

When it came to great casts, Cheerleader excelled. In addition to Martin, Tori Spelling (then riding high on Beverly Hills: 90210) and the late Valerie Harper also starred. "The funny thing about Cheerleader is that Tori and I (pictured above) had worked together on Troop Beverly Hills when I was 11," Martin recalled. "So I sort of knew her, but really didn't know each other. We worked together and that was pretty much it. At the time we were both very different creatures, I was such a prissy perfectionist, very judgmental, and very much a method actor who stayed in character. I didn't hang out with Tori, and that wasn't her fault, it's all on me.

"Valerie Harper and I had a fantastic time working together," she added. "I admired her so much, so meeting and working with her was an absolute dream. She was the most open, amazing actress and I can't say enough about her. We stayed in touch throughout the years, and what a fighter… She fought cancer for so long and was such a pioneer for women. I've worked with some amazing people in my career, and it's usually the women like Valerie or Patti LuPone that taught me so much and formed my career.

Throughout that career, mystery, and murder have been a through line. It's never something Martin calculatedly embarked on, still, she's happy with the trajectory. "To be honest I love murder and mysteries," she shared. "I've been into them since I was a little girl and would read a book a day in the summertime, usually Nancy Drew. They're more dramatic, which really appeals to me because I'm always high drama. Usually, those were the jobs that were offered to me so maybe people just saw me in that genre? But there's a little serendipity in the roles I've created or helped develop, like Hailey Dean (for Hallmark) who I developed to a certain extent."

Martin's association with Lifetime Original Movies is long. It dates back to 1996 (Hidden in Silence), which makes, after 24-years, having Cheerleader be a part of their anniversary marathon even more special. "Lifetime has been very good to me," she admitted. "All of the parts I've been fortunate to do for them have been very juicy, interesting, characters. I'm very grateful for that. Before the 2019 Cheerleader remake, the last thing I did for them was Army Wives (Army Intelligence Captain Nicole Galassini), and was a great character with a great arc.

"They always have intense and interesting characters to play," she added. "Something to dive into and be challenged by. Historically, they've all been challenges as an actor and that's certainly appealing. Now that I'm older and have been doing this since I was seven-years-old, I don't mind not doing the heavy lifting and it's okay for someone else to be crying their eyes out. But at the time of doing most of my Lifetime movies, the more dramatic they were the better."

For Martin, 26-years on, Cheerleader still holds a special place in her heart. So much so that when Lifetime remade it (currently streaming on Lifetime Movies) she was happy to pay homage by revisiting it. "I asked to play the FBI agent (pictured below) which was originally written for a man," she recalled. "I was offered a few different roles, but I thought it would be fun to be able to do the scene where [Aubrey Peeples} confesses to the murder to my character. It was such a role reversal, but it was hard for me to be in a scene with someone playing a character I'd played, and not judge the way [Aubrey] was doing it. She did a great job, but my default was to suggest other ways of doing things. Ultimately, I liked how different the new version was as it felt more of a documentary and had a kinetic energy that was fun." 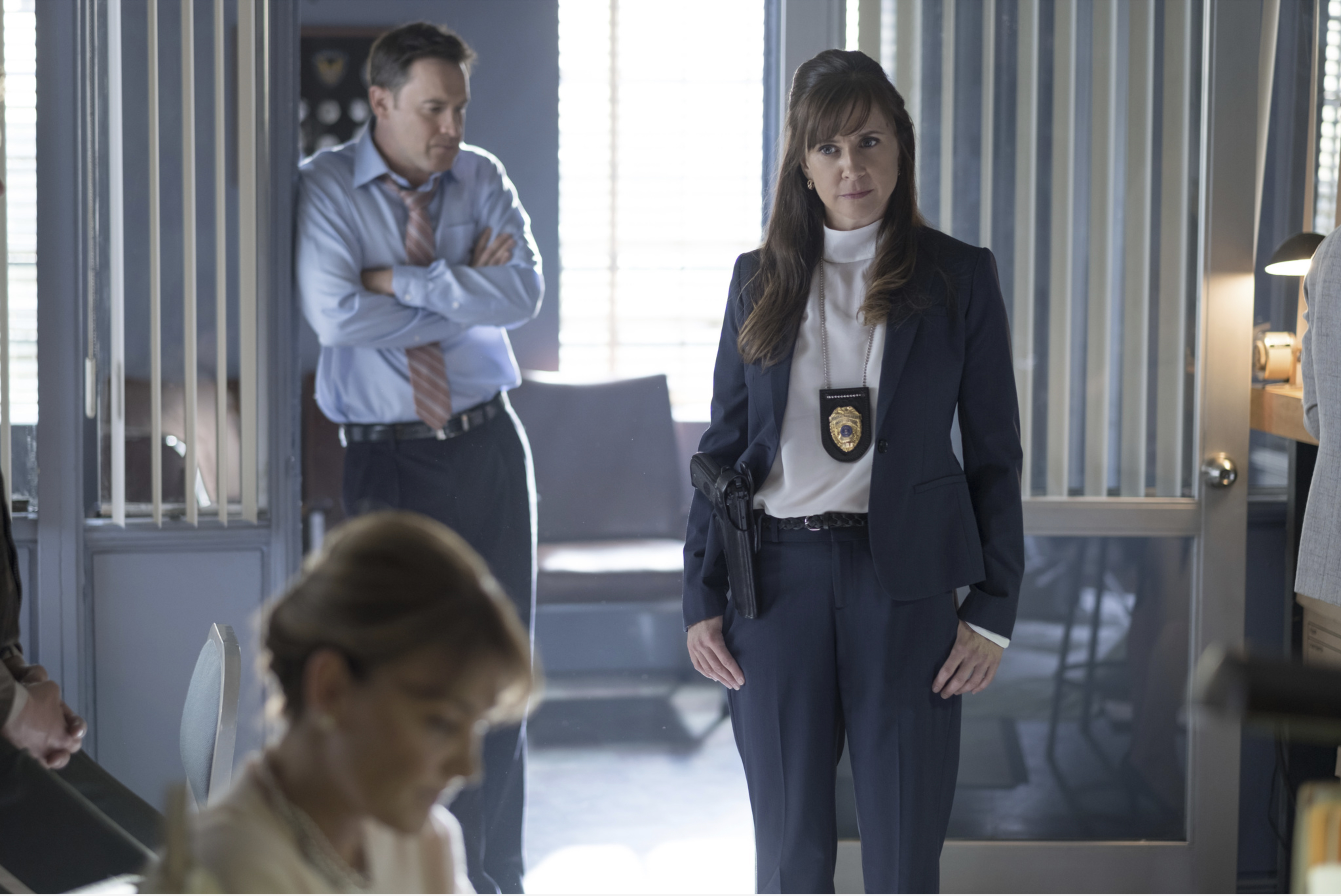 If her 4-year-old lets her, Martin hopes to be able to tune into as much as the marathon as possible and will be live-tweeting with viewers for Cheerleader. As a hardcore observer of the stay-at-home orders, she's happy doing just that. "If I go for walk in the neighborhood, I wear a mask," she shared in closing. "Everything's being delivered, I'm supporting many small businesses by having things shipped or using curbside pickup. In a pandemic where I can't help to create a vaccine, I do what I can and that is to stay home and wear a mask when out. I just wish everyone would do it as it's not hard." 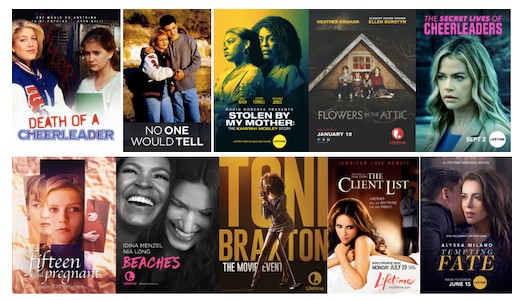 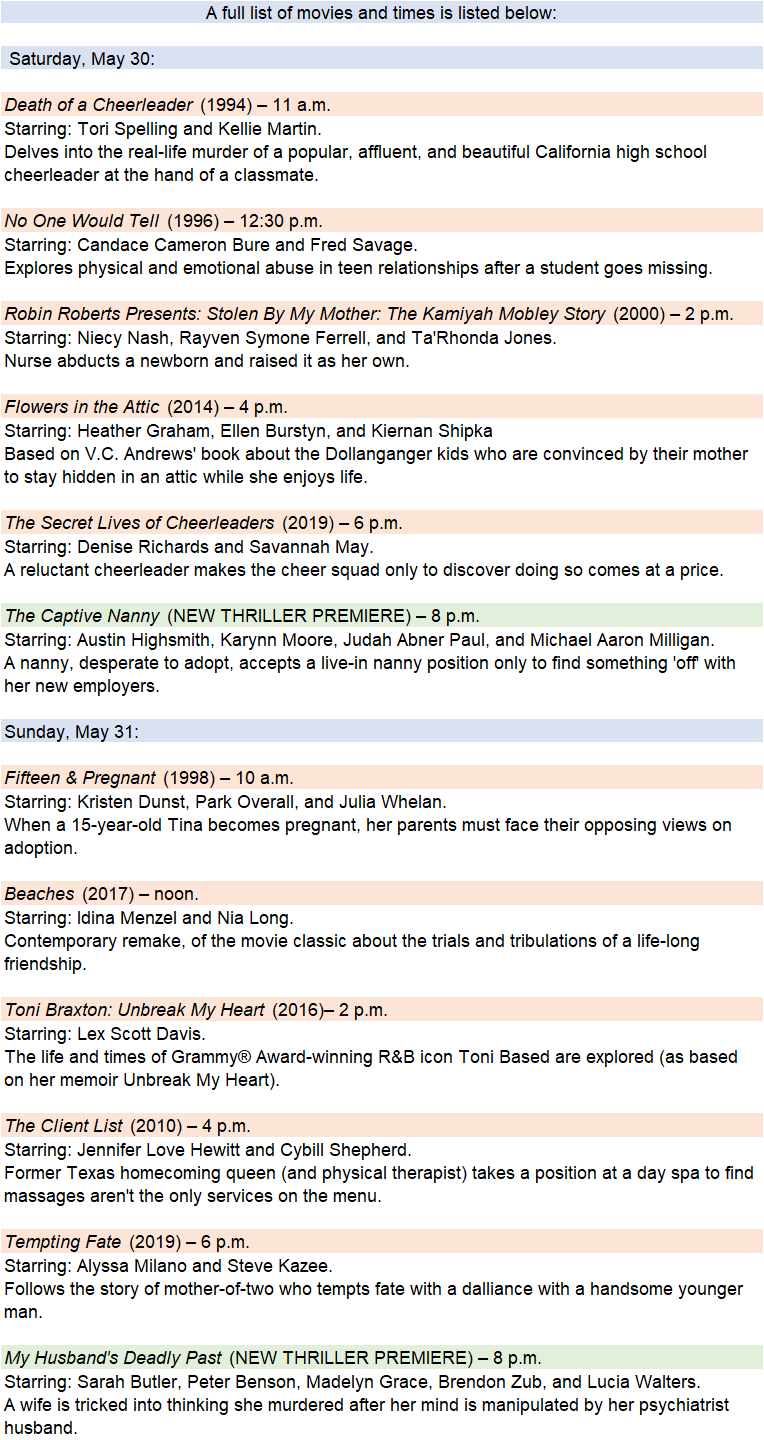