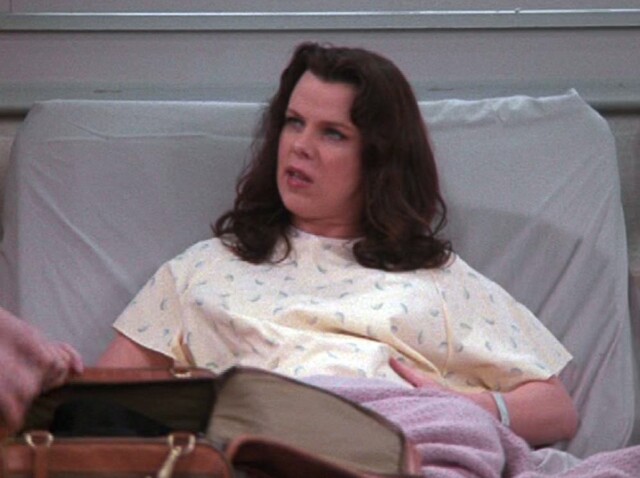 When it comes leaving your mark in a short of amount of screen time, actor Debi Mazar should be teaching a master class.  Widely known for her big-screen roles in Goodfellas, Singles, Batman Forever and Empire Records and on TV courtesy of L.A. Law, Entourage, Dancing with the Stars, and most recently SyFy’s Happy and TV Land’s Younger, Mazar’s brash New York accent has served her well.  But nowhere did it come in handier than in 2002 when she solidified her status as a Friend of Friends.  In The One Where Rachel Has a Baby (Season 8, Episode 23) Mazar made a lasting impression as Doreen, one of a procession of expectant mothers paraded before Rachel (Jennifer Aniston) while she endured 21 hours of labor.  What made Mazar so memorable as one of the expectant mothers was her extremely colorful battles with her husband, while Rachel lay helpless in a nearby hospital bed.

“You sick bastard!”  “You sick son-of-a-bitch!” and “[You] fat pervert!” were just a few of the verbal attacks expertly launched by Mazar during the scene.  But what a lot of people don’t realize is the role was a case of art imitating life.  “I was excited to do it because I loved the comedy and the writing,” laughed Mazar when MediaVillage talked with her about the role.  “And I was hugely pregnant for real!  Yes, that was my actual stomach!

“Nobody was hiring me at that point because when you're that pregnant you become an insurance risk,” she continued.  “So, to be able to go on a show, play pregnant and have fun with it, then get to converse and be funny in a hospital room was great.  Jennifer Aniston is such a great comedian, and to have her on the other side of me going, ‘Oh my God,’ was really funny.  I never got to see what she was doing while we shot as she was on the other side of the curtain.” 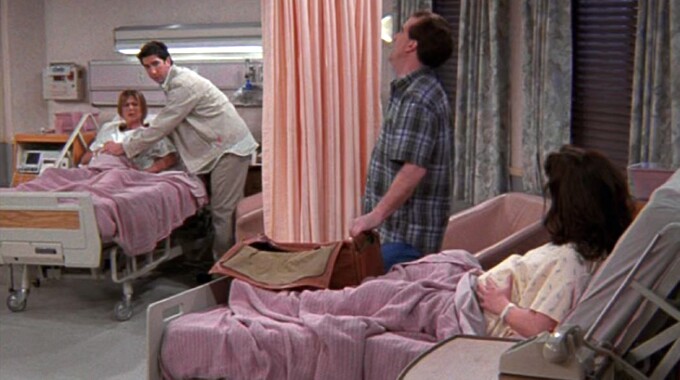 For Mazar, being a part of NBC’s legendary Must-See TV Thursday line-up, however briefly, was a thrill.  “I was really excited because I was a fan of the whole [Friends] thing,” she revealed.  “I had met some of the cast and I loved the comedy and the writing.”  Then when I saw the show, I cracked up.”

Despite 17 years passing since she became a Friend of Friends, Mazar said it’s a role for which she is still recognized.  “It's good to hear that it's on constantly,” she shared.  “I do get recognized a lot by older people for that, but not so much by kids in their ‘20s, who I guess didn’t watch Friends then for the most part.  But I have people come up to me for all different things that I've done, like Empire Records, which I've actually never even seen!  There is a huge number of fans from that as it has a cult following.”

Amidst her extensive list of credit’s, Friends is one the actress looks back on with great fondness.  “It's one of those things that I was glad I got to do a cameo in,” she said with a smile.