Decoding Millennials & Fandom: When teens say "shipping," it has nothing to do with boats - Alison Hillhouse, MTV Insights 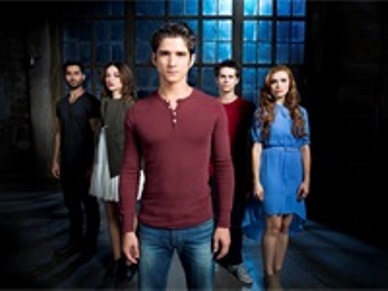 Generations of teens have been "obsessed" with pop culture – from fainting at the sight of The Beatles, to memorizing epic lines from The Godfather and Dirty Dancing,and stampeding malls to see 90210 heart-throb Luke Perry. But today's tech-fueled Millennials possess new tools to take the content they are most passionate about and unapologetically look for ways to throw themselves into it.

Welcome to the world of "fandoms" – online subcultures that orbit around cult TV shows, movies, celebrities, books, comics and more. Fandoms can involve people of all ages, but tend to be dominated by teens and 20-somethings. So on the howls of last night's Teen Wolf finale on MTV – a franchise with a huge following of its own – below is a primer on what you need to know.

What does fandom culture say about Millennials?

First, geeking out is cool! Clever GIF sets, crafting alternate endings to a plot and knowing obscure lines are social status to the Millennial generation, which prides itself on smarts and creativity. Millennials are earnestly enthused about things teens from yesteryear might have dismissed (or kept well-hidden).

Second, fandoms are a vehicle for Millennials to exert power over "people in charge" from the ground up. For example, Dr. Who fans were able to get a crying Statue of Liberty written into an episode after fantasizing about it online.

What are popular fandoms?
If you dig deep enough on the internet you'll probably find a fandom for anything and anyone, but some of the biggest among MTV's Millennial audience include:

Where do fandoms live?
Fandoms mostly live in social media, particularly Tumblr, and feel like a teenage girl screaming, crying and laughing hysterically all at once. Fans post animated gif sets of favorite scenes, poignant moments, funny quotes or hot characters with tags like #MyOvaries!!! (meaning: he is so hot my ovaries are exploding!).

Why is it important fans watch TV LIVE?
Watching a TV show live is imperative so that fandom communities can participate in cultural conversations in real time – an extremely valuable source of social currency. They sit armed with "reaction GIFs" to tweet the second something reaction-worthy happens in the show, often from movies. For example, a GIF of Doc Brown looking like he stuck his finger in the flux capacitor was posted by the fandom during the mass murder scene on Game of Thrones.

What about IRL (In Real Life)?
Fandoms also live IRL (in real life), particularly when fans engage in cosplay (dressing as characters) and attend Cons to meet other fandom members. Comic-Con has achieved a SXSW "cool" status, and other Cons are growing, e.g. LeakyCon.

How do I speak Fandom?

Fandom is a foreign language. Here are a few words to get you started:

The bottom line: for many teens, fandom = life. As Lea, 17, explains, "I have friends and family who aren't even into anything, like a show… I'm like how do you live? I don't know how to not be obsessed with

something." A sentiment worth paying attention to.

Alison Hillhouse is the Vice President of Insights Innovation at MTV, where she focuses exclusively on understanding the behaviors and psychological underpinnings of Millennials. She decodes everything from the intricacies of fandom culture to high school cliques to the creative ethos of the generation. The insights her team uncover help MTV fulfill its research imperative for ³radical audience intimacy

Alison Hillhouse is the Vice President of Insights Innovation at MTV, where she focuses exclusively on understanding the behaviors and psychological underpinnings of Millennials. She decodes everything from the intricacies of fandom culture to high school cl…