Deflecting the Blame: How Corporations Get Us to Look the Other Way 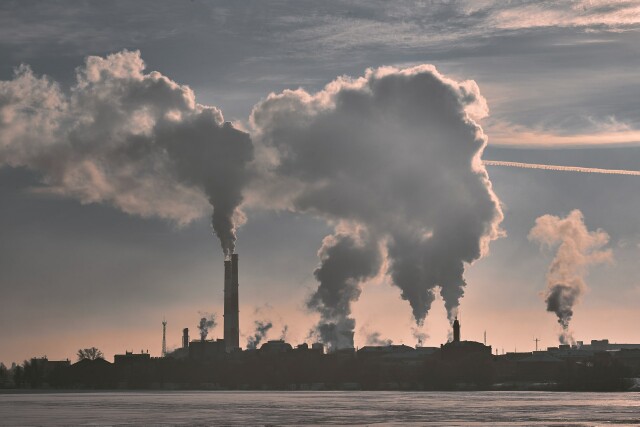 Campaigns to put the onus on consumers go back a long way and are remarkably effective. "Big Oil Wants You to Blame Yourself," proclaimed the New York Times on September 5. The story is about the master spin exercise by which the industry deflected blame for climate change and heaped it instead on the backs of individual consumers. In other words, it's about what you do to reduce your carbon footprint, not about the much larger contribution of major oil companies.

Fossil-fuel companies, Auden Schendler wrote, "like consumers and corporations to do anything and everything as long as they stay out of the companies' way and avoid doing anything that could actually make a difference."

Getting to that point required a massive PR initiative. In 2004, BP ("Beyond Petroleum") hired Ogilvy & Mather to push the idea that consumers bore the responsibility for the greenhouse gas emissions from their use of oil and natural gas. The campaign included a helpful carbon footprint calculator that enabled people to measure their own impact on the earth. The results were exceptional from an oil executive's point of view and now comprise official industry policy. A One Earth study found that ExxonMobil, for instance, routinely uses language "aimed at shifting responsibility for climate change away from itself and onto consumers."

This tactic is stunningly effective and adopted across polluting industries. "It's not just that we need the fossil fuel industry to stop polluting, but we need corporations to recognize how we got where we are and take appropriate action," Schendler said in an exclusive interview with MediaVillage. He pointed out that Apple, which hired the former head of the Obama EPA, Lisa Jackson, and "talks enormously about climate change," nevertheless has opposed the $3.5 trillion reconciliation bill -- a one shot at meaningful emissions reduction -- because it might be financed with a rise in company taxes. But Apple's public image hasn't suffered.

Keep America Beautiful's partners include Coca-Cola, McDonald's, Anheuser-Busch, Dr. Pepper and many more. KAB wins if people see a fast-food wrapper and think, "It's my job to pick that up." It loses if the thought is, "Why isn't the bottling industry using returnable bottles or supporting bottle bills?" Again, this kind of campaign is very effective for companies that want a bad public perception to go away.

But anyone who thinks this approach is recent should think again. Tom Standage's new book A Brief History of Motion offers a fascinating glimpse into the auto industry's thinking at the launch of the motoring era.

From 1900 into the 1920s, cars were being demonized as killers of innocent pedestrians, and cartoons showed the Grim Reaper at the wheel. The National Safety Council arose to combat the threat, and it found fellow travelers in the local chambers of commerce, the Boy Scouts, schools and churches. In Memphis, a black flag was installed every time a child was killed on the roads. "Every automobile accident, whether serious or minor, causes a sales resistance," said a car dealer in 1922. Campaigns to get speed governors installed on cars were gaining steam. What to do?

The American Automobile Association (yes, AAA) and the National Automobile Chamber of Commerce joined forces on a campaign to "educate pedestrians." This explains the rise of the "jaywalking" concept and convincing people to "cross on the green, and not in between." (At the time, a "jay" was a clueless country bumpkin, who needed to understand that automobiles ruled the road.)

Soon carmakers, auto clubs, dealers and suppliers were united in helping to fight the jaywalking scourge. "Outwardly, this approach seemed to champion the safety of pedestrians," Standage writes. "But by arguing that people should only cross at junctions and at right angles to the traffic, it promoted and reinforced the industry's position that the streets were now primarily for the use of motor vehicles."

Peter Norton, a historian at the University of Virginia and the author of Fighting Traffic: The Dawn of the Motor Age in the American City, agrees. "In the early days of the automobile, it was the drivers' job to avoid you, not your job to avoid them," he said. "But under the new model, streets became a place for cars -- and as a pedestrian, it's your fault if you get hit."

That was a new concept. Take a look at this historical footage from San Francisco in 1905, with pedestrians crossing whenever and wherever they wanted. Obviously, they needed to be re-educated:

The industry's lobbyists persuaded President Herbert Hoover to tone down his anti-car rhetoric and instead, in 1924, focus on making pedestrians responsible for their own safety. The accident statistics were even skewed that way. We're living with the consequences of this.

There are many other examples of this. The industry got consumers to accept tetraethyl lead in gasoline by calling it the friendly sounding "ethyl." Ethyl alcohol could have been used instead and would have been much more benign, but any farmer could make it and the industry couldn't get a patent.

The Ethyl Corporation was formed between General Motors and Standard Oil, with Vice President Frank Howard calling leaded gas "a gift of God."

Inventor Thomas Midgely even smeared his hands with ethyl lead to prove it was safe. (His severe case of lead poisoning was less publicized.) It took a century to get the lead out. By 2020, only one country – Algeria -- still sold leaded gasoline.

If they didn't work, corporations wouldn't support campaigns like these. But they do work. Big time.