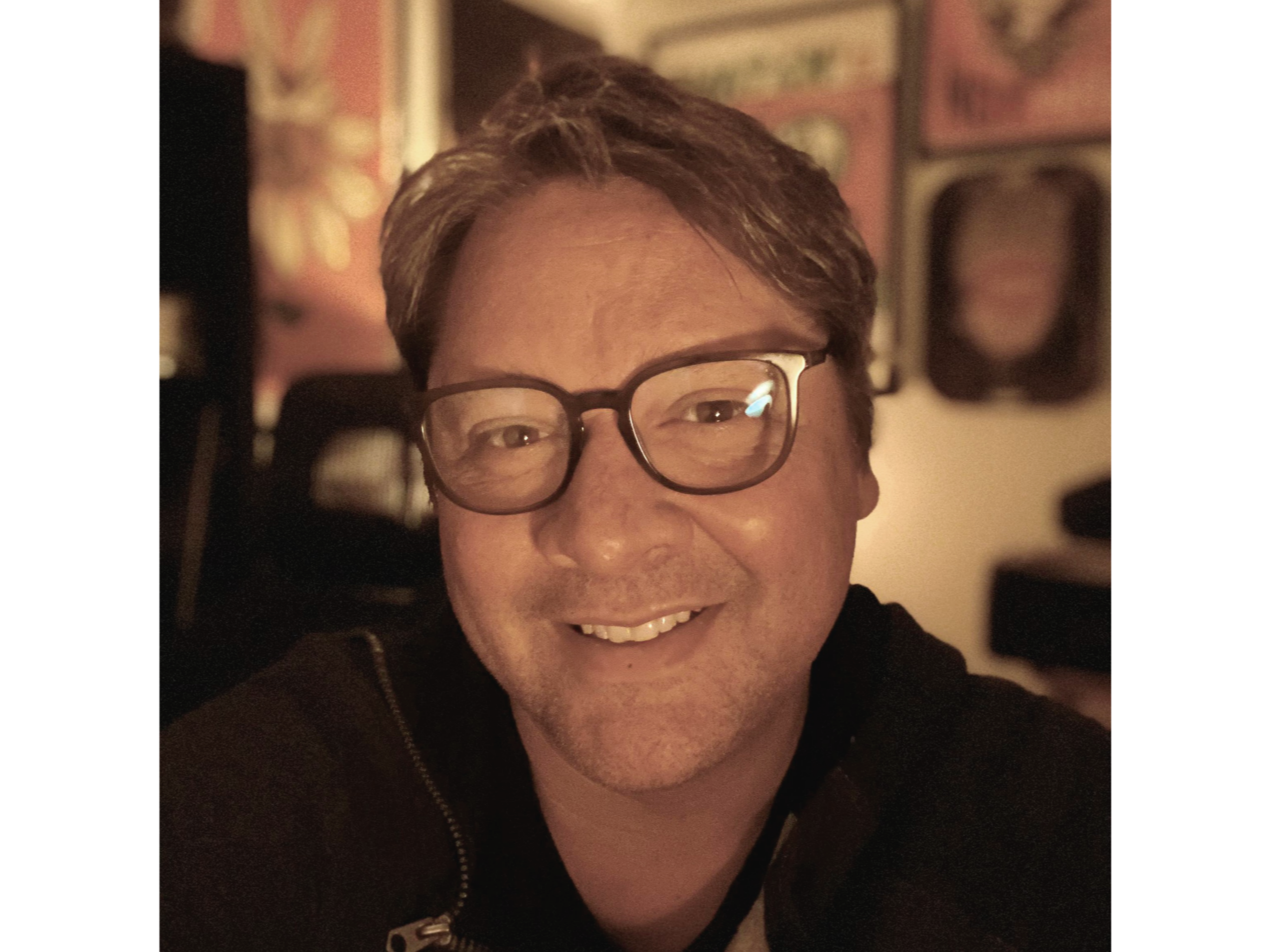 Dave Meeker (pictured at top) is pointed into the future on just about any given day. And he's excited about it, but that's "tempered with fear." As the St. Paul, Minn.-based Global Chief Innovation Officer at dentsu International's agency Isobar, he's worked with clients like Google, HBO, NBCUniversal and Tesla Motors. He also advises the larger dentsu conglomerate on technologies, trends and innovation.

There's always the chance that we could "inadvertently design ourselves into dystopian hell," Meeker says. "But I'm mostly excited about the newness, the change ahead."

He's been in the Internet space since the '90s. He was an English major in college, but when job prospects turned out to be less-than-ideal, he and some pals created a dial-up Internet Service Provider (ISP).

While there have been many notable changes since that time, Meeker says what we do on the Internet has pretty much been the same when compared with what's to come. "We are now looking at fundamental change -- how data is stored, how web servers work, serverless websites," he explains. "[There will be] apps that heal themselves or diagnose problems or write their own code or optimize the experience based on AI. We're looking at artwork that's created by machines -- people putting headsets on and getting married to people they don't know in real life, but as avatars."

Meeker has conversations with executives every day, "and half the conversation is them staring through the camera, [looking] like, 'What are we talking about?'" he says. That's because for many of us, "the principal underlying concepts are so foreign they're hard to grasp." One such concept is decentralization. In turn, that's key to really understanding concepts like the metaverse, blockchain and cryptocurrency.

"I'm excited because it gives us new tools in the toolbox, but where I temper that is, I just don't know because we're not there yet," he says with a laugh. "Is it realistic to say to a client -- and I don't care what business they're in -- the next time you explore a joint venture or create a new business, do we look at a DAO, blockchain-based organization with decentralized decision making? That has a very unknown potential. It could be amazing, or the worst idea ever."

Meeker gives a couple of simple explanations. In a decentralized structure, people in the customer service rank-and-file might be the decisionmakers concerning how they answer the phones. Or bitcoin investors in a company with a fleet of autonomous vehicles might vote on what mechanic will come and take care of a car if it gets damaged. And the car will alert the repair shop automatically when it gets damaged in an accident.

There are new innovations likely to occur that could be fun, Meeker notes. Imagine a day when you want to cook a certain dish and call up an avatar of the chef Jamie Oliver, which sits across the countertop in your kitchen and offers advice based on what you're doing, like, "Wait! That's going to be way too much red pepper."

Interacting with an avatar in a real location, like a kitchen, is a form of spatial computing. The Oliver avatar may not sound like an example of a metaverse, which is generally thought of as closed-off, isolated virtual reality realms. But it is.

"When I use the term spatial computing, I think of it being more pragmatic -- less shiny objects and more functional," Meeker says.

As time goes by, he expects that a lot of the new innovations will become "hidden in plain sight." For example, the way we can program lights to turn off when people leave a room.

One change might involve customer service reps (CSRs). Imagine a time when artificial intelligence makes it possible for a human CSR to create a digital persona that would be viewed by customers, protecting the real CSR's privacy. Based on available information and the behavior cues from a consumer, the CSR may perceive what particular words or tone would calm down an irate customer, or what would make them laugh.

Given the early versions of digital humans in existence today, they may seem really creepy. "And they are," Meeker admits. "But we'll get past that. Quantum computing is not going to be a problem in seven years."

His views about the future possibilities have certainly changed with time. When he co-conceived that ISP in the '90s, he was really excited about how the web would democratize information, no matter where people lived or their economic status. That view has certainly altered and provided him with that healthy dose of skepticism.

"When we go to talk to a client about Web3, I'm never going to stand up and talk about how much money they can make with NFTs, and [say] 'Look at the hype, and look at the buzz.' Because we've got a war going on. We've got real human problems, like people who don't have access to clean water," Meeker says. A key question is: "Can we use our technology to help solve those things, to create more empathy in human beings?"

Here's a slightly different way to look at it. "How do we create things with clients that attract consumers and are really good for people -- that offer real value and make life more interesting and better, rather than [just] making a buck?" Meeker asks. "It's our responsibility as leaders in advertising, marketing and communications to use all these new tools at our disposal, be a little bit skeptical, and focus on what they can be, not what they appear to be."

That may seem like a lofty statement, but "the keys to part of the future have been handed to our industry, right now," he concludes.