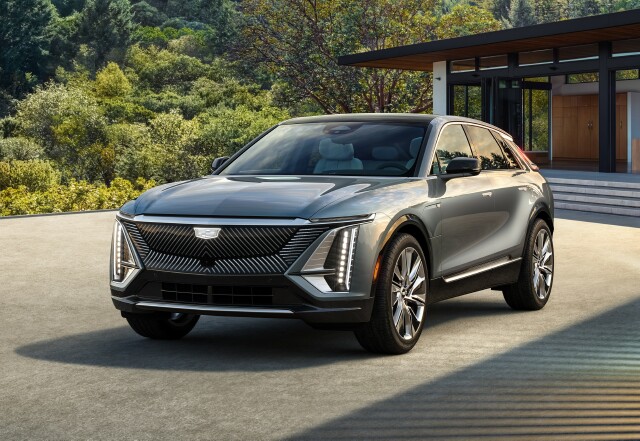 We have now gone 11 months with cars on dealer lots being sold for "over-sticker" prices. According to Kelley Blue Book (KBB), the average new car in April sold for $46,526, up steeply from $41,172 the year before. Consumers reeling from high new car prices have tried to buy used, but the news isn't good there, either. Carvana, the used-car giant, just laid off 2,500 people, in part because inventory has become very tight. Because of unprecedented demand, the average price for a used vehicle rose 42 percent over the last two years, closing in on $30,000 now, KBB said.

AutoForecast Solutions says that more than 25 auto brands each lost more than 10,000 units of North American production because of parts shortages through May 2021. And it's not getting better anytime soon. Lewis Black, a partner at Almonty Partners (which mines tungsten, critical to the making of chips) says he's now pushed back his expectation for the end of the crisis to late 2023.

The paradox is that demand for new cars is at levels reminiscent of the post-World War II consumer boom, but those hungry buyers are having to scramble to find their vehicles. Automakers are usually in the position of trying to activate that purchase gene, maximizing the sale of cars and trucks they're turning out as fast as they can. But what happens to advertising and marketing when the few vehicles that do make it to dealer lots fly out the door unaided?

There is pain, along with the rest of the automotive supply chain, but predictions remain surprisingly bullish -- especially for local advertising. Borrell Associates' 2022 Local Automotive Advertising Outlook says that local dealers spent $8.7 billion in 2021, up 15 percent from 2020. And for 2022 the report predicts an 8.8 percent increase in ad spending, using the money to "rebrand themselves, educate consumers on what their stores have to offer and drive buyers to their websites to interact."

Meanwhile, national TV buys are showing signs of life, with $503.9 million spent in February 2022, up 154 percent from the same month in 2021. But more recent surveys show a small but significant dip, about 14 percent, in national auto TV advertising.

For the week of May 2, Cadillac had the most eyeballs among automakers for its electric Lyriq spot "Fortune Favors the Fearless," according to iSpot.tv. Sports events drew a lot of the viewers in broadcast and cable. (The Lyric is pictured at top.) With an ad spend of $2.25 million, Cadillac got a lot of bang for its buck -- 260 million impressions.

Auto advertising and marketing continues, propelled in part by the carmakers' need to introduce all the new and unfamiliar electric models they're churning out. The recent New York International Auto Show was almost exclusively about cars with plugs, including the much-anticipated Ford F-150 Lightning. A confounding complication is that EVs use approximately twice as many chips as regular gas cars, so the crisis may affect electric availability the most.

One factor keeping the media spending going in the face of such disruption is brand loyalty and retention. Automakers fear that if they disappear from popular media -- and their cars aren't on the lots -- hitherto loyal customers will defect and not come back when the crisis eases. Joe Kyriakoza, Vice President and General Manager of Polk Automotive Solutions by IHS Markit, said in an interview that consumers have a fairly consistent 50 percent loyalty to their current car brand, but that's starting to deteriorate as buyers shop around for available vehicles.

Kyriakoza said customers today often have loyalty to auto segments -- like pickup trucks -- rather than to brands. "It's not plausible that pickup customers would, say, buy a crossover from their current brand because a pickup wasn't available," he explained. "Instead, they're going to shop other brands. It's easier for the automakers if they have a family of brands -- someone who couldn't find a Chevy crossover could buy a Buick instead."

The automakers, Kyriakoza added, "need to continue to have a voice -- they can't go silent and dark." He said that brand loyalty is down two percent year over year. "It doesn't seem like a lot, but it could mean that a customer would fall in love with another brand and not come back. There are more consumers who are nomads in the marketplace now."

Cox Media puts it this way: "In the face of these [supply chain] disruptions, auto advertisers and marketers are still tasked with engaging potential buyers and driving conversions. In fact, the hardships affecting supply chains and production make it all the more important that auto ad campaigns are creating revenue opportunities as brands focus on weathering this storm." Cox notes that about a third of consumers said in 2021 that the chip shortage had led them to consider brands other than their current car. That's ominous for automakers.

The fear factor continues to propel lots of ad spending. According to Auto Success, the crisis is also accelerating a push to digital: "Many retailers are relying on their digital advertising partners to instill more 'just-in-time' promotions and advertising practices known as Ad Refreshers across their web and digital properties, such as dealership websites, third-party websites, Google and Bing display advertising, social marketing, and even ads on YouTube and streaming video content, such as Hulu."

One reason for this is that consumers are going online trying to find available cars, which complements the online shopping that has already largely supplanted that initial visit to the dealership floor. Oddly, they're still fixated on trucks and SUVs, despite the high gas prices. Consumer behavior can be difficult to predict, and that's going to keep the auto ad and marketing business on the volatile side for the foreseeable future.