Digital Fraud, Procurement and the NewFront 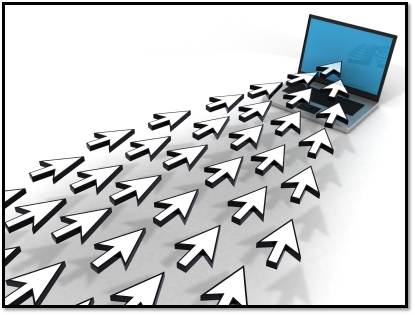 As media planners and buyers finalize budget allocation with the clients and expand their Upfront negotiations with digital media, how influential are concerns over fraudulent impressions and click-through rates, and how influential are client procurement officers in the digital media buying decision-making process? MyersBizNet asked 350 digital advertiser and media agency executives these questions.

Q: In determining what media companies you include in your digital media buys, how great a concern are fraudulent impressions and click-through rates?

18% only include sites that guarantee minimal or no fraud

Do these stated “realities” conform to the actual practices that digital media sellers are experiencing in the field? Only 5% of advertiser and agency execs say “there is too little information to factor fraud into our plans,” even though this is the most likely reality at most agencies today.

Based on several recent interviews, my take-away is that agency and client executives believe the industry is responding appropriately and meaningfully to fraud, while in fact it is far more pervasive and universal than they understand. Beating fraud is being compared to playing whack-a-mole – stop it here and it just pops up over there. Industry efforts to manage and control fraud are being compared by many to efforts during prohibition to control bootlegging. It’s too ubiquitous and too difficult to track and control.

A few years ago, Google’s Eric Schmidt argued that fraud was built into pricing, a comment that was roundly criticized. But just as John Wanamaker’s comment that only half his advertising worked but it was okay because it did work and was cheap, fraud is built into the pricing and isn’t actually being managed as aggressively as buyers, planners and clients believe.

Q: How large a role do clients’ procurement requirements have in influencing your digital media buying decisions? Procurement-based pricing decisions have:

39% - Some influence on digital pricing and buying decisions

Again, I question how much actual understanding many agency buyers and planners -- those in the trenches -- actually have of the influence procurement has on the guidance they receive from clients. A more likely reality is that a majority of those claiming procurement has minimal/no influence are actually in the “Don’t know” category.

While media and advertising are an emerging responsibility for supply chain management at major marketers, there are few companies today where every expenditure is not subjected to pricing controls. Procurement officers are packaging advertising with other business expenditures that have subjective and qualitative variables, and are developing new models to assess year-to-year pricing shifts in these categories. It’s reasonable to believe that 85% of advertisers are somehow factoring procurement-based models into their advertising budgeting process. It’s also reasonable to believe that most media agency execs and those who are dealing day-to-day with media sellers have very little understanding of the supply-chain management techniques and procurement realities that are clearly beginning to dominate our business and will play a primary role in the major media reviews that will have a huge impact on the business in the next few years.