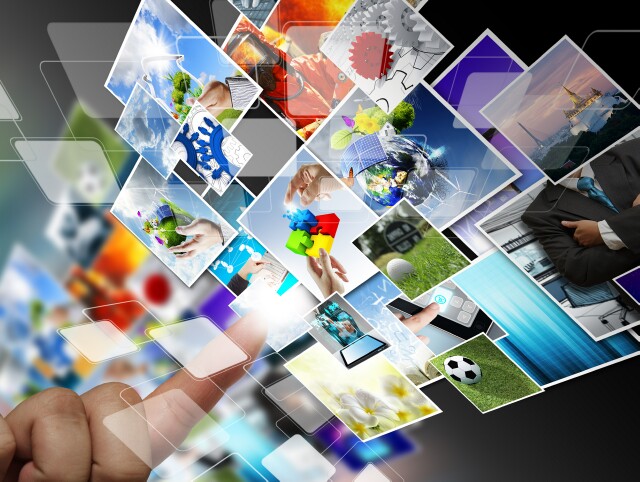 Disruption shows no sign of abating in 2022 and beyond, according to a virtual panel of industry experts Friday at CES conference partner Digital Hollywood. For the array of companies on the panel -- Audacy, Discovery+, FITE, LG Ads, Twitter and Vevo -- disruption represents opportunity.

While the continuing exponential expansion of content seems untenable -- with some kind of contraction or repackaging likely -- that might not be coming as soon as people have predicted. Instead, content providers are working to figure out the best ways to reach more consumers in an increasingly fragmented content universe, and those experiments are likely to end up creating more content.

"We're still in the early days around growth of FAST [free advertising-supported television] channels. We'll see more specialization of channels in that space," said Natalie Gabathuler-Scully, Senior Vice President, Revenue Operations, Vevo. "For us, it's channels based on decades or specific television series having their own 24/7 curated channels. All of that will continue to expand. We'll start to see unique ad formats in that market. We're getting ready to announce some in the coming year."

Combat sports-focused digital streaming network FITE, owned by social video platform Triller, also plans to launch a FAST channel this year. "There may be consolidation overall but many new things are coming that could be huge next year," said Kim Hurwtiz, Chief Marketing Officer, FITE.

Surviving the pandemic as well as the disruption requires companies to dig deep and innovate, said panel moderator Anne-Marie O'Neill, CEO of Los Angeles-based media company Whalerock Industries. Each of the panel members -- who all represented different companies and platforms -- spoke about different ways they have innovated in the past year.

Vevo is looking toward personalization, said Gabathuler-Scully. "There will be more blurred lines on CTV [connected TV] between linear and on-demand experiences in that AVOD [advertising video on demand] space. Personalization is another point of differentiation where you can appeal to mass audiences while [offering] that unique tailored experience so you can be relevant to every viewer in that mass audience space."

"One of the reasons I think audio is going through a bit of a renaissance is because the medium is catching up to where video has been," said Brian Benedik, Chief Revenue Officer, Audacy. "Content is getting more personalized and recommendations are getting better, so much better than they were five or ten years ago. That's translating to marketers, giving them more options within audio to get more creative."

Audacy, which was previously Entercom, spent the past 10 months completely changing the company via mergers, acquisitions and repositioning, said Benedik.

"In some ways, innovation was foisted upon us in this last year by having to meet consumers where they were while consumers were having to manage through the pandemic. All of us have had to respond to that," said Justin Fromm, Senior Vice President of Research, LG Advertising. "LG Ads was born out of the need and the changes that were happening in the marketplace. What we've seen happening through the consumption and adoption of streaming is the need for incremental measurement."

Disruption isn't just hitting the content and distribution markets; advertisers are also having to make adjustments.

"Advertisers are struggling to reach a scaled target," said Jon Steinlauf, Chief U.S. Advertising Sales Officer, Discovery. "If you go back 25 years, ratings were almost ten times the size they are today. Today, a 0.7 is considered successful. With all the fragmentation plus the fact that the largest streamers [Netflix, Disney+, Amazon] don't run ads, believe it or not, there's a shortage of ad impressions in the video space."

Television is merely entering its third age, Steinlauf, added, with broadcast dominating the first 30 years or so, followed by cable starting in the 1980s and finally streaming.

Just coming into view are such technology trends as cryptocurrency, blockchain and non-fungible tokens (NFTs), all of which have been gaining momentum over the past few years. While Benedik says he's "not sure [those technologies] will build a marketplace for another five years or so," brands are certainly "dipping their toes in that water."

Chapter four will likely be the metaverse, with Facebook in 2021 changing its parent company's name to Meta in anticipation of the new virtual-reality platform.

"I hope this metaverse world is a combination of the real world and the digital world," said Benedik. "It's definitely coming -- the infrastructure with 5G, glasses and headgear. All of that is two years away. Brands are starting to think about how they participate in that. It's real and it's coming."

Paige Albiniak has been covering the business of television for nearly 25 years. She is a longtime contributor to Next TV, Broadcasting & Cable and Multichannel News. She concurrently serves as editorial director for global entertainment marketing associ…