Dilemma of Chinese Censorship: Hollywood's Problem Isn't Only in China

By Kent M. Harrington March 27, 2018 In the National Interest Archives 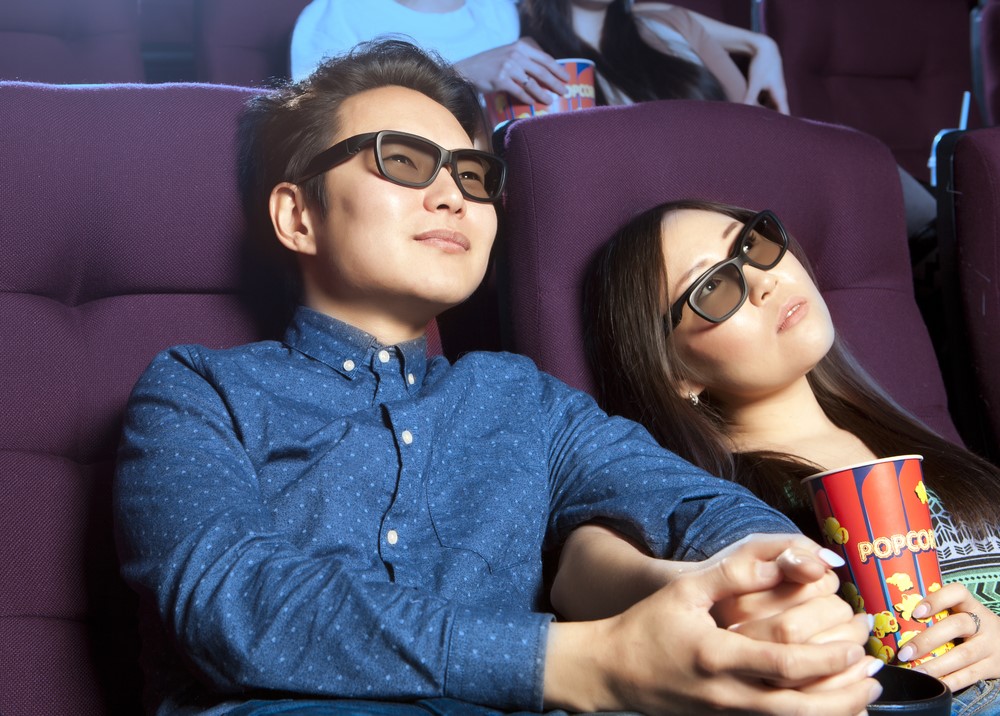 (Editor's note:  Kent Harrington, a former senior CIA analyst, served as National Intelligence Officer for East Asia, Chief of Station in Asia and the CIA's Director of Public Affairs.)  Big data, artificial intelligence and amped-up computing are revolutionizing forecasting of all sorts, but for movie industry analysts a subscription to the trade press still works just fine.  Take Black Panther, the latest smash hit, and the last few years of front-page stories about big box office receipts from Dark Knight, Avengers and Wonder Woman.  You'd be smoking something not to predict a bright future for superheroes and full employment for the software coders whose special effects deliver their fantastical feats.

But Hollywood's bottom line-driven sequel syndrome isn't the only reason to expect the major studios to continue squeezing more of the same golden eggs from their goose du jour.  The rise of China as a movie market and a production partner figures prominently.  With revenue from Chinese movie goers baked into their corporate plans, entertainment executives are showing no qualms about greenlighting politically anodyne, escapist scripts in order to win an okay from Beijing's censors, a pre-requisite to debuting hoped-for hits on China's big screens.

Shaping big budget movies to accommodate the Chinese communist party's do's and don'ts has paid off handsomely.  But the black ink notwithstanding, Hollywood is likely to find the ethical price of kowtowing to Beijing going up soon.  Just given lifetime tenure, President Xi Jinping is tightening his authoritarian grip, especially on the media.  Xi wants to peddle China's political message more aggressively around the world.  As he pushes his brand of soft power abroad, studio executives should be ready to toe Beijing's line outside China as well as within.

The reasons why China claims top billing in the studios' strategic plans isn't hard to figure out.  Reflecting the leisure pursuits of its expanding middle class, spending by Chinese moviegoers is a powerful motor behind global box office growth.  In 2017 the Chinese accounted for one-fifth of global box office sales.  Receipts in China hit $8.6 billion last year, not far behind the $11 billion paid out in the United States.  With 51,000 screens operating at year-end, up 23 percent over 2016, theater and entertainment complex construction is moving into China's smaller cities and towns pointing to even more growth ahead.

For American filmmakers, conforming to the demands of China's official media overseers presents more than the usual share of hurdles.  China is building its own movie industry and as in other business sectors Beijing blatantly favors local players: a quota system limits the number of imported, big budget films; the revenues that flow back to Hollywood are skimpier than in U.S. and European markets, and joint ventures with Chinese partners, a foreigner's only option to skirt the film quota, are subject to opaque regulations interpreted by officials who can nix even minor production details.

More important, new legislation gives Chinese censors more latitude to intervene when they see scripts, or even behavior by foreign partners elsewhere in the world that, they believe, break Beijing's political rules.  The legal language has a lofty, if Orwellian ring.  Regardless of where they are, or their star power, foreign film companies and their actors need to avoid words or deeds that could damage "China's national dignity, honor and interests" or "harm social stability or hurt national feelings."  Chinese partners or not, studios that slip up can find not only their deals but also their future access to China in jeopardy or even shut down.

For Hollywood, the new rules pour oil on an already slippery slope.  Even before the legislation the major studios had made a practice of self-censoring to avoid running afoul of Chinese officials who must pass on their scripts.  The evidence isn't hard to find, including tailoring movies like Transformers IV to extol the Chinese communist party; rewriting Red Dawn to make its invading armies North Korean rather than Chinese, and recasting the mystic mentor of Dr. Strange from Tibetan to Celtic to erase any mention of Tibet, where China imposes a repressive occupation.

Many will argue that it's just business.  Censors say what's off-limits and in China movie makers must comply.  Otherwise, changing the nationality of heroes or villains are simply re-dos that give Chinese viewers what they want to see.  In some cases, of course, that's true.  But that's not what China's new movie law demands or what Chinese officials are now telling foreign companies outside the film business if they transgress.  In fact, Xi Jinping himself has energized China's political and ideological watchdogs across the board.  Hollywood would do well to take heed.

Take China's expansive position on control of the web.  In Beijing's view it's no different than policing physical borders.  The Foreign and Cyberspace ministries assert territorial sovereignty applies to cyberspace.  The policy isn't only about China; Beijing is advancing the concept in web governance forums.  For entertainment industry leaders, it's not only a freedom of expression or human rights issue.  It's a business threat.  Indeed, Hollywood's future depends on distributing products globally on multiple platforms.  The value of the major studios' advocacy for an open world-wide web is obvious, as is their choice:  Speak out and risk their stake in China's market, or pre-emptively concede a role on the issue and keep their peace.

Paying attention to Beijing's attempts to apply its censorship rules outside China is no less important.  Last year Cambridge University Press initially complied with a Chinese request to purge offending articles from its China Quarterly web site for "visitors from China."  The publisher reversed the decision, but Beijing made its point:  The Chinese aren't going to be shy about trying to remove what they see as politically objectionable content wherever it appears.  Hollywood shouldn't be surprised if it's next.  Consider a streaming video inventory, including movies not distributed in China.  Would, say, a Universal or a Disney jeopardize revenues from China for the sake of a couple of old flicks that show Mao in less than a flattering light?

The issue, of course, goes well beyond movies already in the can.  Under Xi, the Chinese haven't been subtle in taking actions to shortstop critical or embarrassing stories as they emerged around the world.  From kidnapping publishers and booksellers in Hong Kong and Bangkok to stop their exposés on China's political elite to leveraging advertisers in Australia in order to stifle unwanted news in the local Chinese press, Xi is sending the message that Beijing intends to shape the narrative about China abroad.  While most of the effort so far has targeted dissidents, ethnic minorities and other nonconformists, senior Chinese security officials have underscored their broader writ, pointing out that platforms like Twitter and WhatsApp that distribute offending views are candidates for retaliation, as well.

If they haven't already, Hollywood executives need to read the tea leaves.  It's not just social media under threat.  Ask Mercedes Benz, Marriott and Delta Airlines.  All three tripped up this year; their sins involved errant social media and web site mentions of the Dalai Lama, Tibetan independence movements and Taiwan's status as an "independent country."  Beijing's treatment of the corporate miscreants -- China demanded apologies and Mercedes and Marriott were subjected to "spontaneous" social media attacks -- wasn't only meant to express its ritual ire.  Twitter and WhatsApp, the platforms used by Mercedes and Marriott, are banned in China.  The message: Beijing expects conformity to its political rules, no matter your business, on more than China's home turf.

In the final analysis, unlike many other companies that have stakes in China, the major studios face a unique challenge.  As flagships of the global entertainment industry, they represent a threat to a regime founded on the communist party's absolute control of the media in all its forms.  Add to that Xi Jinping's increasingly authoritarian exercise of power and Hollywood is not only competing in one of the most politically sensitive fields imaginable in China; it also faces a growing ethical as well as business risk as Xi consolidates his control.

In his study, Censors at Work, Harvard historian Robert Darnton examined censorship from 17th Century France to 20th Century East Germany noting, among other things, that the relationships involved often verged on collaboration.  Darnton was talking about authors and censors, not billion-dollar corporations and their bottom lines.   Having acceded to China's censorship in its domestic movie market, the question is obvious:  As Xi pushes China's influence abroad, including his censors, how far will Hollywood go?