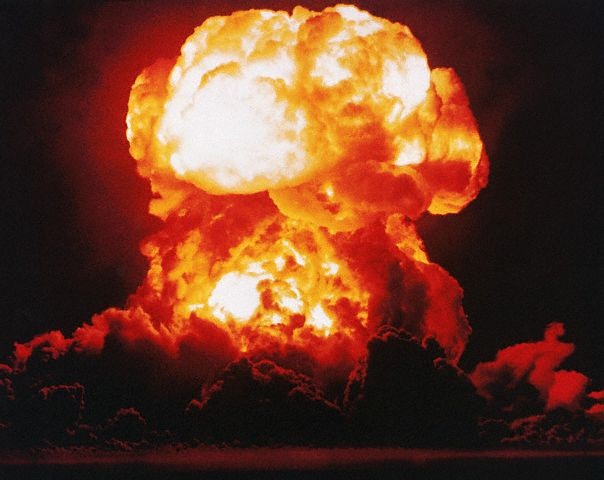 Editor’s Note: The controversy generated by Mike Drexler’s September 28 column “The Advertising Industry As We Know It Is About the Blow Up!” continues.

On November 11 we published the first installment of a four-part response to Drexler’s piece written by David Smith of Mediasmith. It proved equally combustible, as evidenced by the response to industry veteran Blaise D’Sylva’s November 17 column about Smith’s column. To date, all three of these columns have been among the most-read and most-discussed in the history of MediaVillage.

You can read the column that started it all here. Smith’s first response can be found here. D’Sylva’s response to Smith is here.

And now, MediaVillage is pleased to present the second installment of Smith’s four-part response to Drexler’s original column.

Two weeks ago, my first response to Mike Drexler’s column addressed the issues of transparency, client relationships and clients wanting to move operations in-house. This time, I am responding to his facts about technology and ad blocking as they relate to programmatic buying.

Drexlerhas pointed at technology as the game changer that nobody has yet figured out how to best deal with. “If you think programmatic buying is unsettling, with all that goes along with it,” he says, “think about … ad blocking.”

My Response: With all due respect to Mr. Drexler, it is an exaggeration (maybe for effect) that “nobody” has figured out how to deal with these changes. At Mediasmith, we tackled this initially through crowdsourcing solutions. Everyone on our team became a resident expert in an emerging technology and sharing their findings with the rest of our group. The knowledge then permeated the entire agency and became a part of our culture that persists today. Yes, it is complex. There are too many new media technologies and too many vendors to deal with practically. But consolidation is in the air. While many of these technologies provide point solutions to client needs or agency/publisher/client pain points, there is no question that there is significant overlap and inefficiency in having to deal with so many technologies to launch a plan/buy and track success/optimize. Mediasmith, like many newer agencies, has made a point of studying these technologies to ensure that the correct ones are deployed for campaigns. If your agency is not doing this, get a new agency. There is no question that the metamorphosis from traditional ad buying to programmatic ad buying has opened the door to a host of issues surrounding the “ad tech stack.”

One of the challenges created by these technologies is ad blocking, which will be dealt with in our following response. The other challenges are in the area we label as Trust/Quality. This includes viewability, fraud and malware. There are a host of companies with solutions in this arena, selling their services to agencies and clients. But the reality is that these issues rightfully belong on the publisher and exchange side. Some are stepping up. Just this month, Google introduced 100% viewable ads. All campaigns bought on a CPM basis can be viewed through the Google Display Network (GDN). AppNexus announced that it would provide historical placement-level viewability in bid requests (and has started filtering for fraud and invalid activity such as resale). In March, the ad industry, working as a collective, launched the Trustworthy Accountability Group (TAG), which recruited multiple CMOs from big-name companies to combat industry-wide ad fraud. These issues need to be resolved ASAP so we can trust what we are buying and move on.  The best solution would be one in which the publishers and exchanges promised to sell only “clean” inventory, without the problems mentioned above.

Drexlerbelieves ad blocking really is a problem. “Digital ad spending continues to outpace all traditional media forms,” he states in his column. “And all traditional media forms are still trying to figure out what to do about digital platforms … Ad blocking technology can literally take down the industry unless proper solutions can be found. Honestly, it’s not a legal issue, it’s a consumer issue and a business issue. Content and creativity (including native advertising, product placement, sponsorship, etc.) will obviously play an important role, but ad blocking will change the monetization and metrics of digital media.”

My Response:Ad blocking is a very dynamic issue and every week something new comes out about what may or may not happen. IMHO everyone should relax about this. Ad blocking isn’t a new thing. Desktop browsers have been using ad blocking software (at a rate of about 15%) for years as have Android devices. From Q2 of 2013 to Q2 of 2014 the numbers of ad blocker users on Chrome doubled from 44 million to 86 million. And ADI reports Google has captured the marketing share of ad blocking from Internet Explorer. Companies have been vying for that title for a while. Ad blocking is only a new thing for Apple (iOS) users. The real rub will come when consumers begin to realize that these new ad blockers don’t block ads, they block all third party content. And that ad blockers still allow advertisements through; they’re now just charging the advertiser for their content to be seen. The consumer appears to be the only one getting the short end of the stick on both accounts. What will happen when they realize this? I think you’ll see a normalization of ad blocker usage, back to the percentages they’ve always been. But either way, the recent attention is warranted. Invasive and inappropriate ads have gone too far. At a Wall St. Journal conference last month, Google ads boss Sridhar Ramaswamy spoke about this and other quality issues. He believes that it is essential to our survival that we create a more sustainable ad standard that we voluntarily define and things in that standard should not get blocked. He said this needs to happen right away and is looking to declare these standards in months. We support this approach.

What lies ahead of our industry is an exciting challenge -- and publishers, advertisers and clients are once again talking about what’s best for the consumer; what aids a user’s experience, not just what ad to place in the middle of it. I believe our industry should, and does for the most part, feel the same way. We need to work on methods to win back customer loyalty, keep a democratic World Wide Web and create better advertising technologies. Acting as a proposed bearing for future practices, the IAB has admitted they messed up and launched the L.E.A.N. Ads Program: Light, Encrypted, Ad-choice supported, Non-invasive ads. These principles are designed to guide the next phases of advertising technical standards for the global digital advertising supply chain. I hope that’s enough and that these practices will be refined until the best practices materialize and become gospel.

Next time I will talk about ad quality, talent and the rise of start-ups.

Dave Smith is an internationally recognized digital advertising and media expert, and is well-known within the marketing community as a thoughtful, provocative, and forward-looking authority. As a pioneer of new media application, media strategy, planning…