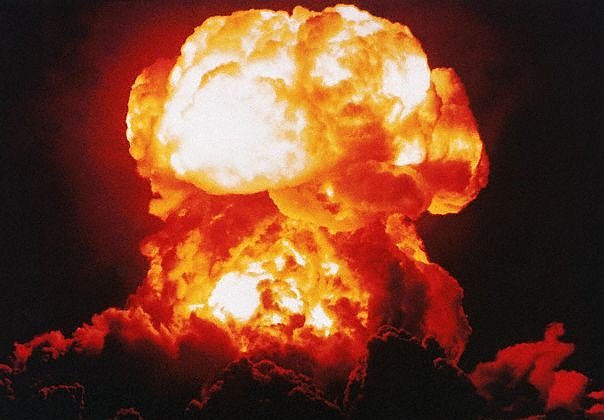 In the final installment of a four-part response to Mike Drexler’s controversial column “The Ad Industry as We Know It Is About to Blow up!” David Smith of Mediasmith addresses Drexler’s facts about Wall Street Influence and Overwhelming Data.

You can read Drexler’s original column here. The three prior installments in Smith’s series are located here.

Another point in Mike Drexler’s reasoning for why the “ad industry is on the verge of blowing up” rests with the influences from Wall Street and the fact that most big advertisers are public companies. Drexler writes: “They need to keep that stock price up. Show top line growth and good margins. Most agencies are owned by public holding companies, too. The financial pressure is on both sides. So what do you think motivates the business? In my view it’s immediate ROI. If that’s the game it’s being played on a quarterly basis. Maybe that’s ok. But it becomes a very high risk business with a lot less incentive to invest. And that can drag down even the best intentions.”

My response:Companies used to look at new programs as investments with year or two payouts. That’s how sustaining companies were built. Two of the most successful companies in history, Apple and Amazon, aren’t short sighted. They have concentrated on building businesses rather than thinking quarter to quarter. As agencies, we need to be able to pay attention to quarterly needs but also provide marketing leadership for issues and opportunities that are 24 months out.

A recent article in the Harvard Business Review titled Don’t Let Big Data Bury Your Brand reinforces the need for what we have always called Branded Response. It is a retort to the immediate ROI game that is being played by all due to pressures surrounding quarterly earnings. The playbook that comes out of this piece includes 1) strategies and tactics such as using insight to take advantage of the news, 2) making every piece of messaging do double duty (response and brand), 3) pulling brand level insights from big data, 4) using data to make the case for brand building (remember the 18-24 month payout?), 5) not doing it if you can’t defend it and 6) getting branders and analysts to cooperate. I agree with Drexler about the extent of this problem. The HBR article represents a great start in the right direction.

Lastly, Drexler believes we are drowning in overwhelming data. “That’s good as long as we know how to interpret it with the right people communicating it correctly and effectively in simple language. The advertising business, particularly media, has a lexicon all its own. And digital speak has made it almost a foreign language. Let’s get back to straightforward discussions that all participants can understand. Otherwise we subject the industry to misinterpretation, frustration and clients who don’t have the tolerance for sitting through meetings with a lack of comprehension.”

My response: Back when he was at Internet Profiles in 1996, Bob Ivins was the first to liken our growing data problem to “trying to take a drink out of a firehose.” It’s still true today. The reality is that the world is more complex. For example, many media plans used to be evaluated based on GRPs, reach and frequency. However, the complexity of media -- driven first by tech, but increasingly by the adoption rates of consumers -- produces a world where more needs to be measured. The combination of engagement, influence, sharing and many other factors is where the true picture is drawn. The media epoch of broadcast and print was straightforward! But each new layer of media -- digital+mobile+OTT+IoT+whatever is next -- has a different aspect relative to consumer involvement.

More than ever before, the true media mix professional of today has to have a much deeper understanding of how various media can complement each other. We do need better tools to absorb the data into our systems (ETL, etc.) and people with different skills in analytics and math to interpret the data. We choose to look at it as an exciting challenge, not daunting. However, we do agree that the agency practitioner today must be able to explain all of this in a way that the client can comprehend. That does not mean dumbing it down. It means opening up the channels of communication.

As far as data ownership, Mediasmith comes down on the side of client control. This gives the client the ability to utilize multiple specialty agencies that are best of breed, all drawing from the same DMP. DMPs can be limiting though, and we are visualizing a new class of data company that combines the in-house and historical data repository of a DMP with current campaign performance data.

In concluding this series, many of Drexler’s facts and my responses have reoccurring themes with interconnected solutions. This isn’t rocket science and most of the answers are centered on using common sense. Transparency: be honest with your clients. Transparency: don’t steal. Ad Blocking: don’t be annoying. Ad Blocking: be creative. Data: understand who you are. Data: understand who you aren’t.

Most importantly, clients and agencies need to start looking at one another as partners and clients need to be checking that their agencies are in fact acting as agents. Sometimes we need to take a step back and look at the big picture. That’s what we have tried to do in this four-part series.