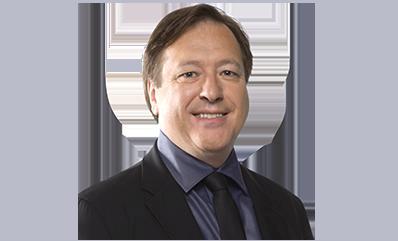 In 1965 less than 10% of all radio listening was to FM. Today, 88% of all listening is to the FM Band. FM Radio is the most successful marriage of tech and content in history. It is also a powerful cautionary tale of how useless great tech is without compelling content.

1. FM Radio was available for twenty years before it was a marketplace factor.

In 1948 FM Radios hit the stores; few people bought them. For the first 20 years, FM stations predominantly broadcast simulcasts of co-owned AM station programming. FM technical quality and superior hardware was not a closer for the general public. Prior to 1965, FM content was rarely unique and therefore there was no compelling reason to buy the hardware.

The FCC establishes rules for the elimination of simulcasts. Station owners were forced to develop separate content for the FM Stations and they responded by NOT CARING. The AM Station management never left the golf course or shrimp buffet.

Owners did the bare minimum to broadcast separate programming on their FM's. They usually did not assign separate project managers or sales teams, not at first.

Instead they allowed on-air celebrities and content creators (who are properly called STARS) to do whatever they wanted to do.

The result was radio programming unlike anything ever heard. FM listeners were treated to new shows generating new DEMAND for FM hardware. If the content had simply been a vague copy of AM formats, FM would have certainly continued to fail.

When Steve Jobs started the Macintosh project, he put the team in a separate facility and discouraged them for interacting with the APPLE II crew. The Mac creators had to think different.

At FM radio stations, the staff was usually isolated from the AM station staff. The FM people were hippies, uncontrollable, and had rejected careers at AM stations. They were the untouchables of established media. For example, at the ABC owned stations in Detroit, WXYZ AM was in a beautiful building. Co-owned WRIF FM was housed behind WXYZ in temporary trailers---for decades.

At NBC Radio stations across the country the signage said, "WMAQ Radio, WKQX FM". The corporate sofas at NBC believed that AM was "Radio" but FM was not. As a result, the old-line staffers at NBC, ABC, CBS and most media companies were actually vicious and hostile toward FM staffs. They were jerks. Thank goodness.

The result was that the FM staffs developed a unique spirit and set of resentments that served them well in creating cutting edge shows.

Allow the team that wants to grow your digital business to work far from the mainstream and antiquated rules imposed on your established business. That includes letting the digital team decide when and where they want to work. (Don't assume they want to work in a groovy open space with pinball machines. That design is now so commonplace it's the equivalent of IBM cubicles.)

FM radio stars were allowed to develop a unique style that sounded NOTHING like AM. The result was 12-24 year olds D E M A N D E D FM radio sets. Listenership grew from 10% in 1967 to 50% in 1979. By 1981 all cars came with FM radios standard. Hey, tech guy, have you ever tried to get a product on the "standard equipment" list in new cars?

Sometimes, FM station owners had the old line AM programmers "approve" the work and ideas of the FM staff. DISASTER. The AM people applied what worked on AM radio to their assessment of FM initiatives. That would be as insane as allowing a "creative" who has spent a lifetime making network TV :30's to judge the worthiness of a HITVIEWS' WebStar video.

Your new apps, websites, digital deployment initiatives should be presented to the public directly without the filter of research, focus groups or other creative death rows. Today's customers create as much media as they consume, trust them to embrace or reject new online products direct; they are the experts.

FM radio stations typically generate 50% positive cash flow on net billings. In radio, profit is expected. Nothing is started to "build out the space" or to "capture market share for the future." The only reason radio executives do anything is to earn a 50% margin. Hire radio executives and they'll show you how to do that. (i.e.: Stop the 100 emails for each project and eliminate rooftop parties.)

Today 88% of all radio listening is to FM and most 18-34 year olds have never listened to an AM Station. 92% of all homes in America own at least one FM Radio. Creative isolation breeds new profit centers. Superior hardware means nothing without superior content. Of course content is king, no one buys an aluminum box to increase his or her private stockpiles of aluminum.

Walter Sabo is the Founder and Creator of the business concept. He is an experienced leader of new organizations and is currently CEO of Hitviews. Walter can be reached at walter@hitviews.com.