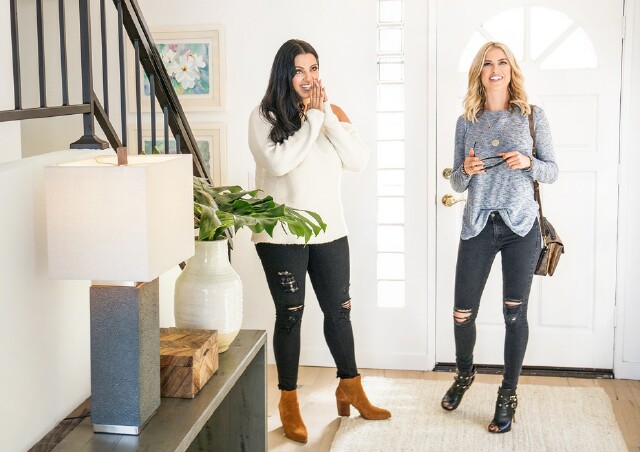 Pasadena, CA -- HGTV had good news for its ever-growing audience with the announcement at the Winter 2019 Television Critics Association tour that many of its most popular personalities will be starring in a variety of new shows.  “These four have more in common than meets the eye,” said network president Allison Page before welcoming HGTV fixtures Alison Victoria, David Bromstad, Christina Anstead (pictured above, right) and newcomer Jonathan Knight to the stage. “Yes, they are all real estate renovation and design experts, have followed their dreams and passions, have reinvented themselves and have shows on HGTV or in production for the network,” she said.  “HGTV invested in them and created new programming vehicles because they have the star power that helps the network draw more than 40 million prime time viewers each month.”

Christina Anstead (formerly El Moussa), who came to prominence via the hit series Flip or Flop alongside ex-husband Tarek El Moussa, shared with TV critics her appreciation of HGTV and their support in her recent difficult times.  “It's been a challenging couple of years for me, but when the divorce was going on and everything was happening, I didn't know where my career was gonna [go],” she said.  “I remember talking to Allison and saying, ‘I'm really excited to do something on my own.’”  Anstead, currently filming season eight of Flip or Flop, had her wish granted.  Her flair for design is always a highlight of Flip or Flop, and she will be given the opportunity to shine when Christina on the Coast debuts soon.  “I help people more on the design element," she said of the new series.  “What's really great is it also focuses on my personal life.  So you follow me getting engaged and getting married.  It's just really exciting.”

"Kitchen Crashers was an awesome opportunity,” said Alison Victoria. “It really just happened and wasn't something I went after ... the stars aligned.”  It was during the seventh season of the series Victoria (pictured below) found herself needing a career renovation, in what she described as “a Jerry Maguire moment.  Kitchen Crashers was such an awesome stepping-stone for me, but it didn't showcase who I was and what I was doing necessarily,” she added. 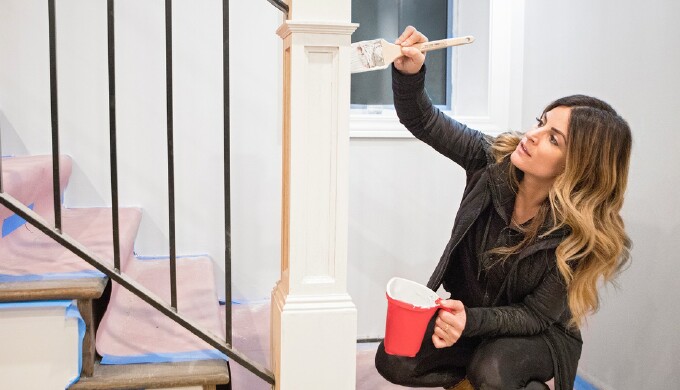 Her new show, Windy City Rehab, was devised with HGTV’s blessing.  “That's really what this network is all about; listening to you, understanding you and then trying to follow you with the cameras, versus putting you into a role, so now to be doing exactly what I've always wanted to do is insane and awesome!”  The second season of Windy City Rehab will premiere in 2020.

Following his 2006 win of HGTV's competition series Design Star, artist David Bromstad spent 11 seasons hosting Color Splash and has been seen on many other HGTV programs.  In his current show My Lottery Dream Home, Bromstad (pictured below, right) is helping lottery winners purchase that high-end home. 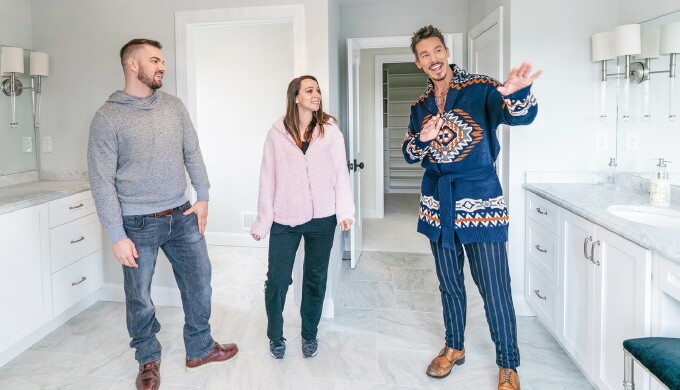 There was a fleeting moment Bromstad thought his career might have stalled. "The strict design shows kind of went away on the network for a little bit," he revealed.  "We became about real estate and renovation, and I was like, all right, I guess my career is over."  However, his HGTV moment wasn't.  "They're like, ‘Hey, we did this lottery show, helping people find houses,’ and I’m like, ‘Sure, why not?’  I couldn't be more thrilled with the show, and [that] HGTV believed in me.  They are not a place to work with; they are my family."

The network also revealed a New Kid on the Block, literally, in Jonathan Knight (pictured below).  He spent the 1980's as a member of the hugely successful boy band, and currently still tours with them.  But when the band called it quits in 1994, before reforming, the entertainer discovered a passion for building renovation and preservation. 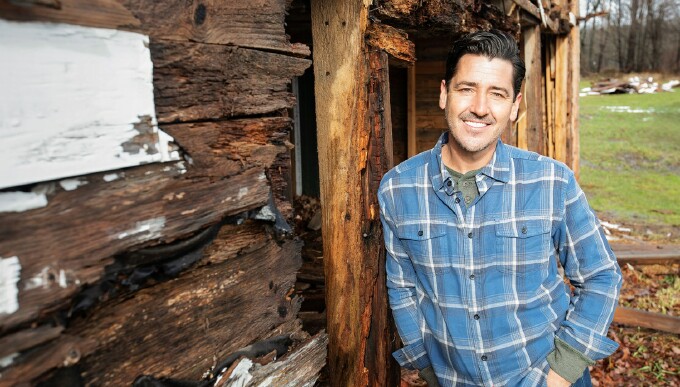 "That's kinda when I said, 'Okay, what do I do now?’  I was like, ‘I have no career, I have nothing to go back on," he revealed.  “It was only after a friend enlisted him to help flip a house that he discovered a visceral love for old barns.”  Farmhouse Fixer will highlight that passion.  "When I was 20 I moved out of the city into an old farmhouse," he added.  "I was like, ‘Peace out, I'm out!’  It's the quality of an old house and keeping that house intact.  I just love 'em.  I could go on for days about my love for houses.  I never thought I'd be asked by HGTV to do a pilot -- so thank you!"