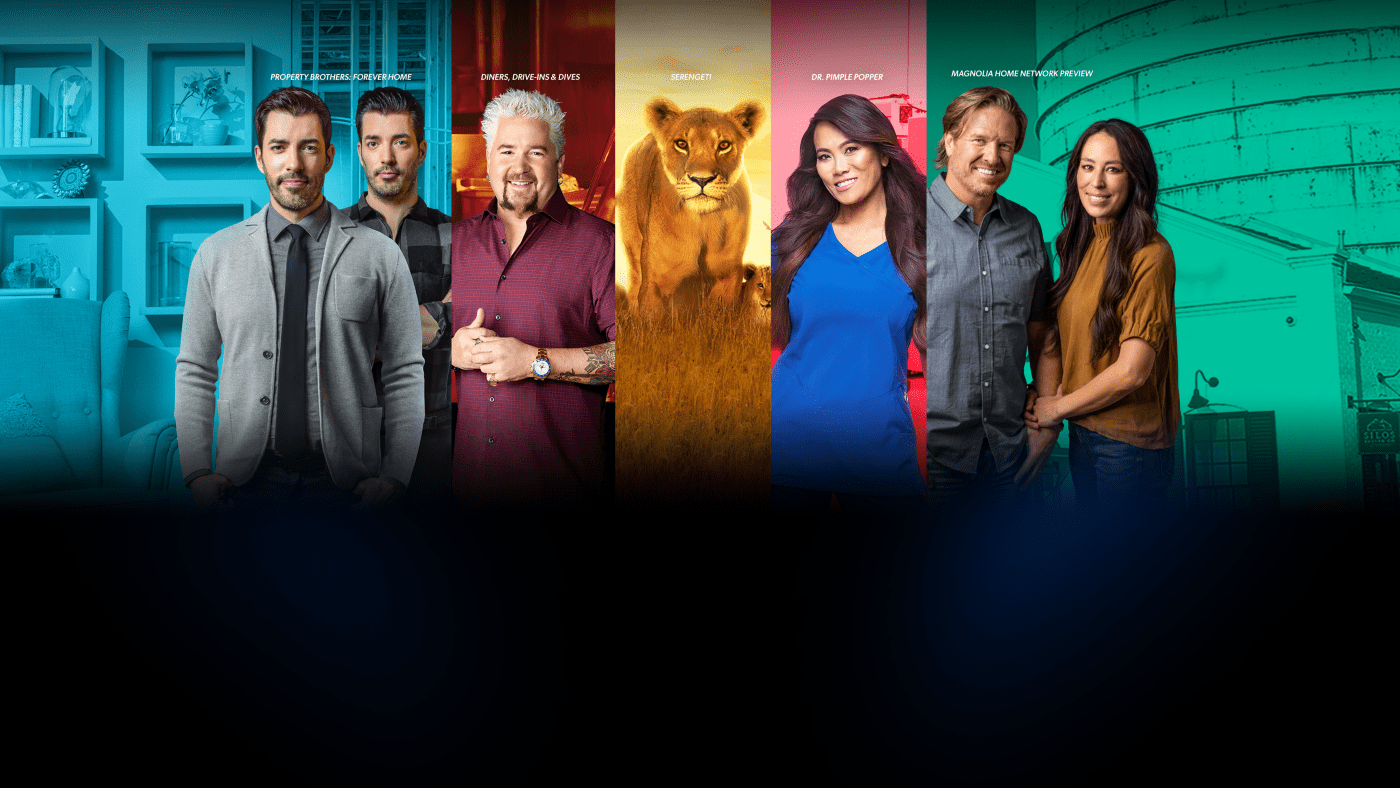 Discovery, Inc. is about to shake up the already booming streaming video market. On January 4, the company's new streaming video service, dubbed discovery+, debuts with a massive library of current and classic shows, as well as new and exclusive originals. The service will give fans – and brands – a new way to access Discovery's iconic networks and their popular non-scripted and lifestyle entertainment.

"As a content company, we're entering the streaming space with a different approach," Steinlauf explained. "No matter where you look in real-life entertainment, unscripted or lifestyle genres, that's where we show up, and that's where we're going to make our point of differentiation."

The service will launch in 25 countries with almost 60,000 episodes from more than 2,500 shows from Discovery's portfolio of lifestyle brands, including Discovery Channel, TLC, Animal Planet, HGTV, Food Network and more.

To further entice subscribers, it will feature exclusive, original programming not available on Discovery's linear networks or the Discovery GO TV everywhere apps. Also, thanks to a partnership with A+E Networks, additional non-scripted content from A&E, History Channel and Lifetime series will be included. Altogether, the deep lineup of content is significantly more robust than other streaming services and sets discovery+ apart, Steinlauf noted.

Discovery+ will be available on two tiers: an ad-supported plan with a light commercial load for $4.99 per month or ad-free for $6.99 per month. The ad-supported tier will run about five minutes of commercials per hour with a countdown clock, a significantly lighter ad load than most linear TV networks. Verizon customers with select plans will receive up to a year of discovery+ on their qualifying devices.

Discovery is entering the streaming space at an inflection point. According to Nielsen, 19 percent of all TV viewing is now on streaming platforms, and 47% of consumers between ages 18-34 are already using three or more services.

Where cable services used to be the norm, the growing numbers of "cord cutters," or former pay TV customers, are cancelling their service in favor of select streaming plans. This year, eMarketer.com estimates that six million U.S. households will cut out their pay TV plans, bringing the number of cord cutters to 31.2 million households. By 2024, that figure is expected to hit 46.6 million households.

Advertisers are turning to streaming to find these missing viewers. For brands, discovery+ is a way to reach Discovery's loyal, female-skewing audience on a new platform. Steinlauf said he expects the streaming audience will lean female and skew younger than its linear audiences. "Besides being great brands, what Discovery is more than anything else is a female powerhouse," he said.

The launch comes at a good time for Discovery. While its networks have always been among cable's top performers, since last spring they've provided comfort food for viewers, particularly TLC, HGTV and Food Network, and a brand-safe haven for advertisers across categories, including home, food, pet, auto, retail and e-commerce.

Now, on discovery+, viewers can watch every episode of fan favorites like Home Town, Diners, Drive-Ins and Dives or Deadliest Catch and explore thousands of series they've never watched. Thanks to the platform's algorithms, users will receive suggestions for other series they might like, which can boost sampling and binge watching, Steinlauf noted. "We have long-running, iconic shows with deep libraries," he said. "Viewers are going to find passion points with content that might be 10 or 15 years old. Streaming creates so many opportunities for people to discover our content."

Discovery can offer its full catalogue because it owns the copyrights, distribution and IP to all of its content. Very little Discovery fare has gone into syndication, meaning viewers can only find their favorites on Discovery-owned platforms.

Discovery+ will debut with five launch sponsors: Pepsi Co, Toyota, Kraft Heinz, Lowe's and Boston Beer. Additionally, another 20 to 30 advertisers purchased inventory during the Upfront. These advertisers are attracted to the lighter commercial load and the opportunity to associate with Discovery's marquee brands on a new platform, Steinlauf said.

To help them connect with engaged consumers, discovery+ is pioneering several new ad technologies. One such capability is contextual search, where anytime a keyword is mentioned in an episode, discovery+ can serve up relevant ads to that viewer. So, if Jonathan or Drew Scott of HGTV's wildly popular renovation show Property Brothers say "bedroom furniture" or "mattress," Discovery's ad tech kicks into gear and can insert ad spots from a mattress retailer or a furniture store.

Another solution utilizes voice technology to deepen brand engagement. For example, if a viewer sees an ad or graphic for a brand and wants more information, they can ask their voice remote to access promotions, bonus content or links to commerce. Where shows and brands align, Discovery could also create virtual shopping bags.

And there's more. To take advantage of binge watching, discovery+ will let marketers "take over" episodes as a presenting sponsor. Here's how it works: If a consumer watches three episodes of a show within a certain time frame, Discovery will deliver a fourth episode commercial free with messaging from a presenting sponsor.

By combining Discovery's streaming service, linear networks and the mobile app, Steinlauf said marketers can maximize their ad spend and cover all their bases. "The thing that advertisers talk to us about the most is needing unique reach," he said.

"All three [of our services] have different ad loads and viewership, but when you combine all three, you extend your reach."

Plus, Steinlauf added: "We have this colossus of media brands that are clear, clean verticals without any real natural predator."