Discovery Muscles Into Upfront Week (In More Ways Than One) 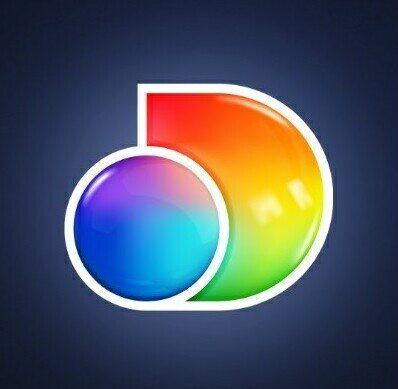 Just after co-orchestrating one of the year’s true blockbuster media transactions -- the merger with AT&T-owned WarnerMedia -- Discovery, Inc. opened the second day of Upfront week Tuesday morning. It concluded approximately 24 hours before WarnerMedia's event began on Wednesday. "Today we stand shoulder to shoulder with the broadcast networks," declared Chief U.S. Advertising Sales Officer Jon Steinlauf, noting that it was Discovery's "first time ever" presenting during "broadcast week." He was speaking from the company’s brand new, just-opened headquarters in Manhattan’s Flatiron district.

The Big Message: Don’t look for Discovery to slam the breaks on producing original unscripted material for its linear cable channels or mega-content service discovery+ between now and mid-2022, when its marriage with WarnerMedia is expected to begin. In fact, the company will double down on content generation and advertising opportunities for both linear and discovery+ carriage.

Host: Steinlauf, supported by several of Discovery's senior advertising and programming executives. Chief executive officer David Zaslav bookended the presentation, taping special opening remarks on late notice to highlight the WarnerMedia merger, and wrapping things up from the Flatiron HQ’s scenic rooftop. Everyone came across genuinely engaged and excited about the programming lineup ahead.

What Worked: Well-structured sequences that detailed the variety of Discovery’s linear channels and discovery+ content along the way. In some cases, most of the talking was done by on-camera talent, including Chip and Joanna Gaines setting the table, if you will, for the early 2022 (and long-awaited) linear launch of Magnolia Network, which will replace DIY Network. Ultimately, the sequences effectively illustrated the point that discovery+ compliments rather than cannibalizes the linear services. And, the opening remarks by Oprah Winfrey, primarily on behalf of OWN, resonated throughout.

What Also Worked: The easy-to-follow format of the presentation, with all the advertising information wrapped in one segment and the majority of new programming announcements separated into three portions -- lifestyle, non-fiction adventure and discovery+.

What Didn’t Work: A surprisingly brief overview of Investigation Discovery (ID), with no mention of upcoming new series. That was surprising, given ID’s status as one of Discovery’s most popular channels and its new branding as true-crime “entertainment with a purpose.”

Data Points: Discovery’s assortment of services reaches 70 percent of all African American households, 64 percent of all Hispanic households and 62 percent of all gay/lesbian/transgender adults. The median audience of discovery+ viewers is 15 years younger than the company’s linear networks, and they watch three hours of its programming per day.

News: More than 1,000 hours of new content will premiere on discovery+ between now and the end of 2021. Documentary specials will debut on a regular basis -- at least one per month -- starting mid-June. One upcoming highlight is No Responders Left Behind, the account of Jon Stewart’s crusade to increase benefits for 9/11 emergency workers. New series ahead include Celebrity IOU Joyride, The House My Wedding Bought and semi-scripted The Haunted Museum.

One of the most ambitious series in Discovery Channel’s history will be Who Wants to Be an Astronaut? a competition where the winner will go on a trip to the International Space Station. Also on Discovery’s deck: The Jungle (featuring the animals of India), On The Roam (actor Jason Momoa journeys across the U.S. to find unique craft masters) and Shark Academy, the first-ever original series made for the network’s iconic Shark Week summer festival.

TLC’s slate of new 2021-22 series includes So Freakin Cheap; You, Me and My Ex, and the latest 90-Day Fiancé offshoot Caribbean Love. Food Network’s rookie program roster includes The Globe, in which chefs test their international cuisine skills without knowing beforehand what cuisine they will prepare and the unique ingredients they must use.

Magnolia Network’s opening lineup of original series includes Homegrown, Mind for Design, Ranch to Table and At Home with Johnnyswim. Later in the presentation, Discovery suggested that an interactive Magnolia service for smart TV sets and devices, similar in nature to Food Network Kitchen, will take off next year.

In other news, advertisers can start to develop campaigns on discovery+ incorporating a number of interactive features, such as pause and binge messages.

Parting Words: “Thank you for joining us on day one of Discovery’s new adventure. Now we get to work our next chapter together.” -- Discovery CEO David Zaslav, discussing the WarnerMedia merger.

“At Discovery, you get to see yourself … the reality of our collective human experience. It touches you at your core.” -- Oprah Winfrey