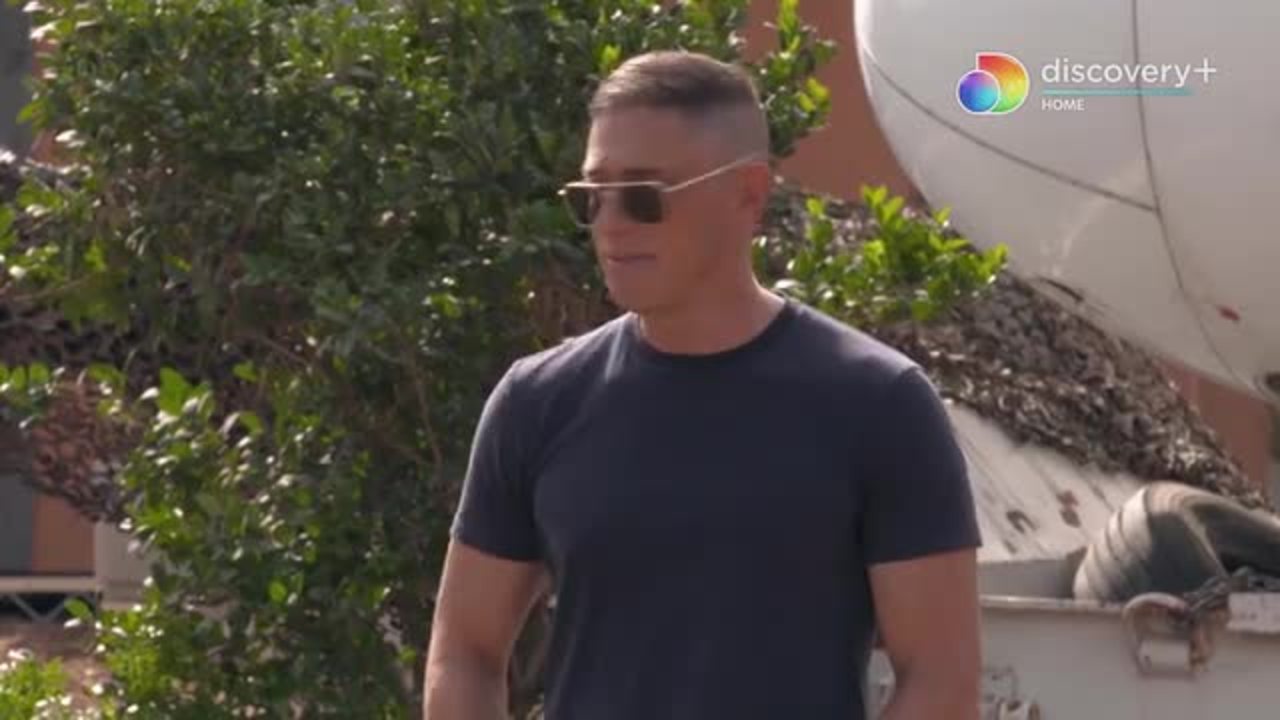 The last time Jonathan Adler, Lauren Makk and Allison Holker Boss were together was towards the end of 2020 when filming on the new discovery+ series Design Star: Next Gen (watch the trailer above) was just wrapping up. So, you can forgive them for turning an interview into a bit of a reunion and a total lovefest.

Adler and Makk serve as judges for the new take on HGTV's classic Design Star, with Holker Boss as host. The format is still roughly similar: Eight interior designers compete for a $50,000 cash prize and their own design show. But there was a huge twist this year: Filming took place from October 21 through November 21, 2020, smack dab in the middle of the pandemic.

"In past seasons, designers are going out all over the place -- an office building, or a home," said Holker Boss. In the midst of COVID-19, though, that simply wasn't an option.

The solution? "They built this enormous structure, this campus, really, where the designers had their own space," Holker Boss explained. With one set, and everyone staying at one resort, the atmosphere was a bit summer camp-y, with close bonds forming between the judges and host.

The lovely trio hopped on a Zoom call with me to gush not just about each other, but the incredible level of talent in this premiere Next Gen season.

Oriana Schwindt: So, hold on -- you shot this whole season during the pandemic?

Jonathan Adler: We were quarantined in heaven! The production team and HGTV were super pro about it. They were vigilant, but somehow made it delightful at the same time.

Lauren Makk: It's true! There were three judges, eight contestants, and a camera crew -- a small village of people, and we didn't have an outbreak. There were no incidents at all. Everyone there had the same spirit of making sure we were safe and happy.

Allison Holker Boss: They were so careful, and they made sure everyone felt comfortable.

Schwindt: You must've gotten to know each other pretty well!

Makk: We all developed such an incredible friendship. It wasn't just on set; we became each other's nuclear families. My husband and Allison's husband became such good friends, they still text and share food stories. We all sent Christmas cards.

Adler: We kind of didn't even believe it as it was happening. Right now, with eight inches of snow on the ground here in New York, I still don't believe it happened.

Makk: It did! It really did, girl!

Schwindt: What brought each of you to the show?

Adler: When HGTV calls, you listen. I've spent so many hours of my life watching that channel that I thought it was time to, you know, let them return the favor and get to watch me.

Makk: It's always been an incredible dream of mine -- HGTV is the reason I became an interior designer. Being an interior designer was something I didn't even realize was a career, as a little girl growing up in Oklahoma, so when the network reached out to me, it was a no-brainer.

Holker Boss: I'm mostly known in the entertainment world as a choreographer and a dancer. But I have such a passion and love for building and design; I've been doing it for years. So, when HGTV called, it was like I was manifesting this for years and it finally happened!

Schwindt: This is a pretty good time to be uplifting new voices in interior design, with so many people trying to redesign their own spaces.

Holker Boss: Everyone says they love being home, but we usually spend so much time outside it. Being in your space so much of the time this year has made so many of us realize how important it is to make your space feel yours, putting your unique twist on it and making sure it feels creative, warm and inviting.

Adler: Even I was picking up ideas from these designers! It's been crazy to see how obsessed people have become with their home. It's the perfect moment to expose the talents of this next generation of designers.

Makk: This season has been so interesting because the designers were basically given the same square footage to reimagine over and over and over, which is what we're all going through as a collective, right? How to react in our own 600 square feet!

Schwindt: There's quite a bit of diversity in this group, too.

Makk: We have our first drag queen! Tony [Allgeier], he's Alora Chateaux. But really, this next generation truly taps into the current climate of what America is going through. I'm so grateful for our production company and HGTV celebrating diversity in this show. They're young, Black, white, drag queen …

Adler: And there will be caftans. But really, we had people like Chris [Goddard], from Arkansas, who is a genius. The geographic diversity is really something.

Makk: You have people from places that have traditionally been mute on design, but they have this incredible ability to resonate.

Holker Boss: Exactly. And they have such incredible personalities, they're so different from each other, but you see them work so well together.

Schwindt: What were some of your favorite challenges?

Holker Boss: There were so many amazing ones. I'll never forget, though, the one where they brought in an airplane, and a caboose, and a bus …

Holker Boss: It was so impressive.

Adler: The airplane was pretty wild. But for me, there was an indoor-outdoor garden challenge that really resonated with me, because I'm always trying to live an indoor-outdoor lifestyle and it was fascinating seeing how the kids interpreted the challenge differently.

Makk: For me it was the first one, the Ugly Room Makeover. It's a real testimony to see what kind of designer you are when you take an ugly space and have to still utilize some of the existing elements. "How can you make this ugly stuff look good?" is pretty much any interior designer's job! Y'know, "How do we make your bad taste tasteful?"

Schwindt: Reality TV has changed quite a bit over the last couple years. People seem to want shows that are a little softer.

Holker Boss: That was something that made this season really special. The contestants are of course very competitive, but they were all cheering each other, and they all wanted each other to succeed.

Adler: I think that as reality TV has gotten more mature, this was an opportunity for people to step back and breathe and take it to the next level. My husband Simon [Doonan] is on the NBC show Make It, and it was a similar thing, where everyone just likes each other.

Adler: We're the judges who care.

Schwindt: Did that make for some difficult decisions?

Makk: Jonathan and I lost a lot of sleep! The designers all have such incredible personalities. I have to say, it was a daunting task. I can't stress enough how much of a challenge, a weight, a reward, we felt when judging.

Adler: I still keep wondering, like, "Did we make the right call?"

Makk: Some of the earlier eliminations, there are some technical details that are why people are not progressing to the next stage. But as you get closer to the end, it becomes a moral dilemma.

Adler: Like I said, we're the judges who care.

Makk: Maybe we should make sweatshirts that say, "Judges Who Care"?

Design Star: Next Gen premieres on discovery+ on Wednesday, February 24.