Disinformation Deconstructs Democracy: Is the News Up to Covering the Story?

By Kent M. Harrington February 08, 2021 In the National Interest Archives 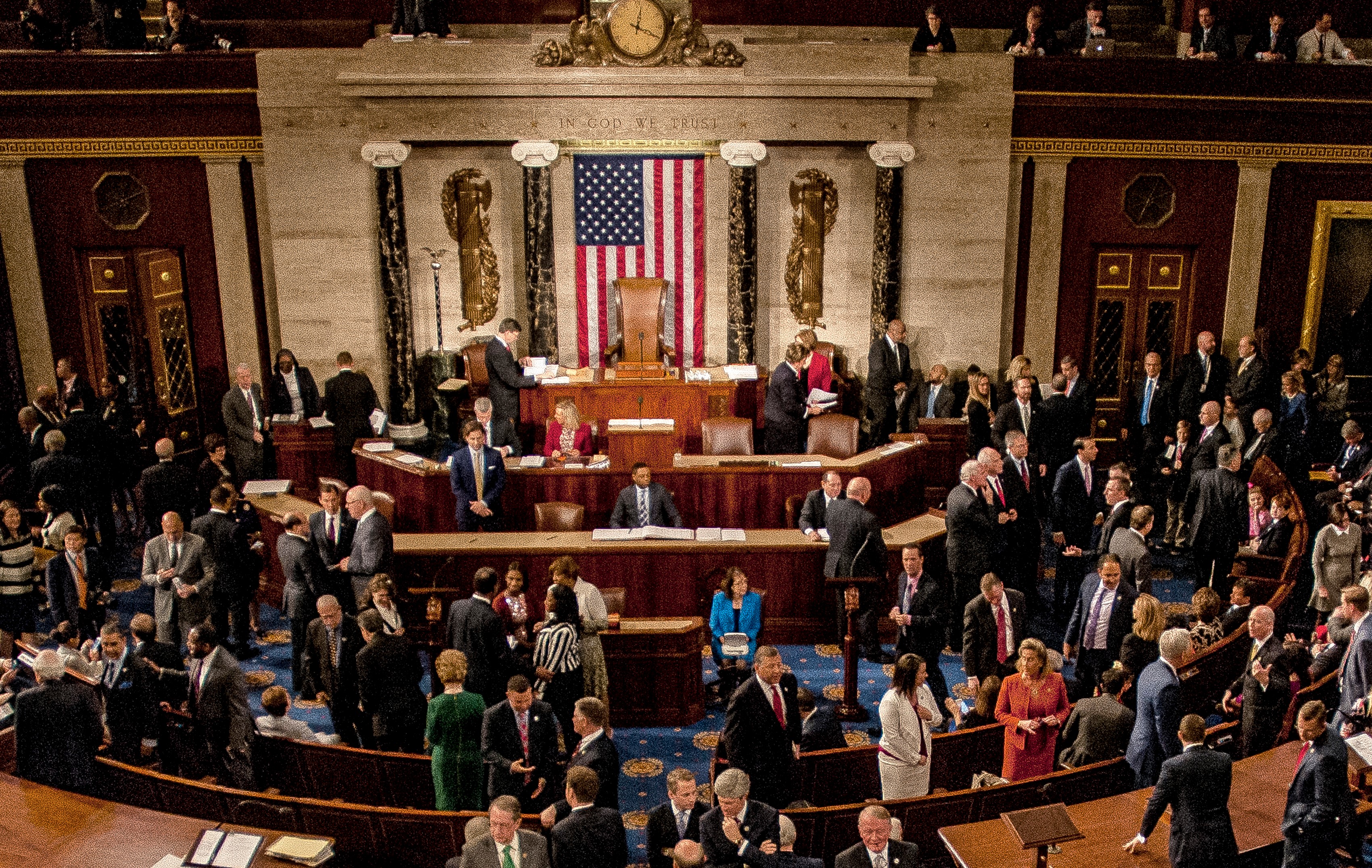 Iris Westman passed away last month in Northwood, North Dakota, where she lived, among other places, for 115 years. Blessed with a century of memories, there was nothing virtual about reality for the late teacher and librarian. Westman didn't use social media or even watch much television. Reflecting on her long life a few years ago, she explained, "I can be quite content sitting here, looking out the window and not seeing anything."

Coincidentally, the Republican senators who are jurors in Donald Trump's second impeachment trial this week are preparing to say the same thing. Unlike the late Ms. Westman who was contemplating a life well lived, their case reflects willful blindness. It's not a surprise. Since November, the vast majority have mouthed versions of Trump's stolen election mantra, ignoring the validated votes in all 50 states as well as his failed legal challenges in nearly as many courts.

Whether cowed, craven, or just political cowards, the Republicans' submissiveness nonetheless is remarkable. After all, they were witnesses on January 6th when the mob stormed the Capitol in order to overturn an election at Trump's behest. So were the journalists who courageously reported the first attempted coup d'état incited by, of all people, a President of the United States. The question is: Will the media cover the growing threat to democracy that Trump's big lie and its enablers' support represent after his impeachment trial is no longer news?

When it comes to Trump, only the naïve would expect any post-impeachment pause in his prevarication. His personal pathologies have been a lifetime in the making. As for the Republican senators who are waiting to acquit him, their slavish obedience is simply running true-to-form over their last four years. With a herd immunity to facts and fearful that Trump's faithful could oust them, they conjure their rubber stamp counterparts in Moscow's Supreme Soviet back in the day.

To be sure, Republicans in Congress have their personal reasons. From coast to coast, state parties are rebelling in outrage against transgressors, censuring governors as well as legislators for disloyalty to Trump and his fantastical election fraud claims. In Washington, meanwhile, the Republican House caucus last week circled cult-like to protect Marjorie Taylor Green, the Georgia freshman and Trump acolyte whose lunatic theories, antisemitic tropes and support for sick conspiracies give her pride of place among the party's rightwing.

The news, of course, covered it all in straight reporting and endless commentary, although ink and airtime notwithstanding, it still missed the point. Trump's big lie, Taylor Green's delusions and the GOP's ignominy are symptoms, not the cause, of the country's divisions and disorder. The Republican spiral into lies and extremism reflects a bigger problem: The rightwing media's parallel universe that is undermining democracy itself. The news needs to do better. An analysis that diagnosed how by a trio of researchers at MIT three years ago points the way.

Network Propaganda -- Manipulation, Disinformation and Radicalization in American Politics, by Yochai Benkler, Robert Faris and Hal Roberts, is heavy enough with data to qualify as a doorstop. In fact, the evidence alone makes their point. The trio argues that the conservative media bears no resemblance to media outlets comprising the center and left wing of the news spectrum. Their data presents the crucial distinction: the right wing media ecosystem purveys falsehoods without even a fig leaf of effort to find the facts.

Benkler, Faris and Roberts reached their conclusion after analyzing two million stories published during the 2016 election campaign, and another 1.9 million during Trump's first year in office. Surprisingly for some perhaps, the results didn't finger Facebook, the Russians, or polarization for the country's disinformation deluge or its political divisions. Rather, the three conclude, "the right wing media ecosystem differs categorically from the rest of the media environment," including greater susceptibility to "disinformation, lies and half-truths."

Journalists and their standards figure prominently in explaining why. Reporting elsewhere on the media's spectrum involves fact-checking and investigation. Network Propaganda illuminates the right wing's faux journalism that peddles falsehoods without a second thought. It is "the insularity of right wing media and audiences from the corrective function of professional journalism" that makes "that media ecosystem more susceptible to political clickbait fabricators, Russian propaganda and extremist hyper-partisan bullshit …"

Network Propaganda couldn't be more relevant to explaining why 75 percent of Republicans still believe Trump's stolen election lie. In mapping the express lanes that carry lies from the web's extremist cesspools such as Infowars to so-called news networks like Fox, the book also highlights the difficulty ahead in putting their audiences back on the road to facts. Standard journalism -- from "he said, she said" tropes that demonstrate "balance" to chasing scoops that serve to sensationalize right wing lies -- won't do the trick.

Benkler, Faris and Roberts warn that dealing with disinformation won't be easy, calling among other things for the news media to make right wing outlets "institutionally accountable." Despite their caution, it may well be a more powerful idea than they think. Advertising revenue may not be Fox's Achilles Heel, but from Tucker Carlson to Sean Hannity, companies have ditched mendacious commentators when their lies were exposed. This month a $2.7 billion defamation suit against Fox from voting system manufacturer Smartmatic over bogus election fraud claims prompted the network to cancel star Trump sycophant Lou Dobbs in a day.

Whatever lawsuits may reap in reigning in right wing media, the time is long overdue for journalism to police its impostors. The issue is how. Reporting on fabrications and falsehoods is one thing, investigating the sources -- their funding, political ties, pattern of cooperation and purposes -- another. From national to local levels and across media platforms, an investigative network that digs into disinformation and shares the results can be a powerful tool. Indeed, as Trump's trial unfolds, just consider what the network that peddles lies and deceit has produced.

Asked recently about the last four years, Aaron Sorkin, the writer of The West Wing, the seven-season smash and television's most popular political drama ever, put it this way: "I never imagined grown men and women just lying to people the way they did. And I never imagined the tens of millions of Americans being as gullible as they are."

A few months from now, Trump's historic second impeachment and its aftermath will be yesterday's news. The spotlight will move on. His big lie, its enablers and their audience won't. The consequences and the stories that need to be written about them are only beginning. The question is, will the news media be willing to get to work?