Disinformation: It's Time to Feature All the News that Isn't Fit to Print 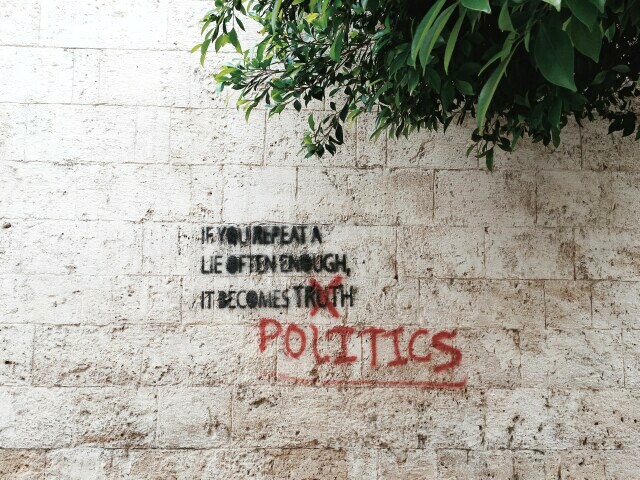 The headlines were striking, the content plausible, and the breaking news a scoop that couldn't be beat. Official Russian documents provided two weeks ago to Britain's Guardian newspaper reportedly revealed Vladimir Putin chaired a Kremlin meeting in 2016 that ordered his political warriors to put Donald Trump in the White House. Time may or may not tell whether the leaked memoranda are real, although their veracity isn't really the issue. The plausible story is only the latest to break atop the sea of disinformation inundating the news media. Unfortunately, few if any news organizations are giving the rising tide the attention it deserves.

Let's stipulate that most journalists are doing what they can daily to finger disinformation. Long gone is the editorial pussyfooting about whether to call a lie a lie and the "he said, she said" tap dance that too often once accompanied reporting on obvious whoppers. From Donald Trump's bogus stolen election claim to the Republican sycophants pledging allegiance to his Big Lie, most reporters these days are labeling prevarications as what they are. The same goes for their coverage of loony-tunes conspiracists such as Marjorie Taylor Greene and Matt Gaetz, anti-vaxxers' nonsensical COVID claims, and the far-right extremists whose emissions, as the aftermath of January 6th testifies, echo inside the GOP's increasingly bizarre big tent.

That said, reporting that nails the culprits and their caca on the nightly news or in newspaper morning editions is still missing the much bigger story. Whether manufactured in Mar-A-Lago or Moscow, disinformation campaigns are a growing political malignancy undermining the news media as well as public confidence in democracy and its institutions. When it comes to the foreign origins of the metastasis, the intelligence community as well as bipartisan congressional investigations have described the details well: Moscow not only tried to help Trump in 2016; Russia and others continue to target multiple bullseyes with political warfare salvos. Major media organizations need to pull together in order to take the continuing attacks head-on.

From roiling race, religious and social divisions to purveying Trump's Big Lie, the offensive also is just beginning. Let's face it: Americans present a target-rich tableau. A May survey by the Public Religion Research Institute revealed nearly a quarter of all Republicans believe the 2016 election was stolen; the same share believe a ring of pedophiles run the country via QAnon's mythical Deep State. It's not just Republicans. According to a June poll by Monmouth University, one third of all Americans believe fraud gave Joe Biden his win. Just ask GOP strategists who are going after the gullible; 30 percent of the 700 Republicans who have filed in 2022 House and Senate elections have made Trump's Big Lie their campaign plank.

Politics, of course, aren't the only national vulnerability. The Russians are exploiting the pandemic to lethal effect. According to the State Department's Global Engagement Center, which monitors foreign disinformation, social media sites run by Russian news outlets tied to Moscow's intelligence services are posting falsehoods to discredit Pfizer and other vaccines. Official Russian Twitter accounts are pushing similar themes. Mimicked word for word on American social media, the distortions are reinforcing vaccination hesitancy in GOP-dominated states, where Trump's Big Lie has fueled anti-government, including anti-vaccine sentiment. As Republican governors in Alabama, Arkansas, West Virginia and Utah are belatedly recognizing, the impact is damaging vaccination efforts against COVID as its Delta variant infections spike.

The scope of disinformation attacks shouldn't be underestimated. A recent report by the Network Contagion Research Institute, a nonprofit that studies disinformation on social media, makes the point. NCRI analyzed four million social media posts since January 2020 that targeted Pfizer, Moderna and Johnson and Johnson by name; Russian disinformation sources active in the 2016 presidential campaign produced more than 12 percent of the attacks on the companies' vaccines. Among some eight million tweets also analyzed from the same period, the Institute found a huge volume that linked Pfizer with conspiracy theories, such as the tale that 5G technology is spreading COVID-19.

An Oxford University study released this year underscores the expanding disinformation threat. Researchers found campaigns in 81 countries that used social media to spread "computational propaganda and disinformation about politics" in 2020. That's up from 70 in 2019. Companies are in the crosshairs as well. NCRI doesn't mince words. The Institute expects growing disinformation attacks on brands and products, "accelerated by artificial intelligence, deep fakes, progress in psychological profiling, advances in both the power and masking of influence operations, the burgeoning ecosystem of competing suppliers and the combination of technology and financial resources of sovereign nations."

NCRI's analysis is admonishing corporate leaders to prepare their defenses. Journalists need to do much more. Leading the daily news with a story on the latest disinformation attack simply isn't enough. To be sure, reporting needs to present the facts, but without in-depth coverage, audiences are left with little understanding of the threat. The model to fix the problem: consider how the news deals with the pandemic. From interactive maps displaying infections to real time information on vaccination rates and sites, interactive data bases, search tools and links to in-depth studies in print and on-line are proving invaluable. The same tools are available to track disinformation, as is the experience of putting them in audiences' hands.

Reporting on disinformation also needs to reflect more than the usual competitive media hustle. Russian, Chinese, Iranian and other political warfare presents a shared danger for news organizations as well as the country. Collaboration among the major networks, print and web-based news outlets to create shared data bases, interactive tools and links to research findings shouldn't tax creative minds. Add the potential for a public-private partnership with the State Department, a consortium of journalism schools where students could provide research and analysis, and cooperation with think tanks like NCRI and university projects focused on disinformation. The options as well as the need speak for themselves.

And the price tag? Let's consider the cost to the country in the coming year when the 2022 midterm elections bring the next disinformation flood. Current projections suggest that spending on political ads will hit $9 billion in the 2022 midterm races, about double the amount spent in 2018. Local stations as well as national networks and social media giants doubtless are already counting the bounty. One percent of that projected haul is $90 million. For the companies comprising a media market that topped $700 billion in 2020, is that commitment to combat disinformation as well as inform their audiences too much to ask?