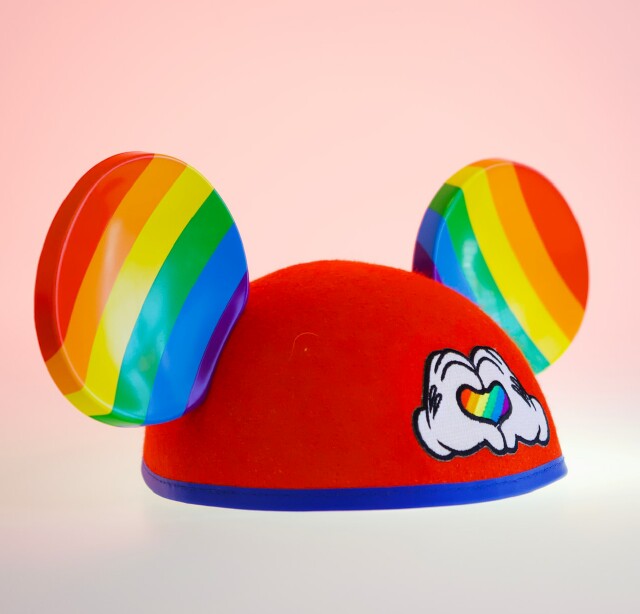 Though Florida's Walt Disney World has been a destination for millions each year, some only trek to the Mouse House during Gay Days, a set of days in which Disney embraces its LGBT+ fans. Since 1991, hundreds of thousands have come to enjoy the six-day experience that looks like the magic of Disney paired with the safety and welcomeness of the LGBT+ rainbow flag. This has also led many LGBT+ people to seek employment at Disney, feeling that any company that is so clearly inclusive to its guests is somewhere great and safe to work.

However, in recent weeks Florida's "Don't Say Gay" bill led journalists to reveal that Disney was not so inclusive after all -- and some are wondering if this is just the company's attempt to garner favor and business from the conservatives of the world.

The bill, prohibiting educators from mentioning numerous topics related to inclusion, has garnered significant media attention. It's ability to erase LGBT+ people (including students and their families) from being part of the classroom conversation has been denounced by many as both cruel and outright harmful to all children as well as setting schools up to lose critical funding via lawsuits by conservative parents. The discussion of this bill was expected. What was surprising was the discovery that Disney had donated significant amounts of money to numerous politicians who supported this homophobic and transphobic bill.

What is happening now?

As the news broke that Disney had contributed financially to this bill, the ripple effect was intense and immediate. Marvel (owned by Disney) released a statement: "We strongly denounce any and ALL legislation that infringes on the basic human rights of the LGBTQIA+ community. Marvel Studios stands for hope, inclusivity and strength; and we proudly stand with the community. Today, we pledge to continue our strong commitment as allies who promote the values of equality, acceptance and respect."

Disney CEO Bob Chapek seems to be changing his tune. He said that the company stands with its LGBT+ employees, expressing that support through "the inspiring content" the company creates. After an open letter from LGBT+ Pixar staff and their allies alleged that Disney had actively scrubbed "overtly gay affection" and queer representation from their movies, Chapek e-mailed employees that Disney would stop making political donations in Florida. Many believe this is more about public relations than about a true change of heart.

Meanwhile, Disney employees continue to organize walk-outs. Some are determined to regularly hold some form of consistent protest until Disney fires Chapek and funds campaigns to support LGBT+ people in Florida. "We must make sure we have large enough numbers to be successful," the organizers said. They added that they appreciate Chapek's apology, but there is "still more work to be done" and suggested steps that Disney can take to "regain the trust of the LGBTQIA+ community and employees." Statements by Disney leadership over the Florida legislation "have utterly failed to match the magnitude of the threat to LGBTQIA+ safety represented by this legislation," the group declared.

Disney fans have also been quite vocal, with numerous websites and social media groups discussing their sadness at finding out that "the Happiest Place on Earth" turned its profits into the promotion of anti-LGBT+ propaganda and hateful laws that harm children.

We don't know what will happen next. Many believe that Chapek's apology and the ending of political donations is only going to last until the PR nightmare ends and people stop watching the donation logs. Some Disney fans have sworn not to return to the parks or purchase merchandise as they feel persecuted by an organization that has created so many moments of joy throughout their lives.

What we know for sure is that this is another time in which a company seems to have painted the world in rainbow colors when they sought profits and painted right over those colors behind the scenes. LGBT+ people are not pawns, nor wallets. They are people. Millions of people worldwide. When bills are created and politicians endorsed that treat any group of people as lesser, everyone is at risk. In this case, Disney not only contributed to the direct harm and erasure of inclusion of many of Florida's families and children, it undermined its entire legacy as being a company that gave so many their happiest memories as so many now struggle to reconcile their favorite characters with the hate and harm the company has perpetuated.

Ironically, Disney itself once taught us just how wrong this is. Millions enjoyed the 1991 animated movie Beauty and the Beast with its delightful story about Belle, a well-read young woman who has no interest in engaging with Gaston, the ignorant brute whose self-interest and greed shows the audience that it isn't the Beast who should be feared and must be stopped, but the one who prioritizes himself over all else.

Will Disney become educated and choose love -- or will the company continue to act selfishly by treating LGBT+ people like lesser individuals? Millions will continue to watch.