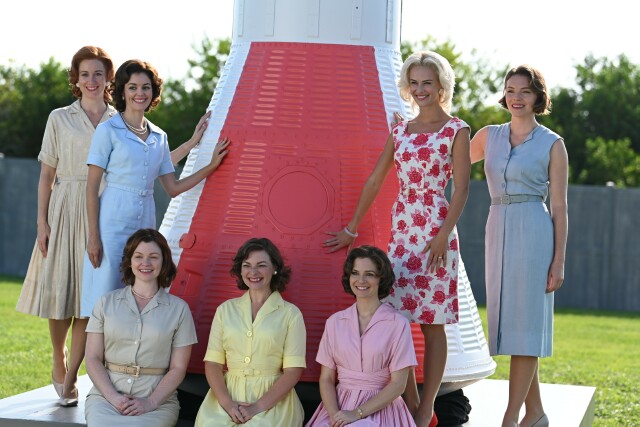 After relishing Tom Wolfe’s masterpiece, The Right Stuff, and cheering when the 1983 film won four Oscars, most people likely think they know the story of the Space Race. What could be left to say about the Mercury Seven, the first Americans to blast into the great beyond?

Plenty. In National Geographic’s new drama series, The Right Stuff, available on Disney+ beginning October 9, we learn who the astronauts were ... and we learn about the women who kept them bound to Earth. In what the producers hope is the first season of an ongoing series, viewers come to know the wives, especially Annie Glenn, Trudy Cooper and Louise Shepard.

“These men would not be who they were without the women,” said Jennifer Davisson, executive producer and president of production, Appian Way Productions. (Appian Way, founded by Leonardo DiCaprio, and Warner Horizon Scripted Television produced the series.) “That sounds antiquated, but I don’t mean it that way. They truly challenged these men. One of the things we talked about a lot in beginning stages is you had America at the time.” Indeed, America at the time had husbands set the pace and wives follow.

A human has not yet been created with more sheer swagger than a fighter pilot turned astronaut. For a woman to partner with that sort of man, she, too, must be made of the right stuff.

Eloise Mumford (Fifty Shades of Grey) portrays Trudy Cooper as a study in feminism, albeit one shrouded in the realization that her dreams would forever be dashed. A fearless pilot, she has left her husband, Gordon “Gordo” Cooper, when the series opens because of his infidelities. But “Gordo” wouldn’t be accepted into the nascent NASA program unless he was happily wed, so Trudy relents and gives the marriage another try. 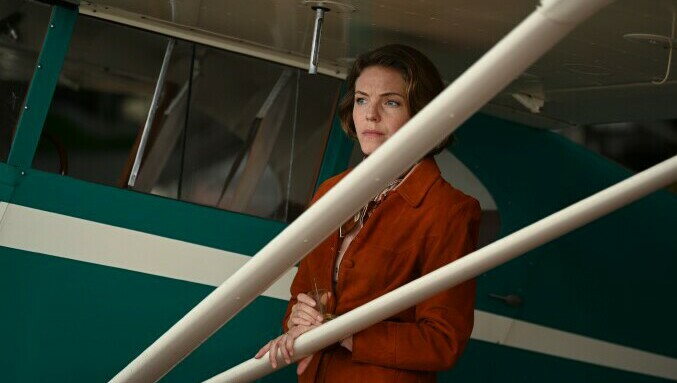 “In her own right, Trudy Cooper could have outpaced 'Gordo' in every way and wasn't allowed,” Davisson asserted. “She was basically as capable as any of the others, and the closest she could get was by being somebody’s wife.”

Mumford's performance thrums with melancholy. “I found myself unable to shake the sadness,” she told MediaVillage during a chat on set. “I was trying to not dwell on that, as I am sure Trudy tried as well. I spent a lot of time thinking about why she would come back and the amount of strength it must have taken to get to that point. I thought a lot about why she did that and how heartbreaking it is. She loved flying, and this would be the closest she would ever get to the space program -- if she was a wife witnessing it. That was heartbreaking to me and very indicative of the time.”

Cooper, played by Colin O’Donoghue (Once Upon a Time), wasn’t the only Mercury Seven astronaut prone to affairs. Alan Shepard (Jake McDorman) was a serial philanderer. Still, he and his wife, Louise, had a tacit understanding of don’t ask, don’t tell. Shannon Lucio (The O.C.) found Louise Shepard an “interesting mixture of a totally rounded blue-collar mom and a sort of poised, elevated white-collar woman.”

Like most of the other astronaut wives, not much is known about Louise. However, one unbreakable connection the Shepards forged is known. “He had this ritual where he would call her every day at 5 p.m.,” Lucio recalled. “Behind any good man is a great woman. It must take a lot of sacrifice and effort and will to make this happen. I think the wives were intrinsic because they gave fortitude to these men. There is someone back home who made everything work, not just cleaning the house and raising the children but paying the bills and doing everything. It’s like in a business. They are the CFO and the CEO. The husband can go off and bring glory to the family, but without that backbone of stability, what they did would not have been possible.”

The wife people knew best was Annie Glenn, played here by Nora Zehetner. She and John (Patrick J. Adams) were toddlers when their moms put them together in a playpen. They started dating in junior high and were married for 73 years until his death four years ago. Annie was 100 when she succumbed to COVID this spring.

“She was very strong,” said Zehetner, who coincidentally played Gemini astronaut wife Marilyn See in The Astronaut Wives Club. “I think that she knew herself, which is something we all struggle with. And I just think she had so much love. Their love story is endlessly inspiring to me, and the fact he really seemed to defer to her. I think she chose to remain in the background because of her speech impediment, and it was very hard to give interviews. But I do think in their private life she really held him up.”

As expected with Nat Geo, all is precisely accurate, including that 1950’s Technicolor vibrance in the sets and wardrobes. The series explains, without being pedantic, how the country united during the Cold War when dominance in science was the goal. And, it offers a vital lesson in women’s history.

“The sad thing about the wives’ roles as they were portrayed in history is they were made out to be the doting housewives,” said showrunner and producer Mark Lafferty, who was determined to search deeper. “What is going on inside these families? It’s not just the mechanics of going inside the space program. What is it like when the men come home, and these women have their own lives?”