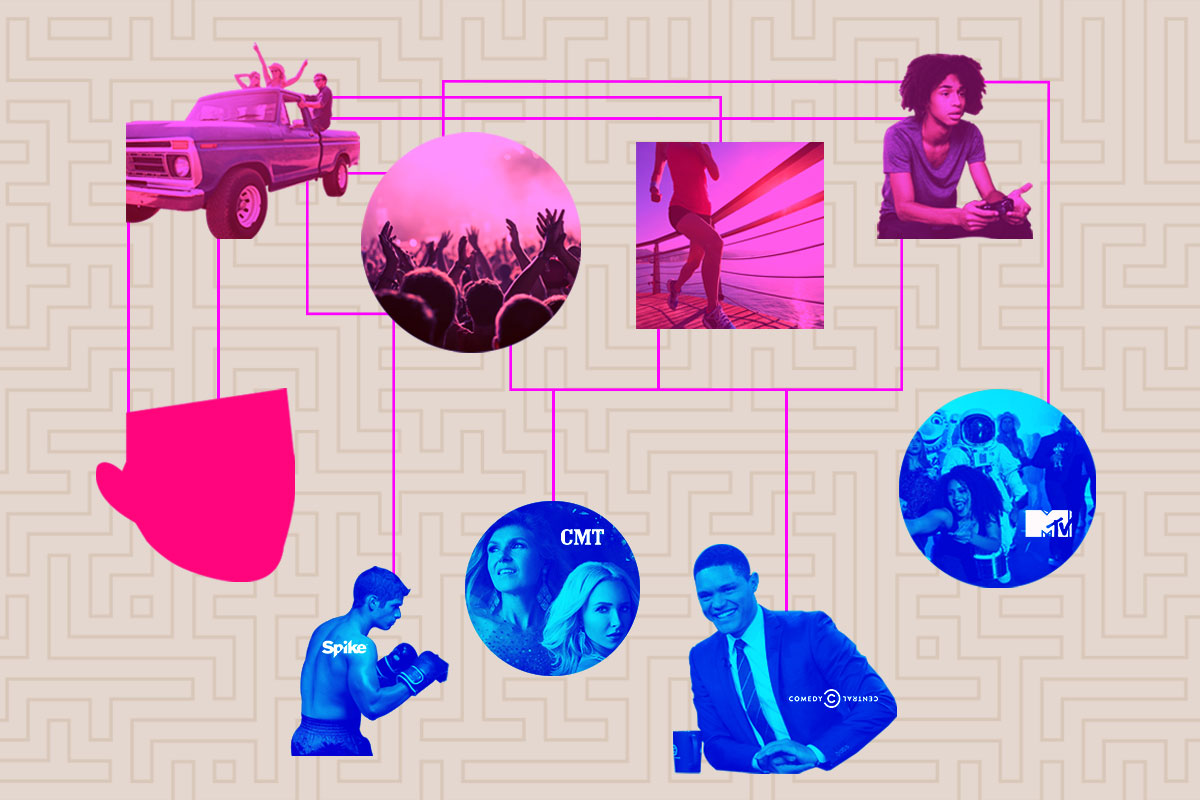 Peak TV is upon us, and yet, for all of the programming and technological advances made over the last 15 years, TV advertising has remained static since the 1950s. Though TV advertising is ripe for disruption, for an industry that has operated as is for so long, change will take time. Marketers continue to broadly define their target audience and then buy media across the networks and programming they feel best reaches this audience. Digital advertising has partly solved this, but marketers still very much want to be part of the TV conversation -- it's called Peak TV for a reason, after all. But what if marketers can have the best of both formats, combining the specificity of digital advertising with the sweeping scale of TV?

Within the traditional framework, TV researchers analyze show performance using target share or target index. If a marketer identifies its target audience as Hispanic men between the ages of 18 and 24, the marketer may see shows like The Walking Dead, Sunday Night Football, and Tosh.O. Still, even if many people from within this target watch NFL games, they are not necessarily over-represented.

To solve this potential shortfall, Viacom's Data Strategy team developed a patent-pending content score. The content score is an algorithm that crunches a mix of behavioral, attitudinal, and social third-party data along with Viacom's own first-party multi-platform viewing data. It then outputs a score that maximizes both share and index, which helps the team find the right, if sometimes unexpected, combination of shows, talent and music for the custom marketing campaigns it creates for advertisers.

Using the above example, the team can input the client's target audience of Hispanic men between the ages of 18 and 24 and the algorithm may show that The Daily Show has the best share and index score mix (even if this target weren't at the top of either list). Viacom can then engage for a custom effort on behalf of the marketer.

For more on what went into the development of the algorithm, the problems it helps solve, and the current state of TV advertising, I spoke with Brandon Grabowski, Director of Data Strategy at Viacom.

Brandon Grabowski: Well, there are two broad problems with the way campaigns are built.

The first problem -- in the media and advertising industry, marketers do research to determine who their target audience is. They then extrapolate on the research, creating audience narratives that are then sent to agencies to build programs against. The problem is that researchers and marketers must interpret results, adding bias to their findings. For example, the marketer might decide that their target audience is "socially conscious." Does that mean the target is financially charitable or does it mean they volunteer in their community? These are biases that different data sets and poor communication between players exacerbate.

The second problem is target selection. For example, if a study shows that Hispanic Millennials over-index in purchases of a specific product, the marketing team might decide to target them -- and at the exclusion of other demographics. But what's missing here is the relationship between the consumer and the product. Advertisers need to truly consider why they are targeting certain people and how to make sense of the data they collect.

So what's the solution?

We can use data to target, but it doesn't necessarily fix the issues above. Algorithms are written by humans and are therefore subject to bias. We need to be using data to help us with the decision-making process but not to make the decisions for us. That's where our custom content score comes in.

How does the algorithm help correct for the scale versus targeting problem?

The custom content score is a tool that explores the affinities of an advertiser's target audience. It does not make decisions; it creates a map. It looks at affinities like genre preferences, celebrity affinity and general interests, and then leverages data sets to create a broad affinity map, which can then be interpreted by the campaign team.

What went into the development of the algorithm?

When an ad hoc data request comes in like, "What are the top shows for Millennials who drive a truck?" any researcher will pull share and index to see what shows are big for the audience and what shows over-index. If we rank these two lists separately, we often get two entirely different top ten lists. It is easy to parse through the results manually when we're looking at a handful of rows, but when there are 10,000 shows in a database, no one wants to evaluate that manually. So we rely on algorithms. At its simplest, this model finds the compromise between share and index, maximizing both.

How do you input an advertiser's target and how do you then analyze the results?

We start by exploring the target audience before we make any recommendations. If an advertiser wants to look at "first person shooter console gamers," we might break that down into a male-female split to see if the audience has, for example, different needs based on gender or based on ethnicity. We then refine the query over and over again until we are comfortable that we are looking at something that is true rather than something that's convenient. Once we have the query identified, we produce a map of affinities and then interpret the results together with the campaign team.

What are some of the questions you ask advertisers before making a recommendation?

The most important thing we ask for is all the information that the advertiser has about this target audience. We see pretty quickly who has thought about things methodically and who is just giving random data points. I once had an advertiser say that their audience "goes to Coachella but not Bonnaroo." They might have data to support that finding, but is it relevant? It might actually be a significant predictor, but it could just as easily -- and more likely -- be random noise.

This commentary was written by Adam Flomenbaum, who is an executive editor of The Drum's future of TV section, Found Remote, and has also written for Adweek. He's a fan of Comedy Central’s Nathan For You, Broad City and The Daily Show, as well as Spike’s Bar Rescue. He can be reached at Twitter.