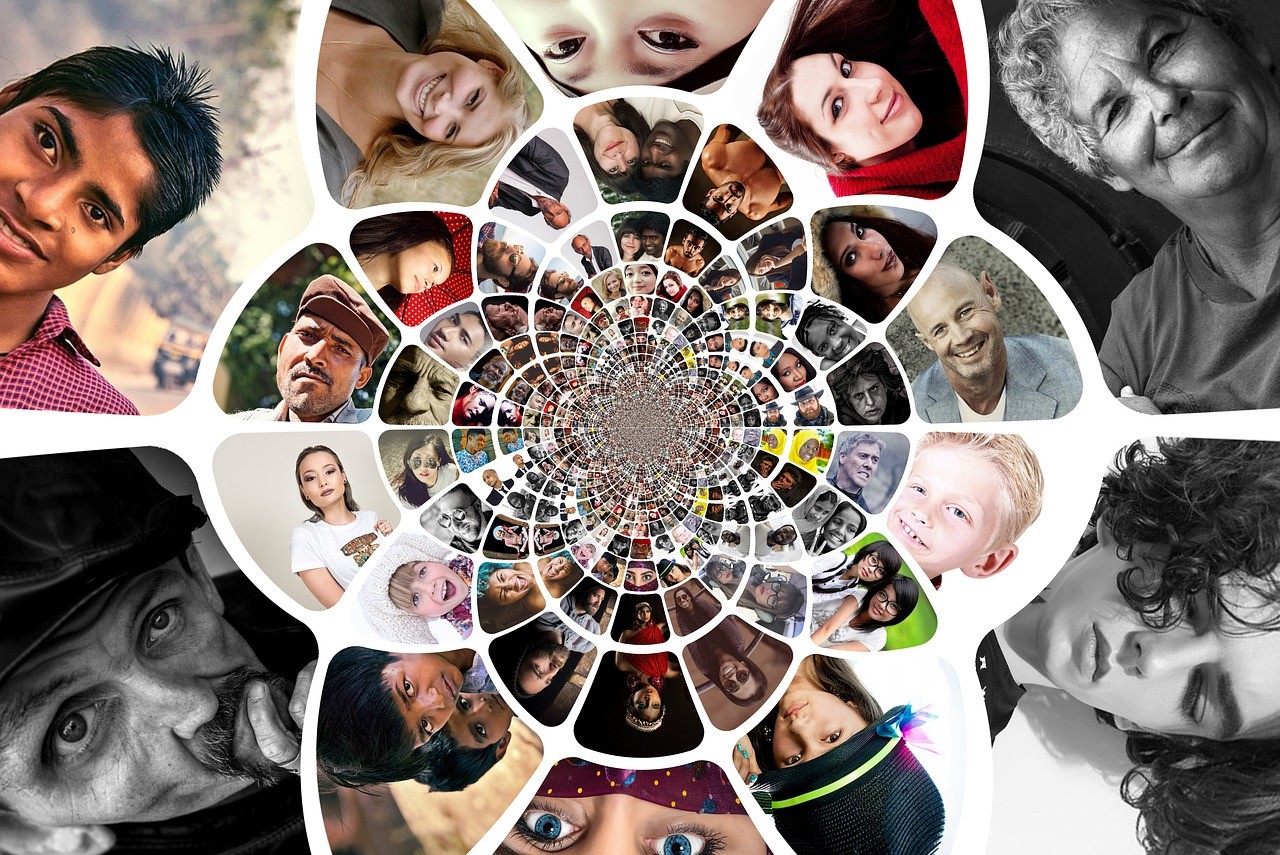 (Editor's note:  MediaVillage will host the 2nd Annual CES Inclusive Job Fair at the AdvancingDiversity Hall of Honors Induction Experience on Jan. 9 at the ARIA Hotel.  For details visit AdvancingDiversity.org.)  "It's not just the right thing to do.  It's much more of a business imperative.  If we're going to remain relevant, we have to be inclusive.  And it's not simply up to the diversity department.  It falls on all parts of the organization to make sure people are launched and given the same opportunities."  That's the assessment of Tiffany Smith-Anoa'i, CBS Entertainment's Executive Vice President, Diversity, Inclusion and Communications, who has overseen the network's inclusion efforts for the past decade.  She told MediaVillage the goals are not only to find fresh, unique perspectives but to launch sustainable careers in the television business.

Part of that effort encompasses CBS' prestigious -- and highly competitive -- writers' mentoring program and its directors' initiative.  A list of ten total participants in both programs during the 2018-19 season was recently revealed.  CBS, along with other networks, has demonstrated its commitment to finding and hiring new voices in the writing and directing ranks for almost two decades, since all of the broadcasters were called out in the 1999-2000 season for not having any faces of color in leading roles on primetime shows.

The NAACP condemned it as "a virtual whiteout."  With other civil rights organizations, including those representing Native Americans, Hispanics and Asian-Americans, they demanded that the networks step up their efforts on ethnically diverse hiring practices in front of and behind the camera.  An agreement was reached among the parties.

While there have been ups and downs over the ensuing years in increasing diversity, Smith-Anoa'i pointed out that both the writers and directors programs have yielded a number of measurable results.  Among its many success stories are Aaron Rahsaan Thomas, the co-executive producer of S.W.A.T.; Gina Monreal, co-executive producer of NCIS; Zetna Fuentes, who has directed episodes of Madam Secretary, Jane the Virgin, Shameless, Scandal and Longmire, and Jude Weng, who directed episodes of 2 Broke Girls, Crazy Ex-Girlfriend, The Goldbergs, black-ishand Fresh Off the Boat.

The networks and production studios normally operate in a mode of fierce competition with each other, but when it comes to diversity and inclusion, they're all about a spirit of cooperation and collaboration.  "We are in touch with our counterparts at other networks," Smith-Anoa'i said.  "This is an industry built on relationships.  If our participants then go off to NBC or Warner Bros., it's about making sure they have the opportunities.  She also pointed to the "soft skills" that participants develop, such as managing crews and actors on set -- and dealing with executives.  Gratifying moments for her arise when things come full circle, and a participant of one of the programs is already hired on staff or booked on another network's programs and not then available for shows on CBS.

Similarly, NBC has been running writers and directors initiatives for nearly 20 years, but it prides itself on being the only network to run a program for new voices in late night.  That was started seven years ago by diversity chief Karen Horne, Senior Vice President, Programming Talent Development and Inclusion, NBC Entertainment and Universal Television, after she was on a panel and was questioned about the extreme white maleness of the writing staffs of late-night shows -- not to mention the fact that a majority are Ivy-educated.  It's a tough door to enter for nearly anyone else who doesn't check off those boxes.

"Now the people in our program are on all the late-night shows: Jimmy Kimmel, Jimmy Fallon, Stephen Colbert, Trevor Noah," Horne said.  "We have really changed the landscape, far beyond just our network."  She also pointed out a just-launched program for alternative directors that places them on shows including The Voice and a Female Forward initiative for directors that has them shadowing established directors before helming their own episodes.

Still, even getting into these programs is a difficult wall to climb.  For NBC's Writers on the Verge program, there are 2,500 applicants for eight slots each season.  The network recruits candidates from ethnic media coalitions and film festivals.  Applicants for this -- and similar programs -- can submit spec scripts off a list of about 50 shows that span not only genres but networks.  The scripts are anonymized so that readers don't know who wrote them and the top candidates are then called in for personal interviews in the lead-up to determining who made the cut.

The Writers Guild of America, West also actively participates in network inclusion hiring efforts with its TV Writer Access Project for its member scribes in five categories: women, minorities, LGBTQ+, writers with disabilities and those 55 years and older.

"The requirement is that you have to be staffed at least once or have sold a pilot or have a produced episode.  You apply with a spec or a pilot.  Right now, it seems like the industry standard is pilots," explained Tery Lopez, director of the WGAW's Inclusion and Equity Dept.

Formerly called the Diversity Dept., it's a name that has evolved with the times -- and on the recommendation of its advisory board members Shonda Rhimes and Glen Mazzara, both of whom know a thing or two about hiring staffs that include people whose voices may not have been previously heard.

The Guild's efforts, which also go back several decades, encompass the full spectrum of underrepresented communities by presenting workshops and networking events on a regular basis.  Under the Inclusion and Equity Dept.'s purview are committees for women, LGBTQ+, older writers, Asian-American, Black, Latin, Native American and indigenous writers, writers with disabilities and writers who focus on specific genres.

Not to be outdone, a Directors Guild of America spokesperson said the DGA has been pressing studios, networks and producers to be more inclusive in hiring for nearly four decades.  The Guild's efforts include collective bargaining gains requiring television studios to operate TV director diversity programs, ongoing meetings with studios, networks and individual series regarding their hiring records and publicized reports detailing employer hiring patterns.  Like the WGA, the DGA itself has initiated a variety of mentorship and educational programs to support the career development of its members.

We asked Producers Guild of America's Diversity Committee Chair Deborah Calla, who also spearheads the Media Access Awards, about the results of all of these efforts.  "The greatest strides have come from content featuring story lines and characters that until recently were not seen on television or had been seen as stereotypes," she said.  "Now we are starting to see representation that is layered, and complex as human beings actually are.  This shift comes from showrunners and producers who are listening to society's pulse.  We are living in the #MeToo and #OscarsSoWhite movements.  This shift then brings greater representation, which is reflected in writing, casting, directing and many below-the-line positions."

On the representation side, Ava Greenfield, television literary agent at ICM Partners, shared her perspective on the hiring landscape.  It's worth noting that she's one of the few female African-American TV literary agents at the four major talent agencies.  "In 2018, if you look you can find diverse and inclusive voices," she said.  "It requires effort but there are great voices on blogs, books, in articles -- they don't all necessarily come to me in script form.  It takes effort but it's worth it.  (Greenfield's clients include Tina Gordon Chism, Aeysha Carr, Amanda Seales and Regina King.)

"I've seen an increased level of commitment from various studios and networks to develop projects that are from diverse and multicultural creators," she continued.  "It's one piece of increasing representation on screen and behind the scenes.  With this renaissance of new voices, the audience is out there, and it's good business.  The audience wants universally themed content."

Greenfield's bottom line is one that colleagues across the board will affirm: "The message is increased diversity is good for everyone -- not just those who identify as diverse."