Divine Providence for Fools, Drunkards and the United States of America 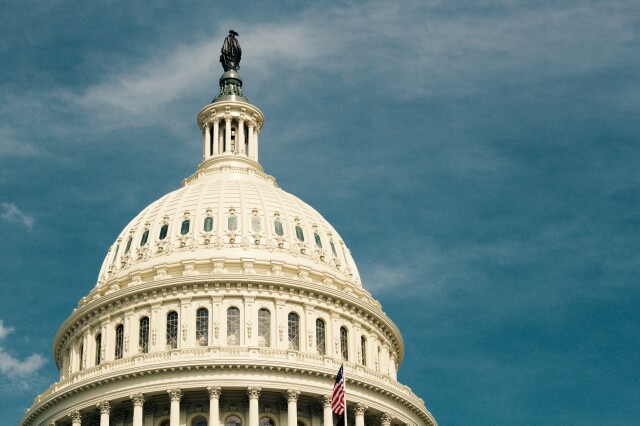 Editor's note:  MediaVillage is honored to expand the regular commentaries by former CIA officer and head of public information Kent Harrington to a weekly column focused on the voice, role and responsibilities of media In the National Interest.  Marshall McLuhan's understanding that "The Medium is the Message" has never been more relevant, and Kent's perspectives bring that understanding to our readers.

God has a special providence, Otto von Bismarck once purportedly said, for fools, drunkards and the United States of America.   Apocryphal or not, the 150-year-old quote attributed to Germany's famed Iron Chancellor conjures the kind of divine help that anyone paying attention to current events could only wish for today.

The challenges facing the United States are obvious: a chaotic, compromised presidency; a deeply divided electorate; growing threats from Russia and China; and new forces -- from technological to climate change -- that are reshaping not only our economy and society but also the world order, to mention only a few.  What's far less clear is whether the media are helping Americans understand them or making their uncertainties worse.

As might be expected considering its ever-morphing forms, there are many narratives about the media.  From studies of violence to sermons on values, the contending analyses of the industry's impact on our society cover the waterfront.  Even without consensus among the debating academics, practitioners, critics and commentators, however, none would dispute that the media's influence is growing, and often stealthily in only belatedly recognized ways.

That's what makes examining its role in our democracy, including on crucial issues we face, so important.  This column will try to do just that.  If the late Anthony Lewis, the Pulitzer Prize-winning New York Times columnist, had not forever earned the naming rights, it might be called "Abroad at Home."  The goal: to bring the perspective of an intelligence analyst with four decades of experience analyzing other countries to commentary on his own.

Mediavillage has generously allowed me to offer such views from time to time.  For those who have read them, you will find this regular column will raise familiar themes.  Some of the  questions -- for example, the changing nature of news and its part in informing and educating citizens -- will represent hearty perennials.  Others, such as how social media corrupted the integrity of our political process and its vulnerability to forces intent on undermining national security, are newly emerging.  In both cases, they deserve a steadier look.

So do broader issues shaping an industry whose influence on the direction of the country will only grow.  Take the importance of the press in creating an informed citizenry.  In a survey of 11 national media markets a few years ago, the United States ranked ninth in the percentage of its newscasts devoted to international and foreign news.  Given where most Americans get their information about the world, small wonder a 2016 Council on Foreign Relations and National Geographic survey found, even after nearly two decades of war in Iraq, less than half of college graduates under 26 years old could identify the country on a map.

Or consider a company's responsibilities.  Case in point: our national security and social media's complicity in Russian election meddling.  The Silicon Valley CEOs who built Facebook and Twitter, including with Russian money, have stumbled from denial to apology to excuse in trying to explain why the idea that bad actors might subvert their creations somehow never crossed their minds.  Add to the Wunderkinder's dismal performance their inept fixes and dubious commitment to get them right and any thoughtful citizen should be worried.

The threats facing the country raise complicated subjects.  Many are well beyond a typical boardroom's business concerns.  So are their consequences for the United States.  Investing in quality journalism or eliminating the vulnerabilities built into Facebook, YouTube and Twitter also will be expensive; shareholders won't be happy.  But what's the cost to fix a society ill-informed about the world, or pitted against itself by foreign adversaries out to destroy the credibility of its democratic process?

These are only a few of the public policy questions that confront Americans as well as the media industry.  To understand why finding their answers is vital to our national interest calls for facts as well as analysis.  Like any intelligence assessment, this column will make an effort to distinguish the two in helping its readers think through what's important to them as well as the country.  In the meantime, we should hope Bismarck's observation still applies.