Do Ads Really Need to Go Away? - Tom Phillips-Microsoft 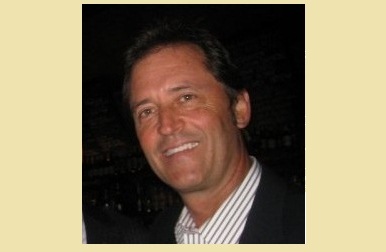 Dish Network (Dish) stirred up some serious dust at CES earlier this month talking about its Auto Hop feature that gives customers the option to skip commercials on major broadcast networks a day after the original air date of network programming.

This is not the first time Dish has incurred the wrath of the networks, and it may not be the last. Subsequent to Dish's comments at CES, rumors circulated that CNET was forced by its parent company CBS to remove Dish's Hopper set-top box from its "Best of CES" awards due to pending litigation between the two companies. One of CNET's reporters, Greg Sandoval, announced over Twitter his resignation due to the controversy shortly thereafter.

This very public tug-of-war is being fought over advertising – the lifeblood of the media business – and more specifically, Dish's apparent belief that people just don't want to deal with ads if they don't have to.

This may sound strange coming from a person who works in the digital advertising industry, and I am not taking sides, but I actually think we need to have a serious conversation as an industry about doing away with ads as we know them.

I'm not saying that we should do away with the model of an ad-supported internet. Far from it. What I am saying is that we should rethink what an ad is and does, and start to really address what consumers want – then we can work backwards.

If you ask a consumer, "Do you want an ad with that content?" most will say no. And why should they say anything else? The digital ad industry today still spends billions of dollars pushing ads at people that have very little relevance and do little more than clutter up a person's online experience.

Some of the best digital advertising today bears little resemblance to what it looked like even just a few years ago (see my blog on the topic a couple months ago). The good news is that there's plenty of inspiration to draw from. At Microsoft Advertising, we've been fortunate to work with some incredible companies who understand well this notion of "advertising as content" to win the hearts and minds of consumers. For instance, the experience we created with 20th Century Fox for its 'Life of Pi' promotion within the Windows 8 Xbox video app was relevant to the other content, entertaining and non-invasive.

Another client, Buick, recently turned to Microsoft Advertising to create a custom-branded destination on MSN called "re:discover" http://rediscover.msn.com/, a visual array of rich content that inspires, excites and empowers the most discerning experience junkie to discover our country's most compelling people, places and things. The custom hub presented unique perspectives on 28 major U.S. cities through videos, original articles, city profiles and syndicated content from MSN Autos. The tie-in was clear: while site visitors rediscovered the uniqueness of each city, they would also rediscover Buick.

A third client, L'Oreal, created "The Next Level," a beauty and style app for Xbox LIVE. On the surface, Xbox may seem like an unconventional channel for beauty marketing – but it actually makes a ton of sense when you consider approximately 40% of Xbox LIVE users are female. L'Oreal used this richly interactive "total style experience" to reach a valuable audience with highly relevant content. Users can get fashion tips, watch video tutorials and buy products. Conde Nast's Lucky magazine is helping build out some of the content, which will be updated regularly and will run for at least a year. 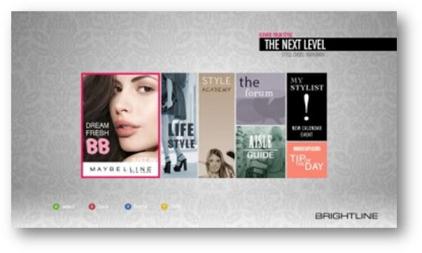 All of these companies – and many others we work with -- have determined that when it comes to digital, just putting a traditional ad in front of someone is so, well, yesterday.

Now, all that said, there are of course times when the ads are "the show." Clearly, there are a ton of people who tune into the Super Bowl more for the ads than for the game itself (see here). But even in the case of the Big Game, it's probably safe to say that the ad watchers aren't really tuning in so they can be advertised to…they're tuning in because the commercial breaks deliver entertainment (another form of content) that often times is more interesting than the game itself.

So back to the controversy stirred up by Dish. Maybe it's not that people don't want ads, it's just that the traditional definition of ads – and the value they should be delivering but often times aren't – is what needs to be scrutinized.

We need to examine and act on the primal nature of the consumer to consume. This requires that the industry pull out the stops and begin, once and for all, the march toward making advertising experiences something that people pull into their lives instead of something that is pushed on them without a paying heed to whether it's relevant or not.