Do Profits Matter in Digital Journalism? 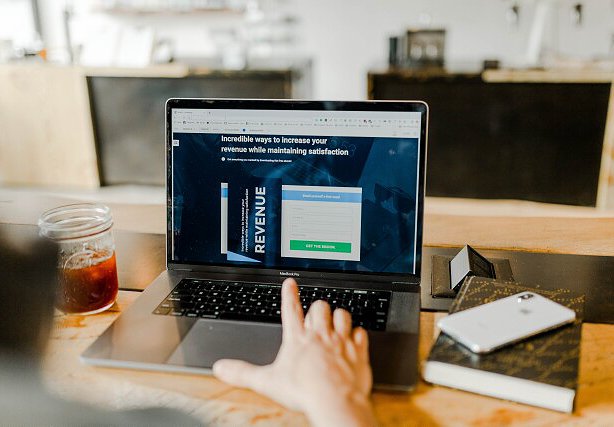 Dennis K. Berman, the then-business editor at The Wall Street Journal, questioned The Huffington Post's bandied-about valuation of $1 billion in June of 2015.  It seemed curious in Berman's view for a company that had so consistently failed to generate a profit to make it to the tenth digit when the valuation discussions began.  With 214 million monthly readers at the time and around $168 million revenue, The Huffington Post was clearly doing many things well.  There are few places that boast that degree of traffic.  But for some reason, profits were nowhere to be found.  And that becomes all the more mysterious, in the case of The Huffington Post, when it's the publication that so many of America's old-school newspaper columnists curse to the high heavens, claiming that Arianna Huffington destroyed their profession by doing something quite shocking, at least at the time: getting people to write for free.

Seeking to explain The Huffington Post's gap between traffic (and revenue) and hard profits (what Berman also cites as the difference between "activity and achievement") he recognizes that a platform like The Huffington Post may have considerable monetization power if leveraged to certain ends -- say if Verizon, its parent company, wanted to use the site, "to help bolster its direct-to-consumer video service."  He also puts forward a point that some top brass at The Huffington Post were using as an explanation: that investments in international expansion were delaying profitability.  But Berman cites an anonymous source on the inside who says, "We couldn't figure out how to get this thing to make money," a sentiment very similar to what Sumorwuo Zaza, the former director of the publication's international division, told me.  But The Huffington Post (now the HuffPost) isn't alone.

This past January, Buzzfeed laid off 15% of its employees which totaled something close to 220 people.  Within days, Verizon Media laid off 7% of its staff across its brands, including AOL, Yahoo and none other than HuffPost.  (The publication, as a result of these layoffs, shuttered its opinion section.)  As The New York Times reported, the BuzzFeed layoffs were the result of lingering investor frustration about the inability of the company to turn a profit, despite hauling in over $300 million in revenue in 2018.  BuzzFeed News has helped lead the charge as a division that has failed to become profitable.  These layoffs might be remembered best for giving rise to the #learntocode imbroglio on Twitter, but they will likely, over time, come to be viewed as a point when investors finally said that kicking the can farther down the road when it comes to profits -- after a decade in the red -- was no longer acceptable.  Some commentators have noted, to this effect, how many digital media companies are still referred to as "startups" when many have been in operation for more than a decade.  Just as there is the proverbial 'chasm between thought and action,' there may still very well be quite a gap between naming a price and someone actually getting out a checkbook.  In any event, the chickens may be coming home to roost on BuzzFeed's previous valuation ($1.7 billion in 2016, which came from a further $200 million investment from NBCUniversal) . This, of course, takes place in a climate where Mic, which was valued at north of $100 million in 2017, was sold-off a year later for $5 million.

The lack of actual profit isn't a problem until it is.  Despite a tough opening day on Wall Street, Uber's lack of answers to when it ever might become profitable, hasn't prevented a $75.5 billion valuation.  Similar things might be said of Tesla -- or WeWork.  Spotify also has famously struggled in the profits department before announcing this past February its first foray into the black.  As long as people are willing to withhold skepticism, the fun can continue.  But if something makes that doubt widespread, it might be a different story.  As Warren Buffett once wrote: "After all, you only find out who is swimming naked when the tide goes out."

There are a few possible reasons that might explain the gaps between revenue and profitability in digital journalism.  Perhaps, as HuffPost argued in 2015, certain investments the company is making will pay off bigger down the road.  This is similar to Jeff Bezos' 2014 answer to a prying Henry Blodget in his Business Insider interview about Amazon's historical difficulties in generating profits: the money was going back into the company.  But now, in the case of several digital media companies, as much as a decade has gone by, and profitability is not necessarily on the horizon.

In media, there is the thought -- a point Berman also observed -- that some companies might be "valued at as much as eight times revenue on the premise they will develop into the next media empires."  Like Facebook, even if not profitable at first, there is the idea that if a venture gets big enough, it will almost have to make a profit based on its sheer size, impact or, to use the buzzword of the month, "disruptability."  When it comes to the online media space it's obvious that -- in an environment where tech giants like Google and Facebook are gobbling up massive shares of advertising revenues -- many publishers, at least as things stand right now, are going to have profitability issues.

With that said, media companies as diverse as The New York Times, Forbes and Patch have forged paths to increased revenues and profitability. Hedge Fund Manager David Einhorn had begun to wonder if the traditional principles of investing were still relevant, as more and more stocks soared without accompanying profits.  "Given the performance of certain stocks, we wonder if the market has adopted an alternative paradigm for calculating equity value," he wrote in a letter to his investors.  But with growing investor discomfort about the lack of profitability of say Buzzfeed, perhaps the conventional wisdom, championed by value investors such as Einhorn, may be returning to the front and center. So, as investors continue to shimmy in their seats about decades in the red, it may be time to revisit the previous Zeitgeist of investing in digital media with the thought that profits may one day just come along.  Just the same, should more digital media publishers (or their parent companies) begin to focus more on profitability rather than just pure growth, changes in the type of content delivered -- and perhaps even the quality of the journalism itself -- may very well follow in tow.