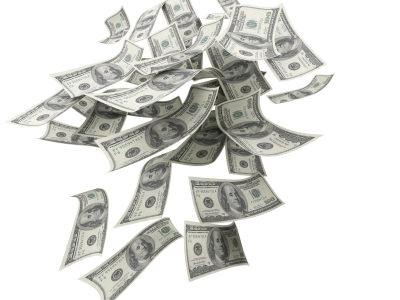 Yes, but not as much as you think. It appears certain that we are headed for a conflict of some type with Syria very soon.

Historically, there is a two-month period where it is better to lighten your brand footprint. The last major conflict to captivate American audiences was the war in Iraq in March of 2003. There was an eight-week period from the start of the war on March 17, 2003 until the end of combat operations in May 2003 where Americans were glued to their cable new networks (see chart below). 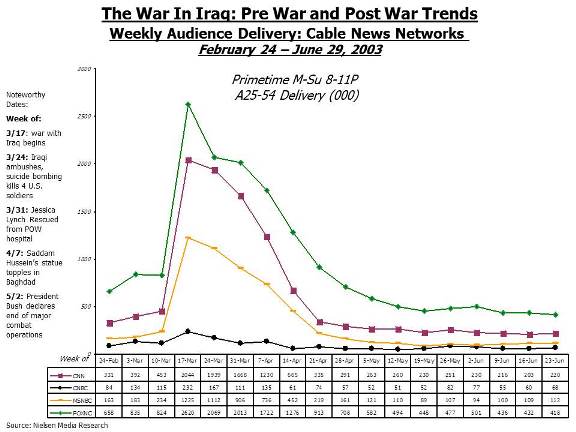 One major change of the last ten years is the disruption of the traditional media marketplace by new and innovative media properties.

Imagine life without social media and smartphones. It is difficult to do. The death of Osama bin Laden in May, 2011 was the first global social and mobile event.

Winston Churchill said, "never, never, never believe any war will be smooth and easy, or that anyone who embarks on the strange voyage can measure the tides and hurricanes he will encounter. The statesman who yields to war fever must realize that once the signal is given, he is no longer the master of policy but the slave of unforeseeable and uncontrollable events."

A look back to the wars over the last thirty years shows little impact on the advertising market. There is a window of four to eight weeks whereby media consumption patterns changes from entertainment to news content. There is a short-term pull back in advertising, which may impact quarterly revenue, but looking year to year the impact is minor.

If you are planning to launch a brand during this time you should wait until the conflict is less dominant in the headlines.

While cable news replaced broadcast news in 2003, it will be interesting to measure the consumption patterns for both mobile and social media as the Syrian conflict unfolds.

Dan Hodges is President of ChaCha Search, Inc. Dan can be reached at dan.hodges@chacha.com