“Doxxing” of a Bronx Man Shows News Media at Its Worst 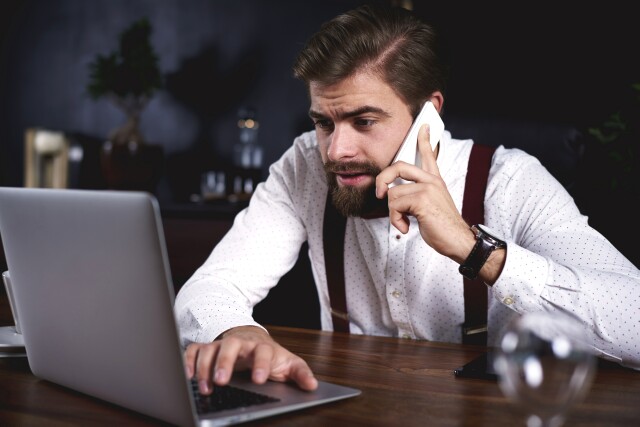 The Daily Beast recently did something it shouldn’t have.  On June 1st, the site published a lengthy exposé on a black forklift driver from the Bronx who was identified as the person who created the video of House Speaker Nancy Pelosi appearing to be drunk.  The video in question, which featured slowed-down audio that made Pelosi sound as if she were intoxicated, was widely shared, even being tweeted by Rudy Giuliani.  It’s hard to decipher the intent of the man behind the video, whom I will avoid naming so as not to add further insult to injury.  Perhaps he did create the video to deceive people into thinking the Speaker was, in fact, under the influence.  But it’s just as likely he made it to be humorous, hardly expecting it to, as they say, “go viral.”

The bottom line is that Kevin Poulsen, one of The Daily Beast’s contributing editors, decided to embark on writing a 2,000 word hit piece on a relatively harmless private citizen, who happened to be very vocally pro-Trump, for the crime of mocking a politician that the head honchos at The Daily Beast happened to favor.  The piece, mind you, didn’t just name him -- or reveal his occupation or his age.  No, it went into great detail and exposed some very embarrassing personal information, from comprehensively detailing his criminal history to dredging up a year-old Instagram post, which Poulsen summarily judged as “featur[ing] misogyny,” to describe the content of his disagreements with an ex-girlfriend.

The scariest part of the whole matter might be recent reports rolling in that Facebook helped The Daily Beast’s reporters track the man down.

Pulitzer Prize winner and Intercept co-founding editor Glenn Greenwald didn’t like what The Daily Beast did, so he tweeted:  “Can't believe (honestly) that journalists don't see why it's so repellent to unleash the resources of a major news outlet on an obscure, anonymous, powerless, quasi-unemployed citizen for the crime of trivially mocking the most powerful political leaders.”  Greenwald was joined by former Democratic strategist Yashar Ali:  "I gotta say, it sets a really bad precedent when a private citizen, particularly someone who is working a blue collar job, has their identity publicly revealed simply because they made a video of a politician appearing to be drunk.”

A number of commentary pieces in a similar vein would follow shortly thereafter.  In the true American spirit, the general public or, in this case, Twitter users laid down the harshest judgements on Poulsen and Daily Beast Editor-in-Chief Noah Shachtman, sarcastically thanking them time and again for providing a news report so deserving of a Pulitzer.  Greenwald also used the occasion to draw attention to a July 2017 piece published at The Intercept, which chronicled how CNN threatened to do the same thing and dox the Reddit user who created the video of President Trump punching the CNN logo.  CNN relented when the user issued a lengthy public apology (still under his pseudonym), but the company promised to follow through on the doxxing should he do anything along similar lines in the future.

Maybe I’m naive, but news outlets, at least in my mind, still have an obligation to report on stories of widespread value that have a substantive impact on people’s lives -- or are of unique philosophical, cultural or historical interest.  Although it might sound hackneyed, worn impotent by overuse, well-functioning media organizations ought to serve as a check on the truly powerful members of a society, including major corporations, members of Congress, large donors, major presidential candidates, the occupant of the Oval Office (no matter his political party) -- and even other media outlets.  But in my defense, as C.S. Lewis used to say, “it is quacks and cranks” who try to introduce entirely new ways of looking at things.

There is, indeed, great journalism being done -- for example, by the reporters at the Tampa Bay Times and Sarasota Herald-Tribune taking a page out of Katherine Boo's work in the early ‘90s and uncovering disturbing abuses at mental hospitals throughout Florida, or the Reuters photographers who captured the plight of refugees in Myanmar.  These  are the award-winning, shining ideals for which  journalism can strive, but, at the very least, journalists can avoid sinking to the lows of using their vast resources and soft power to intimidate, bully and embarrass people whose politics they find unpalatable -- in this case, humiliating the powerless in defense of the most powerful woman in the world.

Sadly, this Daily Beast piece likely received exponentially more attention than any investigation of mental asylums or foreign conflicts ever would.

The Daily Beast event is situated in a larger context and shares some points of intersection with the emergent deplatforming conversation, where major companies and content platforms such as YouTube and Facebook remove the accounts of individuals they find objectionable.  (This is resulting in an uptick in entrepreneurship, with a growing number of platform startups promising not to engage in censorship.)  But both demonstrate the power of media companies and their capability to either humiliate or demonetize people whose beliefs they don’t much care for.  Whatever the intent of the Daily Beast story -- whether it was to make a few bucks on a juicy scoop, endear the publication to politicians its team favors or demonstrate its edit staff's superior sleuthing skills -- it represented a failure of discretion and a missed opportunity for a publication to use its resources, talented journalists and larger readership to talk about things that are a bit more substantive.  If they aren’t willing to do that going forward, at the very least, they can opt against ruining people who don’t need to be ruined.