Dr. Oz: 10 Years in and Still Leading the Way to Wellness 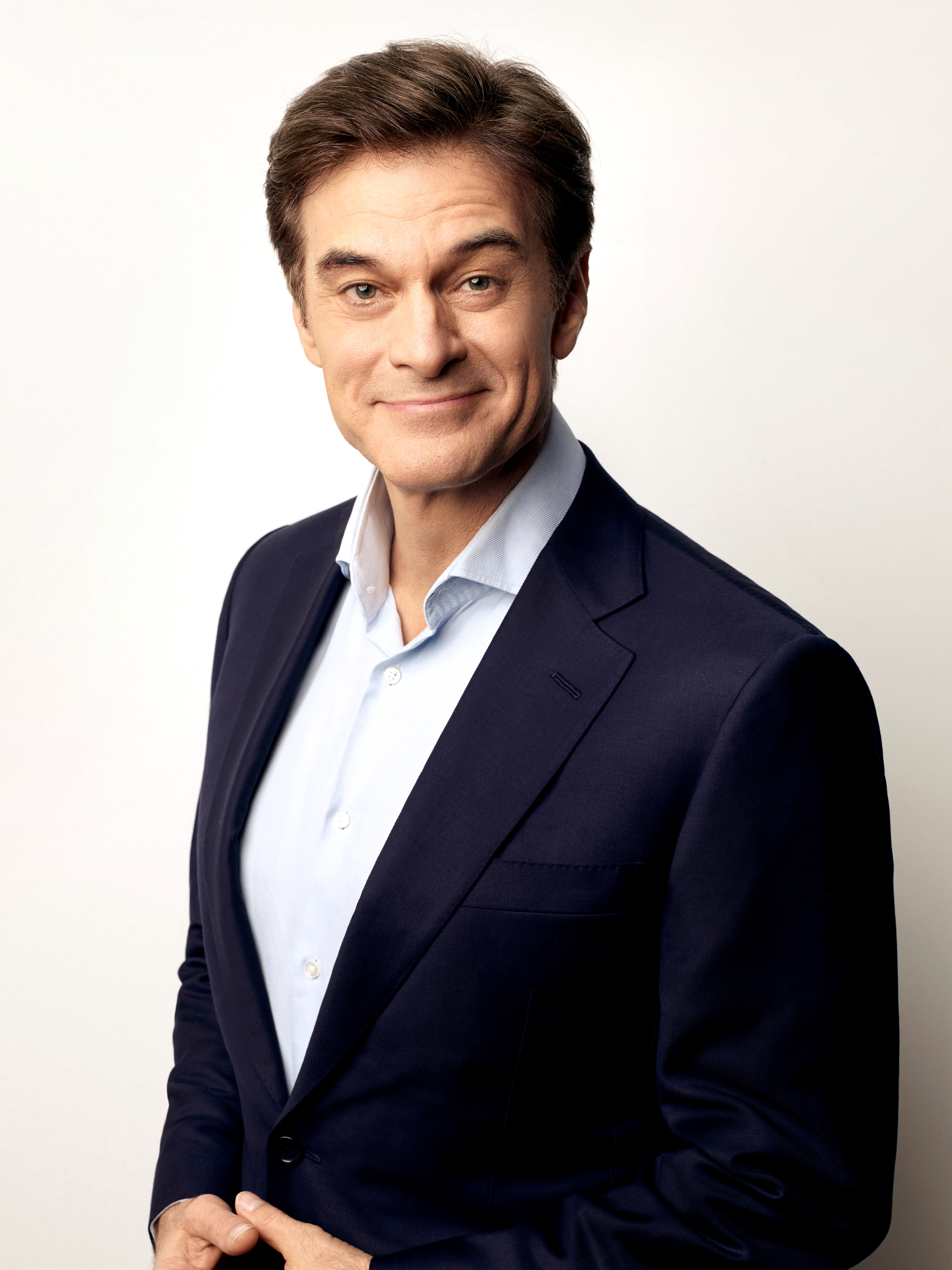 With a milestone 10th season launching in September and a 10th Emmy added to its credit this past April, Sony Pictures Television's The Dr. Oz Show stands out as one of TV's most popular and enduring programs.  In his quest to bring medical information and valuable advice to his audience, the show's host Dr. Mehmet Oz says he still has plenty of compelling stories to tell.  Sony is clearly thrilled with the ongoing success of Dr. Oz and its engaging star, having just completed deals with Fox' and Hearst's station groups for Seasons 11 and 12.

For his part, Oz says his brand is evolving to cover new ground while still remaining true to its core strengths.  In a recent interview with MediaVillage's E.B. Moss, Oz, who some media reporters call "America's doctor" thanks to his loyal following, shared insights on how his program is tackling new subjects like crime, what surprises him about medicine, and the valuable advice he received from TV legends Oprah Winfrey and Phil Donahue.

E.B.  Moss:  Dr. Oz, congratulations on the big anniversary you just celebrated.  How do you sustain this?

Dr. Mehmet Oz:  Thank you.  Yes, we just did our 1500th show, but I guess even bigger is that it's the 10th year of the show coming up.  I remember talking to Oprah [Winfrey] when we first started the series and she was at season 21 when she first invited me to start my own show.  [Oz had started appearing on her show five years earlier.)  She had already confided to us that she was going to stop at year 25, but it wasn't public yet.  I said, "Oprah, why would you stop?  You're at the top of your game, everything is going well."  She said, "Just wait until your 10th year, you'll see.  You've got to put your heart and soul into every single show you make."  At a certain point, you could see why you might feel like you've said everything that you need to say.  That was Phil Donahue's response when I asked him why he stopped.  He said, "I said everything.  I didn't feel anything else needed to be said."  I'm not quite there yet, but I get both perspectives.

Moss:  But just like media, we're always learning something new about our bodies and adapting to change.  So, hopefully, we'll celebrate your 20th anniversary too.

Oz:  I went into medicine because I knew I would never, ever understand it all.  No doctor can.  What makes the human body so special is that it is the most complex thing you've ever imagined ... and our consciousness from which much of this arose is something that's worth exploring in your own personal life.  So, at a narcissistic level, studying health fulfills a lot of your innate desire and curiosity about the world.

The bigger thing about hosting a show on health is that I get taught by people every day on my set.  When Katie Couric came on to teach me about her [documentary series America Inside Out on National Geographic] I learned from every single comment she made about every single episode. That's what medicine is supposed to be about.  It's not supposed to be dealing with the same old, same old every day.  It's applying that to the individual in front of you.

Moss:  Where do you and Sony see your show going?

Oz:  We've had a good year and we've been able to take our brand, which is really about truth, and apply it to true crime, for example.  We use the medical filter as forensics for some of the problems that happen when you have criminal activities, whether it's psychiatric issues or just crime scene investigation.  It allows us to apply our strength and expand the brand to an area beyond what we'd normally have been known as being competent for.

Moss:  Speaking of growing, what have you learned or discovered that surprised you most in the last couple of years?

Oz:  I was taught in medicine that if you give people the facts they'll change.  That's wrong.  It's not sad, it's the normal human pace not to do that.  The most profound insight is that people don't change based on what they know, they change based on how they feel.  If you can get them to feel differently, they'll change.  So, instead of finger-wagging about how cigarettes are bad for you, get people to realize that if they truly love themselves like people around them do, they would never put that in their mouth.  That works.

Moss:  Also on that topic of growth and change, way back in Season 1 the audience didn't consume media quite the same way.  Mobile video really wasn't such a factor.  Now you have a huge social and digital following.  How has the content evolved for multiple platforms?

Oz:  Access to multiple platforms has really helped our brand since the highest quality content can be seen by any desiring consumer.  You don't have to be free in the afternoon for an hour to catch my show.  I can meet you anywhere you are, whenever you have time to hear my message. Social media is especially valuable to localize advice to you.  You might want my seven-minute workout on Facebook or a cauliflower dish on Instagram. 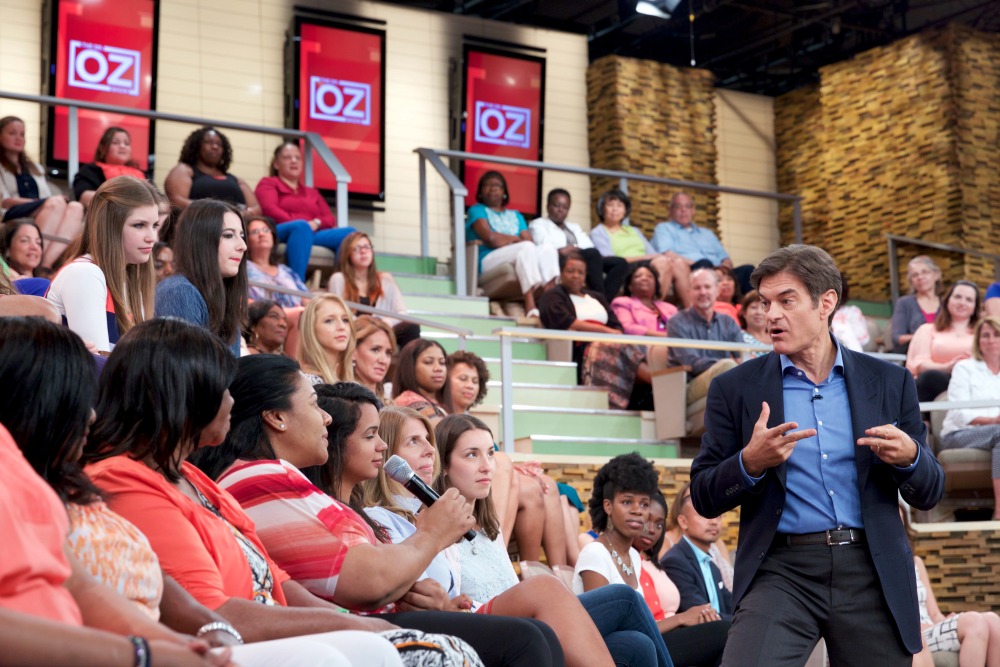 Moss:  With the proliferation of health and wellness content since your show launched, you've been able to break through the clutter.  What's your formula for breaking down complex topics for mass audiences?

Oz:  Humans learn best through stories.  Our ancestors lived in small villages and learned about health from their families while finding, cooking and eating food.  I parse information into memorable tidbits that can be consumed and applied to shopping for and preparing meals.  I also want the experience to be entertaining enough that you'll discuss it at dinner or at least around the water cooler at work.  The advice has to be easy to follow, and joyful.  But the real secret sauce is that people do not care what you know until they know that you care.  I'm called a talk show host, but I'm really a guest in people's homes and I need to respect their needs by bringing the best information that they need to understand into their living rooms.

Moss:  On the personal discovery front, I understand you're a big traveler!  Where have you been traveling this summer?  And do you work to bring along the health message to other countries even when you're not"working"?

Oz:  My show has aired in 100 countries, and we touch 20 million viewers around the world weekly.  When we enter hiatus, I get to travel to many of these countries.  This summer I've already been to China, Singapore, Thailand, the Middle East and Sweden.  I'm headed to the U.K., Turkey, Greece and Italy, as well.  I shoot shows and do interviews with local media partners and focus on local health issues, in the context of global medical advances.  The biggest health concern of the world might be loneliness.  People feel disconnected from each other and humans desperately need the safety net of loving each other.  Computers give us knowledge, but we don't die of the darkness, we crater from the cold.  Great media brands bring people together to celebrate life.

For more on Dr. Oz, be sure to revisit his Lunch at Michael's interview.