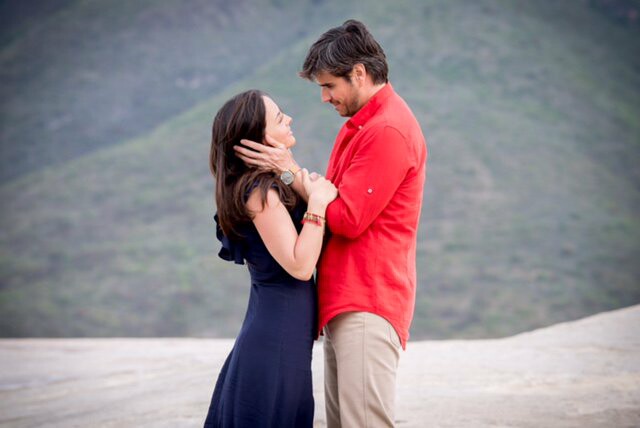 Telenovelas have been the heart and soul of Univision’s programming for as long as I can remember. Some of my personal favorites have included the crime thriller La Madastra (The Stepmother) and the hit comedy Betty La Fea (Ugly Betty).  During its Upfront presentation back in May, Univision executives made clear that their new programming would focus on soccer, news, family, music and drama. Univision’s latest series Mi Marido Tiene Familia (My Husband Has a Family) certainly focuses on family and drama, two words often put together when things go wrong on telenovelas -- and in real life.

Mi Marido Tiene Familia continues the Hispanic household custom of nightly tales of suspense, betrayal and love, but adds big laughs with its hilarious premise and arsenal of characters that many viewers (including me) can attest closely resemble some of our relatives.  We all have a nosy aunt, a jokester uncle or a cousin that just can’t help but mooch off of anyone and everyone.  Something common in Hispanic families and many ethnic groups is that when you marry someone, you also marry their entire family.  Mi Marido very clearly has that relatable theme in mind, but with an unconventional twist.

The series follows Julieta Aguilar, a successful young woman in a seemingly perfect relationship with boyfriend Robert.  They live together as a couple but are not married -- yet.  Julieta’s friends complain about their gossipy mothers-in-law, drunken fathers-in-law and overbearing siblings and relatives, but at first she seems to have no such problems.  Meanwhile, Robert largely dismisses the machismo of his co-workers talking about how the woman’s place is in the home while the man should be the one providing.

The two enjoy their rather quiet, self-kept life together because her disastrous family lives far away and Robert simply doesn’t have one, as he was adopted at a young age.  But all is not as it seems.  We soon find out that Robert, whose real name is Juan Pablo, went missing when his pregnant mother started giving birth to his younger sister in public, and the two were separated.  Robert was never reunited with his family and was later adopted and raised without a real family.

Robert’s mother Blanca, meanwhile, prays every day that she may get some sign that her son is alive and well, successful and living a happy life.  On the anniversary of Robert’s disappearance, which is also his younger sister Daniela’s birthday, the family gets together to celebrate.  But the birthday singing and laughs come to an abrupt halt when Imelda, the matriarch of the family, tearfully lectures the family on how selfishly they are celebrating when Juan Pablo is still missing -- or worse.

When Julieta's and Robert's landlord decides to hike up their rent, the two start apartment hunting and meet Audifaz, a real estate agent who, unbeknownst to either of them, is actually Robert’s uncle.  They unwittingly decide on an apartment that happens to be in the same building as Robert’s biological family.  Julieta and Robert’s lives take a hilarious turn for the worse as horrible first impressions are made before anyone even discovers the true connections between the couple and their quirky new neighbors.

The lighter approach to the series, as well as the collection of hilarious characters in Robert’s family, immediately makes the show enjoyable and relatable, harkening back to the family-centered rom-com megahit My Big Fat Greek Wedding.  One can’t help but compare one’s own relatives to the goofy uncle or guilt-tripping grandmother.

Mi Marido Tiene Familia is telecast Monday through Friday at 9 p.m. on Univision.