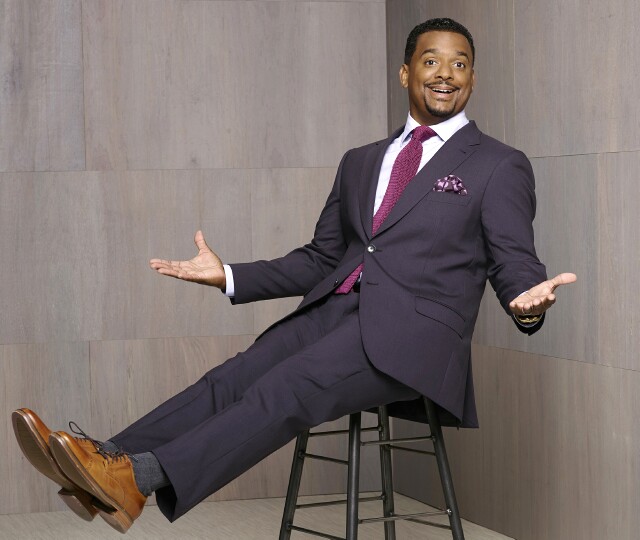 Season 19 champ Alfonso Ribeiro returned to Dancing with the Stars last night to help his friend Frankie Muniz and his former dance partner Witney Carson deliver an energetic jive.  It was a dance that also included a nod to his classic The Fresh Prince of Bel-Air character Carlton Banks by briefly breaking into the famous "Carlton" dance.  After the show the current America’s Funniest Home Videos host was all smiles about having the opportunity to work with Muniz and Carson on the routine, giving the former Malcolm in the Middle star high praise for his devotion to the show and work ethic.  He also delivered some bad news for Fresh Prince when he told me “a Fresh Prince reunion will never happen!”

The series, which ran for six seasons (1990-96) on NBC, made stars of Ribeiro and his co–star Will Smith.  While he has no ill feelings towards the show, he would just prefer to leave it be.  “I would love it if the world would just let it go,” he said.  “It's wonderful that `everyone loves what we did 25 years ago, but I believe in [the present] and the future.  People who live in the past, you are not moving forward.

“We have a saying that if you're standing still you are getting passed,” he added. “So I don't tend to look back and see what's happening behind me.  I continue to move forward and try to create new and better.”

According to Ribeiro doing any type of reboot without the late James Avery, who played the Honorable Phillip Banks and passed away in December of 2013, would be impossible.  “I think if we tried to do a Fresh Prince reunion or reboot or whatever version everybody wants to call it, that we would ruin it,” he said.  “We don't have James Avery; he's gone, so there's no reason to do it.

“I don't say anything about the shows that do it; if that's what y'all think you need to do go ahead and do it,” he continued.  “I don't think Fresh Prince needs to be redone.  Its history; that glimpse you saw of Carlton tonight might be the last time you get a look at him.” 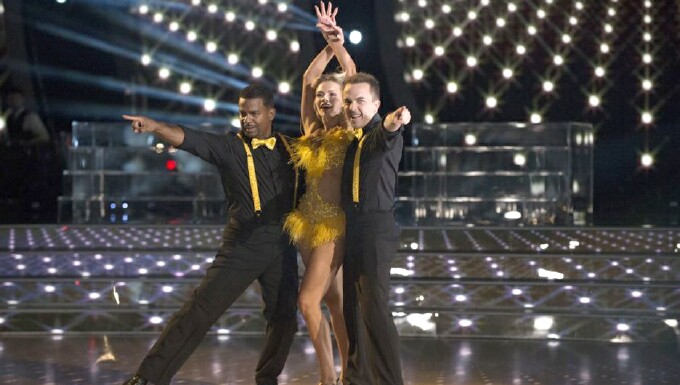 Since his Dancing with the Stars win in 2014, Ribeiro’s career has indeed moved forward.  Following that win the actor landed the America’s Funniest Home Videos hosting gig.  He said to expect an announcement in the coming days about that show moving back to its original 7 p.m. Sunday night timeslot.  “The show is funnier than ever this season,” he smiled.  “I’m loving that.”

Pictured above: Ribeiro with Witney Carson and Frankie Muniz.