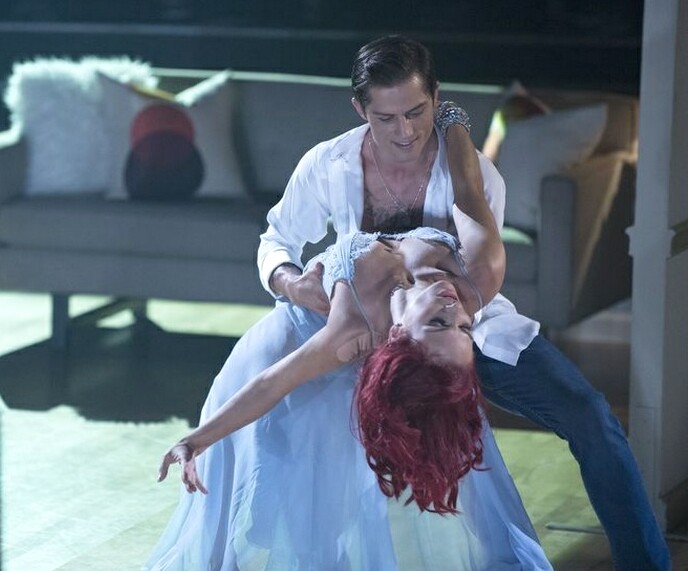 Like many of this season’s Dancing with the Stars competitors, world-champion bull rider Bonner Bolton is starting to feel the burn. After six weeks of strenuous training for the ABC show, combined with continued self-doubt regarding his dance ability, the competition is starting to take its toll. But for Bolton it’s something more -- an aggravated neck injury, sustained while rehearsing this week’s group dance that has the fan favorite concerned, especially after being briefly paralyzed from the neck down early last year when he was thrown by a bull, landed on his head and broke his C2 vertebra. (That was the same injury suffered by Christopher Reeve, but Bonner miraculously regained feeling throughout his body a short time later. Still, surgery and multiple therapies followed.)

“I think I hurt myself in practice Sunday,” a worried Bolton told me last Monday after his dance. “It’s just not feeling too good after jumping off the stage. I had some work done last night to try and help me through today and I was just hoping I could cowboy up and get through the day.”

Injury aside, Bolton pulled off two great routines last week -- a rumba and that group dance with his fellow male competitors -- and while injuries are par for the course on DWTS, when you’ve been paralyzed and undergone extensive spinal surgeries like Bolton, an injury could be life-changing.

“This week I’m getting my neck checked out because it’s kind of a serious thing,” he continued. “It’s fragile and I have to really make sure that that’s priority No. 1 right now. I can’t let a simple dance move keep me from the rest of my life.” 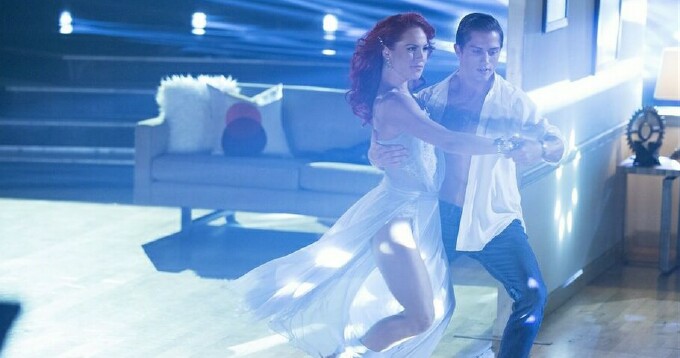 Bolton’s feelings of doubt also crept in as he reflected on Heather Morris’ surprise elimination. Despite competent performances throughout the competition, he admits to being surprised he remains a contender going into week six.

“It blows me away,” he said of Morris leaving. “I obviously feel like I’m the weakest dancer here on the show, so to see Heather leave …”

“I can't convince him that he’s not bad,” chimed in partner Sharna Burgess (pictured at top and above with Bolton). “It’s insane; his lunges were spectacular!”

Last Monday viewers experienced Boy Band Bonner Bolton when he and his fellow male competitors faced off against the seasons’ ladies in a battle of the sexes (pictured below, with Bolton in front). He also rumbaed his way to 30/40 dancing to a Backstreet Boys number for guest judge and BSB member Nick Carter, a competitor in Season 21 of DWTS. 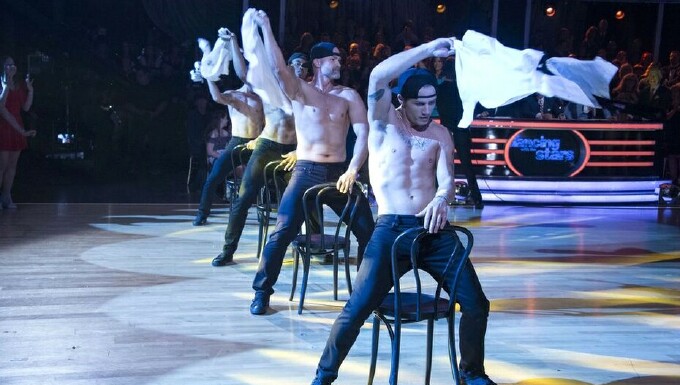 “It was an honor to dance to Nick’s song and with his ex-dance partner,” Bolton said. “The whole experience was surreal.  I had some big boy band shoes to fill for sure.”

“But you crushed it and I was so proud of all four of our boys tonight,” Burgess added. “It was a heck of a week trying to put that [group] number together.  As much as we had fun the team dances are always kind of a nightmare until the live show when they finally come together. This week was no different.”

“It was so cool to be around all the other guys I’m in the competition with,” Bolton admitted. “I see the competitive nature in all of them, the same as myself, but each one of them is an inspiration to me. Everyone’s getting to that point in the competition where it’s starting to be a big workload, so we were all able to share the burden and encourage each other this week.”

According to Burgess, her partner might just be ready to do that boy band thing full time. “His vocal skills are excellent,” she revealed. “He can really sing.”

Bonner Bolton’s journey on Dancing with the Stars continues Monday at 8 p.m. on ABC.