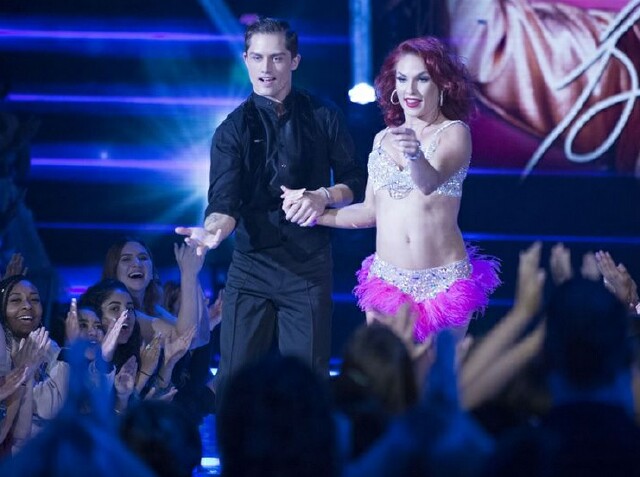 The competition on Season 24 of ABC’s Dancing with the Stars moved into overdrive last night, as each couple competed for a coveted spot in next week’s semi-finals.  With each pair having to deliver two dances, one incorporating another dancer for a trio routine, the judges were looking for “week-eight ballroom prowess.”  Sadly they didn’t see it in charismatic cowboy Bonner Bolton, who along with partner Sharna Burgess received some of his harshest critiques to date and was sadly eliminated at the conclusion of Monday’s show.

The week leading up to last night’s performances was fraught with frustration for Bolton as seen during his pre-dance video package; one that captured unusually tense energy with Burgess and ended with him leaving dance rehearsals dejected and angry.  Judge Len Goodman might have been the one to seal Bolton’s fate with his critique of Bolton’s first routine, an Argentine tango.

“Listen, you got frustrated,” Goodman began. “Please don’t blame the judges, blame the viewers because you have gone a bridge too far.  It’s just where you stop the story and if the story goes too far you’ve got frustration. It’s hard work, but I admire your pluck.”

Ouch! Goodman may have eluded to the fact Bolton had overstayed his welcome in the competition, but the routine was met with a positive response from the studio audience. However, his cumulative score for the night -- 58 out of a possible 80 -- was not enough to see him advance. (Bonner is pictured below, center, with Burgess, left, and dancer Britt Stewart.) 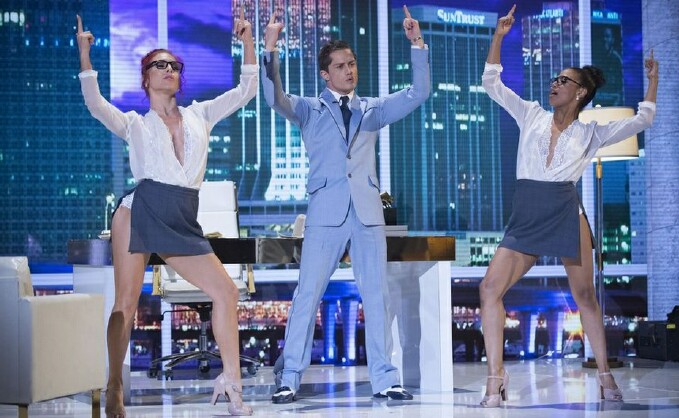 For Bolton, entering DWTS a relative unknown and leaving in week eight with millions of people aware of his story was more than he ever dreamt of achieving. “I can’t believe that from week to week [I was] still here,” he admitted. “It was such an honor to be here with all the contestants that are left, as I think so highly of everyone.

“When I first came on the show watching Nick Viall [who was eliminated last week] move out there, I thought he was a natural,” he continued. “I didn’t really hold a candle to that. The thing is, I do have a lot of heart and I try … and that good old cowboy try will get you a long ways I guess.”

Bolton’s road to DWTS stardom did prove a little bumpy at times. He endured the hours of practice required to compete, all while juggling continual therapy on that neck injury that left him paralyzed a year ago.  Last week the discovery of a dislocated rib put added pressure on his neck.  A chiropractor fixed the issue and he never complained.

He’s also not complaining about the offers that are now coming in. “There are some big things coming up in the future that I know people will be excited about, or hope,” he told me. “There are new things for the cowboy community and my involvement. I can’t reveal anything right this second, but some good things are happening and offers are being made and things being done, so I’m super excited.”

“The sky’s the limit and he can do everything,” added partner Burgess. “He wants to get to acting a little more and obviously he’ll have an amazing modeling career.  I think Bonner has such an amazing story he should consider writing a book that might one day be a movie.  I think people will be interested and inspired by his story and want to see that.”

One thing Bolton is thankful to DWTS for is the opportunity to make a childhood dream come true, when on last week’s show he got to star in his own western.  “I got to live a dream,” he said. “That old wild west outlaw; it has always been a dream to be in a western because I grew up a cowboy and loved them growing up. I’d watch Clint Eastwood, John Wayne, so a big shout out to those guys because they are my heroes.”

The semi-finals of Dancing with the Stars will be telecast next Monday at 8 p.m. on ABC.