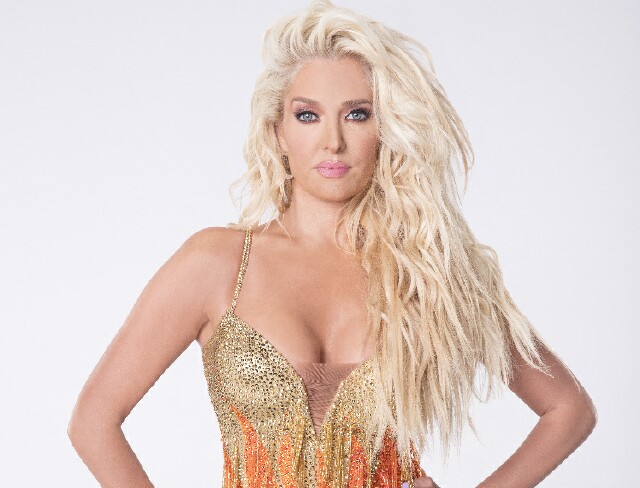 On last night’s emotion-filled episode of Dancing with the Stars, the season’s most dazzling contestant, Erika Jayne, shared her Most Memorable Year (the theme of the evening), which detailed the time she joined an all-girl singing group in her youth. The Real Housewives of Beverly Hills star also danced a cha cha to Madonna’s classic Express Yourself in front of Carrie Ann Inaba, a former back-up dancer to the Material Girl.

She faced some tough criticism from the judges. “I had a good time tonight and wasn’t upset about what the judges said,” she admitted. “They’re here to critique and they’re doing their job.”

Part of that critique involved “toning down the sexy” -- and for anyone familiar with the real Erika Girardi, that’s not what her alter-ego Erika Jayne is all about. “You know some people love it, some people don’t,” she said. “That’s okay. It’s their choice and it is what it is. You have to own who you are. I don’t see why I should be anything other than who I am.”

Jayne will be seen tonight on Part 1 of this season’s The Real Housewives of Beverly Hills reunion special on Bravo.  “The reunions are always emotional,” she said. “There are walk-offs and tears and yelling, all kinds of stuff. I just hope it’s entertaining. I think it is and isn’t that what you want?” 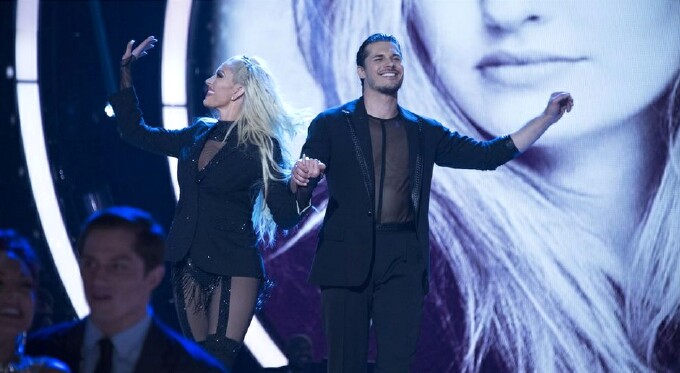 Despite facing elimination last night (though it was Mr. T who went home), Jayne hopes her DWTS journey with pro partner Gleb Savchenko continues. (The two are pictured above.) “You can only go out there, be yourself and do what you can do,” she said. “The rest is really out of my hands and my control.  I had a great time, performed my ass off and will continue to do so next week.  Whatever happens, happens. We gave it our all and I don’t walk away with regret.”

The competition on Dancing with the Stars continues next Monday at 8 p.m. on ABC.