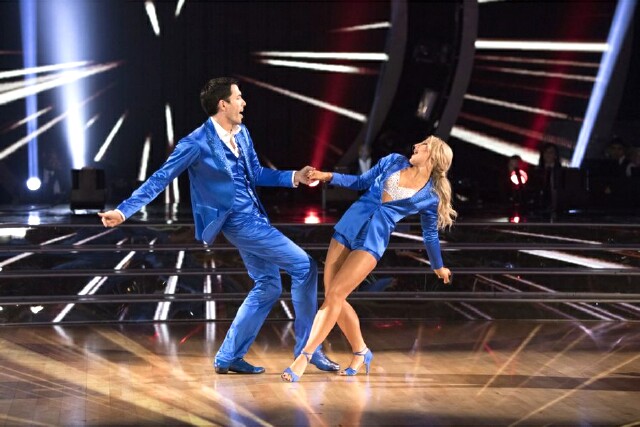 The two-part Season 25 finale of ABC’s Dancing with the Stars began last night – and what a show it was, featuring a standout guest performance of their hit “Por Favor” by Pitbull and Fifth Harmony (pictured below) and each of the remaining four couples having to deliver two dances -- a freestyle and a “redemption” routine.

Kicking off the festivities with the first of their dances were Drew Scott and partner Emma Slater (pictured at top), who were challenged to re-do (or “redeem”) their week six Paso Doblé.  They received high praise, with judge Len Goodman calling it Scott’s "best dance of the season."  Their 36 out of 40 score only solidified that.  Frankie Muniz and partner Witney Carson revisited their week one Foxtrot.  Muniz was praised for his transformation throughout the competition and scored a solid 38 out of 40.  Jordan Fisher and partner Lindsay Arnold revived their week three Charleston, which was vastly improved and was so full of fervor they were awarded a perfect 40 out of 40 score.  For Lindsey Stirling and partner Mark Ballas, it was back to week two and the Quickstep.  Arnold was praised for her improved posture by the judges, who also awarded her a perfect score. 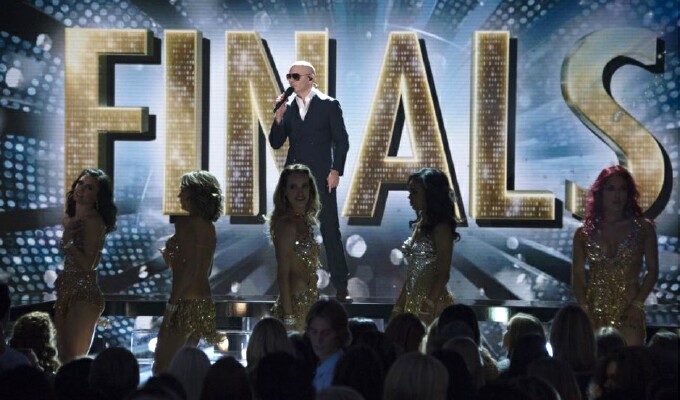 In the freestyle round, Scott proved to be a hot property indeed, scoring 39 out of 40.  Muniz unleashed his inner warrior along with a darker side.  It all worked to his advantage, scoring 38.  Fisher's show-stopping freestyle saw him awarded yet another perfect score.  Stirling also received a 40 out of 40 for her intricate routine that incorporated her day job (playing the violin).

Unfortunately for Scott and Slater the night wasn't so kind when it came time for the night’s painful elimination and they learned they would not be contenders tonight for the coveted Mirror Ball trophy.  "Honestly, just to be in the final four means everything," Scott told MediaVillage after the show.  "I honestly didn't think I'd make it this far and it's all because of Emma."

"There is nothing to be sad about," Slater added.  "There’s no disappointment or bittersweet [feelings].  It's just sweet.  Just to be in the finals, we were absolutely stoked.  We gave it our all this week; the Mirror Ball wasn't the be-all end-all.  Just getting to know this guy and making it to the end [was great]."

"We did everything we wanted to do, and what a way to go out,” Scott cheered.  "To be able to take our personalities in the freestyle and have that quirky fun dance … we had so much fun!  There is so much talent in that final three.  To even be here is a blessing."

While Scott is not leaving DWTS with a mirrorball, he is leaving 34 lbs. lighter and a few belt loops tighter.  "I started out at about a 35-inch waist, and now I'm down to a 33," he revealed.  "I haven't been that since I was 19."

He's also not going to stop dancing anytime soon.  “I'm going to be the most annoying person ever,” he said with a laugh.  “I am going to be dancing everywhere I go.  My brother is going to be all, ‘Stop dancing on the show already!’”

The Season 25 finale of Dancing with the Stars will be telecast tonight at 9 p.m. on ABC.