“DWTS”: Rashad Jennings for the Win? 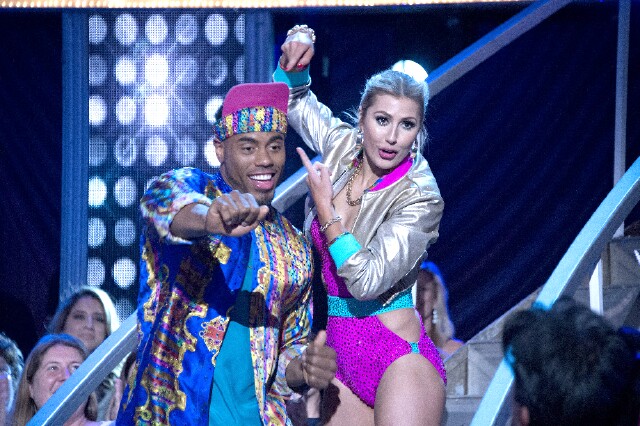 The three remaining couples on ABC’s Dancing with the Stars left everything on the dance floor last night in the first of the show’s two-night finale.  They were each given a do-over (or redemption) dance along with the dance viewers have been waiting for all season – the freestyle!  By the end, it appeared that Rashad Jennings may take home the coveted Mirror Ball trophy at the conclusion of tonight's season finale. But don't discount frontrunner Normani Kordei or come from behind superstar David Ross.

Kordei chose her week-one quickstep for her redemption dance with partner Valentin Chmerkovskiy. (They are pictured below.)  While they expertly executed the routine, the judges critiqued the couple for a lack of body contact, still awarding them 38 out of 40.  However, their freestyle dance, a traditional ballroom- inspired routine designed to visually highlight Kordei’s journey throughout the season, was met with high praise and a score to match: a perfect 40 out of 40. 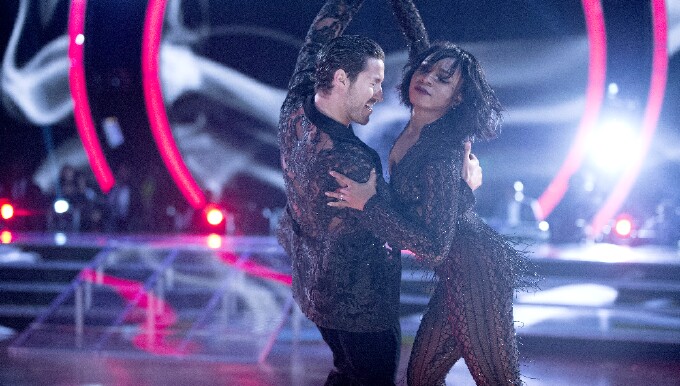 Jennings and partner Emma Slater (pictured at top) opted to re-do his Viennese waltz from week two of the competition.  Praised for his refined movement and polished footwork following the dance, the couple gladly accepted the 40 out of 40 they were awarded. Their hip-hop inspired freestyle dance also had the judges beaming.  “There have been iconic freestyles on this show before and that one is going into the book,” raved Julianne Hough. Receiving another 40 out of 40 for that dance put the couple at the top of the night’s leaderboard with a perfect score.

Ross (pictured below) could not have been happier with last night’s show, mostly due to the fact he was actually still competing!  He did indeed redeem himself with his first dance, the Viennese waltz, a routine he first performed on week four’s Most Memorable Year night.  His vast improvement was noted by the judges, yet was only awarded 33 out of 40 (just two more points than he got for the original performance).  But when it came to his sports-themed freestyle, it was a different story.  He received his first 10 of the season – four of them, in fact -- giving him his first perfect score. 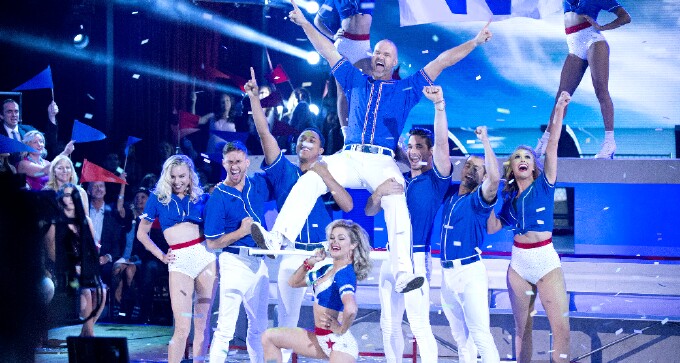 I feel like I have already won,” Ross told me after last night’s show.  “I'm fixing to go to the next rehearsal and cherish every second I can because it's about over.  I'm not worried about the end result.  The journey and it's been a fun one for me.”

Ross remains optimistic about taking home the coveted Mirror Ball trophy and would like nothing more, but it’s his daughter who’s counting on it. “She called me the other day on FaceTime and said, ‘Dad, if you happen to win it is going in my room,’” he said.  “We died laughing!”

Who will emerge the winner of Season 24 of Dancing with the Stars?  Tune in at 8:30 p.m. tonight on ABC to find out.