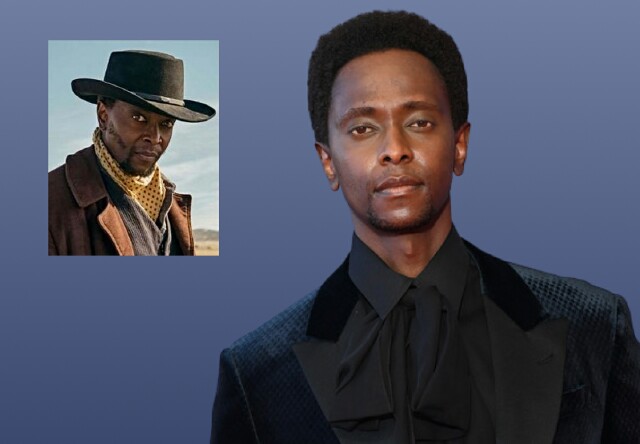 This week we are joined by star of stage and Edi Gathegi who you may recognize from films such as X-Men: First Class, the Twilight saga and NBC's The Blacklist and spin-off The Blacklist: Redemption. He most recently starred alongside an A-list ensemble in Netflix's action-packed western The Harder They Fall, opposite Jonathan Majors, Regina King and Idris Elba, as real-life outlaw Bill Pickett. Edi shares that while the film is certainly entertaining, it's also educational and brings to light the amount of Black erasure in westerns since the Golden Age of Hollywood. He also tells us how actors like Don Cheadle and films like Boyz n the Hood made him feel represented and seen while growing up.

You can listen to the full interview here, or wherever you download your podcasts: Apple, GooglePodcasts, iHeartRadio, Pandora, Stitcher and TuneIn.

The Harder They Fall is available to stream on Netflix.