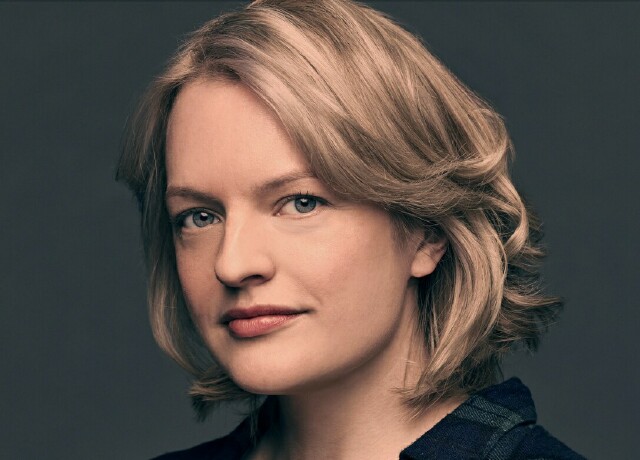 Women's History Month may be coming to an end, but the run-up to season four of Hulu's compelling series The Handmaid's Tale is about to begin. (What a shame that it didn't get here a month sooner, given the context.) After an almost two-year absence the much-honored series returns on April 28, and it is bound to generate as much media coverage as anything else on television this season. Picking up where the story left off, June and other handmaids are on the run after escaping the confines of Gilead, and they soon discover the grass isn't necessarily greener on the other side of the fence. If you thought the evil Aunt Lydia couldn't get worse, on a scale of one to 10 just wait till you see her hit 11. "God, June versus Aunt Lydia," laughed series star Elisabeth Moss while promoting the show during Hulu's presentation at the 2021 Winter Television Critics Association tour. "One of the things that we deal with this season is power, and what real power means and who has it.

"That's what so much of the book was about and what so much of our show is about," she continued. "Power isn't always what it looks like. Power can be dangerous and destructive. Both June and Lydia are seeking power on their own journeys, but perhaps in very different ways and with different objectives."

"This season we've got Lydia in a position where she is just obsessed with June," explained series showrunner and executive producer Bruce Miller. "So much of her personal worth is tied up in what June's doing, and how much damage [June] is wreaking in the world that [Lydia] feels responsible for. It's kind of about who is responsible for someone else's behavior, and how much of those things they take on themselves. Although they are enemies in this story, they're inextricably linked. They spend a ton of time thinking about one another, so it's fascinating to have two people who really would like to be rid of each other but are tangled up with each other all the time."

One significant change to this season is the lack of a home base. That's not to say the claustrophobic confines of previous seasons (the Waterford residence, or Commander Lawrence's) have been completely eliminated. However, with the handmaids on the run, production during the COVID-19 pandemic proved challenging. "Go figure," laughed executive producer Warren Littlefield. "In this year of COVID, we attempted our most ambitious production year because we are out there following this journey. We're out on the road, nomadic, following June's passion, drive and relentless pursuit for change."

Since the series began in 2016 much has changed for Moss, who as an executive producer now has a louder voice behind the scenes. "I was very fortunate to be asked in the first season to be a producer," she shared. "I've had an incredible opportunity to learn from [Miller and Littlefield]. In the very beginning, I said, 'I don't want just the credit, I want to be able to participate. I want to be able to help and be able to also learn.'

"I still am," she continued. "Every day I'm learning from all of our producers. Now I have a production company, and we are doing a bunch of other stuff. That's been the biggest change in my life, taking on [that] role. It takes up more time than I think, honestly. But something I've learned about myself in the past decade is I operate really well under pressure. The more I have to do, the happier I am. I don't feel it's a burden. I feel it's a privilege. No one's forcing me, and I love it. I thrive on it. The more pots I can get my hands into, the happier I am."

The pot Moss was thrilled to get her hands into this season was that of directing. "We started discussions about that in the first season for season two," Littlefield recalled. "We looked at everything that was literally on her shoulders, and we waited and waited. Then Lizzie said, 'I'm ready,' and we said, 'Absolutely, you are.' In this COVID year, we couldn't have put more on her plate.

Littlefield noted that he was concerned about Moss exhausting herself. "We said, 'If you get sick, we can't function.' She said, 'I'm working seven days a week anyway in the middle of all of it as an executive producer with you. I can do it.' That was really all we had to hear."

Moss directed three of the ten episodes that comprise season four. "It was incredibly supportive of Bruce and Warren, and Hulu and MGM," she said of the experience. "I felt I was up to the task after a few years of watching, learning and working with some incredible directors, with the intent of doing it at some point. I [also] had so much support and incredible scripts. Episode three (the first she directed) is one of my personal favorites. Then I had the incredible episodes eight and nine, so I was really lucky with the material that I got.

"As producers we don't give notes to actors on set," she added in closing. "That's the director's job. I'm trained not to judge performances, so I was nervous about that. It ended up becoming my favorite part of the whole experience. I have this incredible cast, so it's like tinkering with a Maserati. You're fixing something, just trying to give them something that might [take] them in a different direction. When you've got these actors, all you've got to do is pluck one little string and suddenly [they] vibrate into this entirely new world, which makes your job very, very easy."

Season 4 of The Handmaid's Tale will begin streaming April 28 on Hulu.